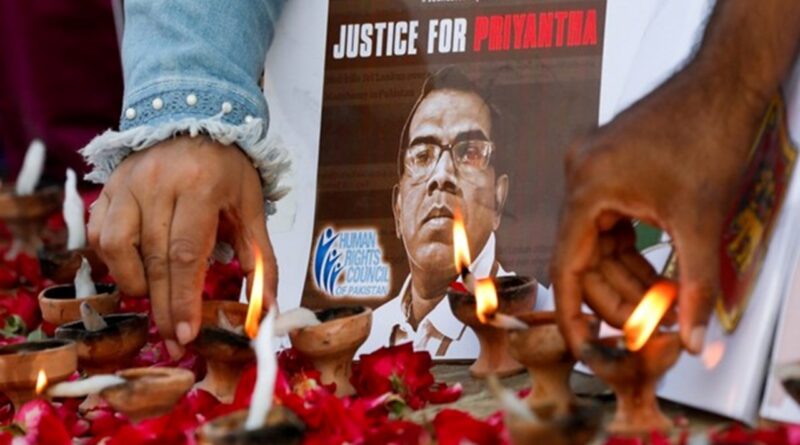 Thinking about the future of Afghanistan, especially in the last year, has been exhausting. You really begin to wonder what future are we looking at with the Taliban fairly in control of the country and the Islamic State, al-Qaeda and other militant groups present in other parts of Afghanistan. The marginally progressive, liberal and comparatively resourceful population has almost all fled the place. The scene of a State and society in tatters gnawed at my heart until I realised that socio-politically, Afghanistan is expanding into Pakistan too. While Islamabad claims the Taliban are inching towards pragmatism, Pakistan is moving towards the original formula of Talibanisation.

I am quite sure this will make the blood of many theoreticians boil, who would quickly point out that it’s flawed to mention Pakistan in the same breath as a failed country because it still has a functional bureaucracy, a strong military institution, and many systems that work. I am sure theoretical nuances wouldn’t have mattered to Priyantha Diyawadana as he was attacked and burned by a roaring crowd of Tehreek-e-Labbaik (TLP) supporters in Sialkot. The unfortunate man was just doing his duty as a general manager, asking the workers to clean the premises and remove all needless material from the walls that included TLP posters, as the company was coming up for a foreign audit. To the jubilant young men, who took selfies with the burning body of the Sri Lankan manager, the State must have appeared like ashes to be stumped under the feet.

For those of us in Pakistan who are horrified by photos of Taliban whipping women or beheading people, it would be educating to attend the court hearing in Sialkot and see that the average age of most suspects in the Diyawadana murder case appears to be under 30. Some will argue that, while highly unfortunate, such violence happens all over the world. This kind of view tends to shy from the reality that these young men (the suspects) are not just random miscreants but imagine themselves as a new force shaping the face of the State and society. In their minds, they are taking the State in the direction that those like Allama Iqbal, who wanted Islamic republicanism, would like – but with a far heavier ideological colour than Pakistan’s national poet may have imagined. After all, didn’t the late TLP leader Khadim Rizvi constantly refer to Iqbal? This is not the story of a single murder but a natural outcome of the direction Pakistan’s identity is taking.

Socio-politically, Afghanistan is expanding into Pakistan

How religion shapes the State

I remember a conversation with renowned Pakistani scientist and activist Pervez Hoodbhoy during the 2000s, when he was hopeful that the military would not let the situation get out of control and would harness the extremists it had produced to fight in Afghanistan and other fronts. Hoodbhoy imagined the military as a pragmatic and somewhat secular force. But the mistake was not only his, as many policy wonks around the world had a similar view at the time– equating alcohol-consuming Generals with secularism. Many international observers also made the mistake of ignoring the fact that it was the pragmatism that would eventually kill Diyawadana, and Pakistani society along with him. The consistent use of religion to maximise power has stacked up the odds against any form of normality. Today, there is no one in Pakistan’s civil or military leadership who has the power to condemn the TLP directly. The current Army Chief, Qamar Javed Bajwa, with his controversial background, is least capable of taking any action. It was Bajwa who had recently got a group of men together to negotiate a deal for the religious party to back down from its march towards Islamabad.

He was incapable of forcing his choice on the TLP, mainly because he thought of the religious party as a useful tool for future purposes, but also because many of his own men are tied to the ideological agenda of the issue of finality of the Prophet (Khatme Nabuwat) and blasphemy that TLP parrots. Furthermore, why forget that the TLP was trained in violence and allowed to get away with murders of police officials during their earlier protests against the Nawaz Sharif government. The army, instead of coming to the aid of the civilian government, had encouraged and even participated in the violence and paid money to the TLP. In fact, the army played an instrumental role in diverting the urban trader-merchants away from the Deobandis to the Barelvis. Important to note that,just as the killer (Mumtaz Qadri) of former Punjab governor Salman Taseer was supported and helped by traders of Islamabad and Rawalpindi, sources said that the traders in Sialkot are providing assistance and moral help to lawyers pleading the case of those arrested in the Sri Lankan manager’s murder. In any case, the defence minister tried to downplay the violence as something ordinary.

Allama Iqbal was one leader who did not support the Khilafat movement but wanted an Islamic democracy where religious thought could be developed to shape the future of the State and society. He believed that ijma (consensus amongst religious scholars or community), which is an important source in Islamic jurisprudence, especially the principles that trickle down from companions of the Prophet, are not binding on future generations. The communal thought must be developed. The only problem with this formula was that, while all efforts were made by successive Pakistani leaderships to create and emphasise the religious nature of the State, nothing was done to consciously develop the political discourse.

Today, there is no one in Pakistan’s civil or military leadership who has the power to condemn the TLP directly

As regimes kept developing religious institutions like the Federal Shariat Court, the Council of Islamic Ideology, the blasphemy laws, the Qisas and Diyat laws and much more, the State was allowed to keep using British laws and governance system. Every time a leader wanted to negotiate and bargain for more power, they would use religion as a tool and add to the cultural value of religion, and in the process reiterate the significance of traditional ijma.

Not Iran or Saudi Arabia

Over the years, Pakistan has arrived at a point where we are neither like Saudi Arabia nor Iran. The absence of a monarchy makes it difficult for a ruler to impose a certain religious formula or change the direction of society towards less religion. More importantly, it does not have an alternative identity, which in the case of Saudi Arabia is being Arab, to fall back on to secure a sense of nationalism that does not depend on religion. Pakistan’s ruling elite consistently discouraged people from embracing multiple ethnic identities. Even Mohammad Ali Jinnah spoke about the ‘menace of provincialism’. While competing ethnic identities were discouraged, competing sectarian ideologies were encouraged. A religious State and society is the only natural direction but the problem is that, unlike Iran, Pakistan lacks a single faith. The presence of multiple competing sectarian ideologies complicates life. Thus, violence becomes a necessary tool through which various religious groups compete for greater influence. So, like the Taliban, use of force and violence will be used to impress the audience, control their imagination and maximise power.

However, there are the non-religious parties that may not compete in violence but are equally willing to use the popular religious narrative to compete politically. The issues of constituency politics has made the Pakistan Tehreek-e-Insaaf (PTI), Pakistan Muslim League-Nawaz (PML-N), or the Pakistan Peoples Party (PPP) all look alike as far as the religious card is concerned. They parrot the ideological position of Deobandi and now Barelvi religious gangs. Could the PPP – known as liberal and more capable than other parties to build legal/institutional mechanisms (the 18th amendment being a case in point) – provide an answer? Unfortunately, the party leadership has its limitations in the face of constituency politics, as visible from its candidate in the Lahore by-polls using the religion card as part of his campaign.

Religion as a negotiating and power maximising tool is used across the board – main political parties, ethnic nationalists, and even separatist movements. In Balochistan, for example, the Balochistan Nationalist Party and the Pashtunkhwa Milli Awami Party have joined hands with Maulana Fazlur Rehman to fight their battle for political survival. In another corner of the province in Gwadar, separatist leaders have instructed people to support Maulvi Hidayat-ur Rehman of Jamaat-e-Islami against the mainstream political parties or even Baloch nationalist parties that continue to subscribe to democratic principles for Baloch rights. It is heartening to hear about the progressive women marching for their rights in Gwadar. But a less talked about fact is that different mafias are aiding the maulvi, perhaps even playing to the tune of global China-US rivalry, in supporting Rehman to use the religion card for propaganda against Chinese clubs, wine factories and coastal city development in Gwadar. It is sad to see mullahs becoming the only available tool for locals to protest Chinese expansion. The fact that diverse political groups use the same tool – religion – is less a commentary about them and more a reflection on the nature of the State – it only has room for religion and religious narrative. One would have wanted it to turn into a Sunni Iran but to reiterate an earlier point, in the absence of a singular ideology it will only end up with more violence and chaos.

Tragically, the dark days of General Zia’s brutality seem lighter today. Particularly because a dissident then would land in Attock or Lahore Forts, or any other State-run torture chambers. If one survived all of that, the person would get respect from society. Now, the fate of any dissident is as precarious as Diyawadana’s – society cheers or remains silent to finish the job of the State that has almost made it a habit to feed its opponents to mob violence. It feels worse than Kabul.

Ayesha Siddiqa is Senior Fellow at the Department of War Studies at King’s College, London. She is the author of Military Inc. She tweets @iamthedrifter. Views are personal