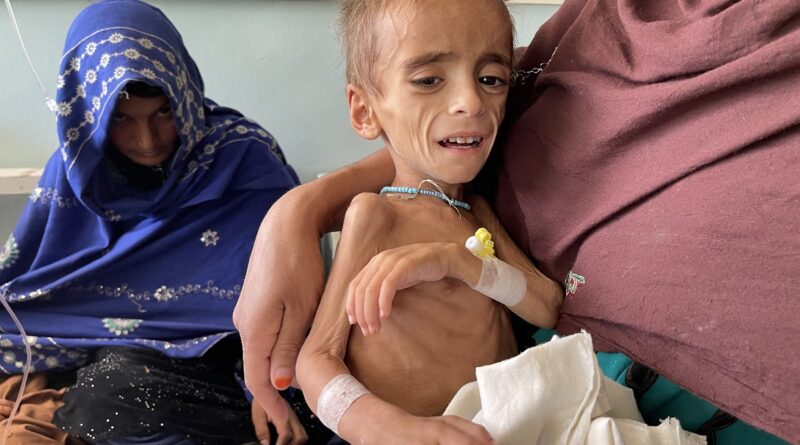 Life under the Taliban

Four months on from the occupation of Kabul by Taliban forces, Afghanistan is suffering a severe humanitarian crisis. Meanwhile, new details have emerged of the circumstances of the Taliban takeover. Nicholas Nugent reports

The Taliban’s assumption of power in September last year may have brought at least a lull in Afghanistan’s long-lasting civil war. But in its wake the country faces a major humanitarian crisis.

The United Nations World Food Programme (WFP) says 98 per cent of the country’s 40 million population do not have enough to eat and the UN Children’s Fund, UNICEF, says a million children could die unless food aid reaches them soon.

The change of government coincided with a severe drought, limiting the country’s ability to meet its own food needs. Additionally, at this time of year Afghanistan is desperately cold and many people, especially in rural areas, face as great a challenge to keep warm as to keep hunger at bay.

NATO governments which pulled troops out of Afghanistan last August are providing humanitarian support through the UN and voluntary agencies to avoid dealing with the Taliban government. The former World Bank representative in Kabul, William Byrd, says the Afghan Trust Fund should be repurposed to give assistance directly to those in need. Meanwhile, member nations of the Organisation of Islamic Cooperation (OIC) met in Pakistan to plan their own programme of relief aid.

The new government has been unable to pay its employees, or doctors, nurses and other essential workers

Compounding the hunger emergency is a liquidity or cash crisis. After the Taliban took over the government, the US froze Afghan assets abroad and the inward flow of funds from foreign governments fell by as much as four-fifths.  ‘If you turn off that [foreign aid] tap, no country could withstand that kind of economic shock, whatever the motivations,’ said Mary-Ellen McGroarty, WFP’s Afghanistan director.

As a result, the new government has been unable to pay its employees, or doctors, nurses and other essential workers, so acute is the shortage of cash. Reports from the north of the country suggest even Taliban militia have not been paid. If true, that presents an additional challenge to Taliban leaders anxious not to lose the loyalty of their foot soldiers. (Some, but not all, Taliban fighters receive a monthly stipend of 5000 Afghanis – equivalent to US$47.)

One consequence of the cash crisis is the Taliban’s decision to generate money by growing and exporting opium, potentially restoring Afghanistan to the position it once held as the world’s major source of opium and its derivative heroin. Taliban say they will also export cannabis – another quick fix way of making money but a worrying move for neighbours and other countries where drug-taking is illegal. The announcement led one adviser to the former government to describe the Taliban as ‘not a functioning government, more a crime syndicate supported by poppy money’.

During their previous period of rule from 1996-2001, the Taliban established a reputation for maintaining law and order by disarming their mujahedin rivals. This time the main security threat they face is greater: the Afghan branch of Islamic State, known as IS-Khorasan, who have launched several devastating random attacks since the one near Kabul airport in late August during the mass evacuation, causing heavy loss of civilian lives.

With al-Qaeda also threatening the Taliban’s hold on power, the new rulers cannot offer the people a peace dividend. Instead, civil war will continue, though without NATO involvement it is now mainly Afghan against Afghan.

Also, representatives of the former government and the Northern Alliance, the movement that brought it to power, are reported to be coalescing across the country’s north-western border in Tajikistan, where the son of the legendary alliance leader Ahmed Shah Massoud is based.

The Taliban are counting on their own security battalion, named Badri 313 after the number of troops led to victory by the Prophet Muhammad at the historic battle of Badr. Janes Intelligence Review says this fighting force of up to 5000 men, which has provided security in Kabul, is now taking the battle against the Taliban’s Islamist rivals into the provinces. The Review says only fighters intent on martyrdom – istishhadeyeen in Arabic – are recruited to this elite unit, on which the government depends if it is to hold onto power.

In mid-December the United Nations Human Rights Council said it had seen ‘credible allegations’ that the Taliban had executed at least 70 officials of the previous government and put their bodies on public display. ‘This had exacerbated fear among this category of the population,’ according to Nada al-Nashif, the deputy UN high commissioner for human rights.

The report appears to undermine the movement’s claim to have granted an amnesty to former officials.  A Taliban spokesman said the government remained committed to such an amnesty and any breaches would be investigated. The UN body also heard reports that members of IS-Korasan had been hanged or beheaded.

The Taliban’s willingness to talk to the media is a significant change. They appear to have overcome their antipathy to television and are now making use of the media to win support across the country and beyond. In this way they have advertised their more moderate policies, such as clemency to those who worked for the previous government, but have been unwilling to justify their refusal to allow high school education for girls or government jobs for women.

Talking to the media may be a public relations exercise towards the outside world since the group have won little international support or recognition to date. Most foreign embassies closed when the previous administration fell, but those of China, Malaysia, Turkey and Pakistan remained open and in dialogue with the new government.

Realists among the Taliban leadership know they need urgent help if the population is not to suffer from hunger and cold, and they know it cannot all come from a few friendly, mainly Islamic nations.

The way representatives of other countries left in a hurry, taking many educated Afghans with them, has left the new government feeling beleaguered. They may have won the ‘foreign’ war but are far from managing the peace.

Meanwhile, another version of how the Taliban conquered Kabul has emerged. While President Ashraf Ghani fled the country with senior officials, his predecessor, former president Hamid Karzai, stayed on in Kabul with his family, having tried to broker a deal in which the Taliban came to power in coalition with President Ghani’s ministers. Karzai blamed Mr Ghani’s flight for the failure of the deal.

He told Associated Press that after Mr Ghani fled the country with Kabul’s police chief and corps commander, he invited the Taliban into the city ‘to protect the population so that… the city doesn’t fall into chaos and the unwanted elements who would probably loot the country, loot shops’.

Mr Karzai says he meets regularly with the country’s new rulers. If they are to win their fresh battles and keep the people fed – and open relations with foreign powers – it seems likely the former president will play a role.

Nicholas Nugent has visited Afghanistan under all regimes, including when the Taliban were previously in power