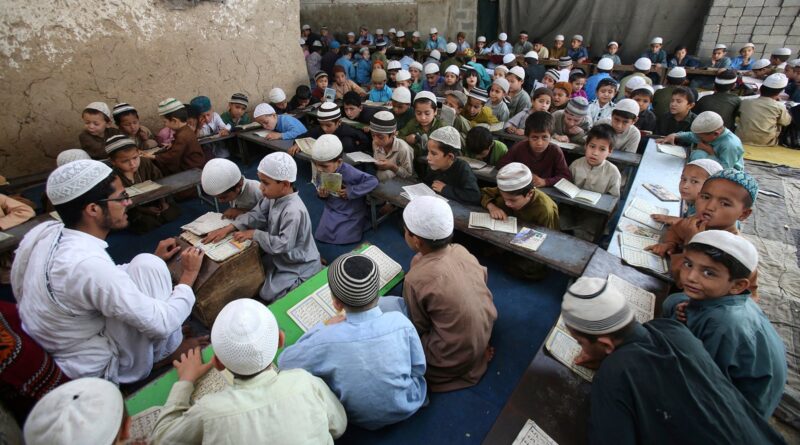 The Mutawwa are coming

As religious ideologues tighten their grip on the education system, Pervez Hoodbhoy wonders what ever closer ties between state and religion will mean for Pakistan’s future

‘Mutawwa’ is Arabic for the once-feared Saudi religious police. Tasked to implement behavioural standards set by oil-fuelled Wahabism, its wings have been clipped by the ongoing liberalisation sweeping the Middle East. But, under Imran Khan, Pakistan is flying elsewhere. To implement the government’s new Single National Curriculum (SNC), strict religious policing of public and private schools has begun. A Pakistani version of the mutawwa is emerging.

Marked as ‘Court Case – Most Important’ in a letter dated November 10, 2021, the School Education Department of the Punjab Government issued a directive that, as per orders received from the Lahore High Court, all schools in the province must be rigorously checked for Quranic reading/nazra skills. Each school will be jointly inspected by the head of the district education authority and a district & sessions judge. Cell-phone numbers of school principals and teachers, together with a list of several hundred schools targeted for inspection, have been provided.

Reading the Quran under a maulvi’s supervision has been a normal, age-old practice in every Muslim household – including that of the writer. But dispatching law-enforcers to impose a tradition is new and bizarre. Preliminary reports suggest province-wide confusion and chaos, and a state of fear among children, teachers and school principals.

Dispatching law-enforcers to impose a tradition is new and bizarre

Magistrates accompanied by rifle-bearing policemen are pouncing upon schools, interrogating seven-to-12-year-old children. Their teachers are ordered out of the classroom or asked to stand silently in the corner. In some cases, school principals have been told to present themselves in person before authorities located in various parts of the province.

Punishments are being handed out. Recently, a sessions judge in Nankana Sahib recommended disciplinary action against three school principals. They were accused of paying insufficient attention to Quran teaching as a separate subject, a requirement of the SNC. Included in the charge sheet is that their schools had ‘students who had Paras of the Holy Quran and were keeping them in their school bags which is gross negligence’.

This needs explanation. As the reader may know, no copy of the Quran can be kept together with ordinary books. Visiting magistrates accuse children of bringing Quran copies from home inside their backpacks together with their textbooks. But what else can the kids do? Carry two backpacks? Rudimentary schools, such as they exist in villages or poor urban areas, have barely enough sitting room and no storage space. Cupboards, if any, are few while those with locks are still fewer.

Magistrates have also noted that backpacks are thrown around or placed on the floor. According to a school principal, in his school at least four accidental drops of the holy book have occurred in a sixth grade class. While these caused a stir, subsequent developments could not be known. The severity of punishments – which could possibly include those for blasphemy – means that such incidents are generally hushed up unless they are to be wilfully used against rivals.

These are not the only matters that school principals and teachers are worried about. Traditional respect requires that none can turn his/her back to the Quran. What is one to do in a classroom packed with kids? As for wuzu: a majority of schools have no proper toilets or clean water but, as is well known, none may touch the Quran without being properly cleansed.

Ideologues in government have seized the reins of power

Using a disguised identity, a female teacher wrote that proper cleansing is particularly problematic for female schools – and even more for mixed schools. As per normal requirement no girl, or teacher, may touch the holy book while menstruating. But the topic is so tabooed that none dare mention it in front of students or higher ups. Could this – rather than laziness – be why some female Quran schoolteachers were unable to explain to the inspection teams their absence from class?

Paradoxically, the squads going from school to school across Punjab are meant to check Quran-teaching standards but their own members are deficient in an important way. SNC prescribes Quran teaching with proper tajweed (pronunciation) of Arabic words. However, this is beyond the capacity of most Quran schoolteachers in the area because they are rarely able to pronounce the letters ‘Qaf’ and ‘A’in’ as in Arabic.

Exceptions are madrassa graduates who spend their lives honing the skill of accurate recitation. Thus, if the tajweed requirement is to be fulfilled, logically such persons will have to be inducted as regular teachers. This runs counter to emphatic denials made by the education minister, Shafqat Mahmood, who claims that the existing school system is not being madrassa-ised.

What drove the Lahore High Court to issue its orders so speedily? What was the urgency, given a thousand other pending complaints concerning property disputes, theft, fraud, child abuse, rape, and murder? The answer is before us: ideologues in government have seized the reins of power. As in Afghanistan, the population is now at their mercy.

It was not supposed to be this way. Recall that Imran Khan’s SNC was initially advertised as means towards equal opportunities for the rich and poor, regular schools and madrassas. And – this is the most unbelievable part – also about raising the quality of education. So, are we about to see magistrates with armed guards inspecting school laboratories and frequency of science practicals? Checking if libraries are adequately stocked or that toilets are in working condition? Will these squads tell 25 million out-of-school children where to find schools and teachers? Hell is likely to freeze over before that happens.

The fortunate among us will recall school days as being carefree and filled with joy, laughter, and play. This is how it is in much of the world, and this is what every child should have. Afghanistan’s children are not so fortunate and now the children of Naya Pakistan are beset with similar misfortune.

Grim-faced magistrates swooping down upon schools, destroying the authority of teachers and school principals, and putting terror into the hearts of all is a disgrace to the notion of education. It may not end here. How we dress, speak, and think is going to be increasingly policed. Imran Khan’s Pakistan is racing down the path to Talibanisation.