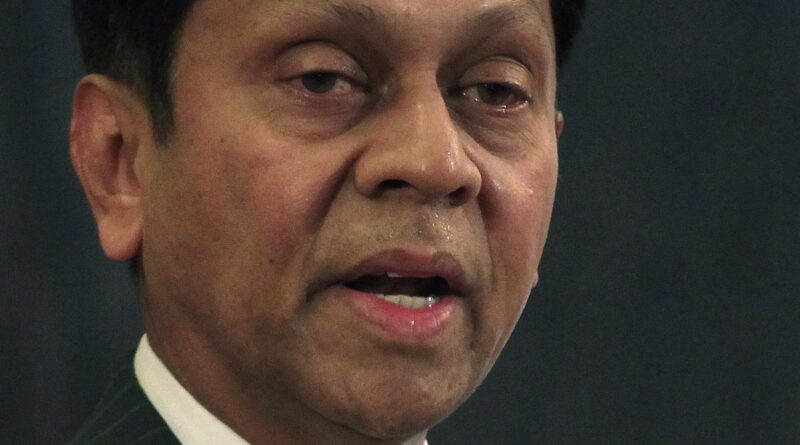 Facing a political and economic cataclysm, Sri Lanka’s besieged government has turned from China to India in search of support. Neville de Silva  assesses this change of direction

Though Sri Lanka is a multi-religious nation, with all the world’s major faiths practised there, it has its share of non-believers. However, today it should come as no surprise if the atheists and agnostics are seen at places of worship where thousands gather at prayer as they always do at the start of a new year.

Unprecedentedly, those who claim to belong to no faith will be among them, also seeking solace from the deities – but only because the ‘gods’ they elected to office two years back have failed to meet their lofty promises, ending in a messy exercise in governance.

Right now, they and other citizens are weary of the discussions they have heard for well over a year on the economic theories of Maynard Keynes, the principles of Friedrich Hayek or of Modern Monetary Theory (MMT), as TV confrontations between economists, academics and politicians grappling with the government’s sudden and arbitrary policy twists and turns grow increasingly acrimonious and abstruse, leaving many untutored parliamentarians gasping for understanding.

Shortages of food, medicines and other household essentials have provoked public ire

What has provoked the ire of believers and non-believers alike are the shortages of food, medicines and other household essentials they face. Whatever foods are available are at unconscionable prices beyond the reach of most people, except perhaps the ruling class and its cohorts.

And when they try to cook what little rice and vegetables they manage to buy, there is always the danger of gas cylinders exploding in their faces, or fires in the kitchen killing or injuring people and damaging homes, as has happened around the country hundreds of times in the past two months.

Some blame gas providers and distributors for tampering with the composition of the gas to make larger profits, while another government committee plays Sherlock Holmes.

The prestigious Sunday Times captured the mood of the country and the people in an acerbic editorial back in late December:

‘No cooking gas; no fertiliser; no medicines; no milk powder; no vegetables; no trains; no post office; no imports; no foreign exchange; no Parliament and it looks like no Government. The only likely import is Omicron, the new Covid-19 variant,’ it said.

As though to rub salt into an already festering national wound, the recently installed governor of the Central Bank, Nivard Cabraal (a politician from the current Gotabaya Rajapaksa ruling party instead of a non-political choice), who had already served an eight-year stint in the same position in the previous administration of President Mahinda Rajapaksa, will receive a pension for his previous term at the tiller.

‘The only likely import is Omicron, the new Covid-19 variant’

When he finishes his current tenure – which many wish would be soon –the pension will be on his current inflated salary: 2½ times or so more than one of his recent highly qualified predecessors, Dr Indrajit Coomaraswamy.

Coomaraswamy served as Director of Economic Affairs of the Commonwealth Secretariat in London, having earlier worked at the Central Bank in Colombo. No previous Central Bank Governor, it appears, was entitled to a pension.

While the government claims it has no money, it agrees to an unprecedented 400,000 rupees monthly salary for Cabraal, an accountant, not an economist like previous governors. In recent months he has been active printing money to meet government deficits, clashing with several economists who insisted that increasing the money supply would result in inflation.

Despite Cabraal’s rosy scenario, the Central Bank’s own statistics show that inflation is not only rising – the annual inflation rate rose to 9.9 % in November from 7.6% in October–it is the highest inflation rate since February 2013.

Sri Lanka, like the Titanic, is slowly sinking but the band on board plays on. Recently, the Board of Investment that is meant to attract foreign investment had planned to recruit some 30 reportedly highly qualified persons from the private sector at huge salaries, while the Board’s chairman himself sought a huge salary boost. Those appointments were approved by the cabinet.

Strong protests by senior staff and trade unions finally led to the resignation of the Board and its chairman. But others, including retired and serving military officers holding civilian jobs, continue, seemingly unperturbed by conflicting and short-sighted policies, confused governance and rising opposition from unions and the public, including farmers who have taken to the streets.

How chaotic government policy is was exposed by Ravi Jayawardena, President of the National Chamber of Exporters. While exporters are urged to add value to their export products, they cannot import the material needed to add value because local banks refuse to release foreign currency due to plunging foreign reserves.

‘So what do exporters, especially the smaller ones, do in this tangled policy web?’ Jayawardena asked pertinently.

In the midst of this confusion, the government has to make a sovereign bond payment of $500 million by 18 January. This it will surely meet. But in the following 12 months, Sri Lanka has to meet foreign debt obligations amounting to some $7.3 billion, including $1 billion due in July.

Caught in this bind and while parliament was still debating his maiden budget, Finance Minister Basil Rajapaksa – the fifth of the clan in the cabinet–hurriedly flew to New Delhi instead of Beijing (as Sri Lankan leaders are wont to do), seeking an immediate bail-out.

With Sri Lanka’s foreign reserves running precariously low–at the time of writing below $1.2 billion, barely enough for one month’s imports–the government that treated China as its ‘Godfather’, turning to Beijing in times of need and also sometimes needlessly, did a sudden switch as it embraced New Delhi– a sign, perhaps, that its options were fast running out.

Perhaps it was to avoid embarrassment over an unexpected diplomatic spat regarding a $49 million organic fertiliser deal with a Chinese company. It caused a real stink when Sri Lankan experts turned down a consignment because, they claimed, the samples were contaminated with harmful bacteria. The Chinese company rejected the charge and demanded payment.

Although the dispute is now partially settled, with Sri Lanka agreeing to pay $6.7 million, China will not forget the original slight.

Meanwhile, if Colombo expected India to respond quickly to requests for extended credit lines and currency swaps to pull it out of its foreign currency crisis, it has been disappointed. India has decided to play coy, wanting further discussions.

India has issues it wants to ensure will be settled, unlike in recent times, when Colombo reneged on agreements. New Delhi will want its pound of flesh, especially with China stamping its footprint all over Sri Lanka. But right now, it is less demanding than Shylock.