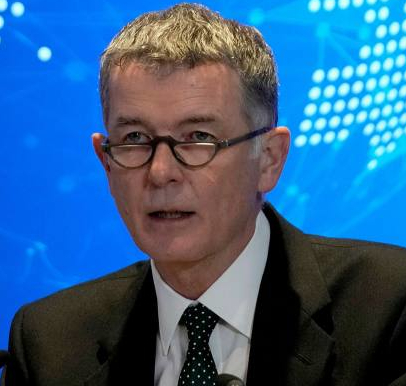 The spy with no new secrets

While the head of Britain’s Secret Intelligence Service, MI6, has warned of a security threat from China,  Duncan Bartlett believes Britain`s top spy is struggling to restore credibility after errors in Afghanistan, and seems out of his depth on Asian issues

How can we tell if spies are honest, effective and good value for money? Surely, people who work in secret will always try to avoid our scrutiny. Nevertheless, when they appear in public, we have a duty to try to discover whether they are up to the job, even if they try to duck demanding questions.

Real spies sometimes complain about being stereotyped. Yet they also often seem to find it convenient to hide behind the caricatures presented in films or on TV, especially when applying for funds from the taxpayer.

When the head of Britain’s Secret Intelligence Service MI6, Richard Moore, made media appearances in December 2021, he tried to reassure the press that he leads a trustworthy team, which deserves more money.

Cameras are deployed extensively in Xinjiang to keep track of Uyghur Muslims.

Yet MI6, currently costing around £3 billion a year, has recently suffered severe blows to its reputation, especially in relation to Afghanistan.

Mr Moore stressed the global nature of his department`s work and said he wants to hire more technically-minded staff from diverse backgrounds. He added that knowledge of an Asian language is a particularly useful skill in this new era of espionage.

Standing at a lectern reading his speech through a pair of half-moon glasses, the MI6 Director resembled a stern university professor rather than a daring secret agent. He seemed to want to be regarded as an expert in East Asian studies.

During the address – and in subsequent interviews with the BBC and the Economist – Mr Moore said that China is the most pressing priority for the Secret Intelligence Service. My ears pricked up, eager to hear some secrets. I have heard many speeches about China, but I was disappointed that this one lacked any exciting new material. Of course, it could be that for security reasons, the Director chose to redact secrets garnered by his spies. Yet it seemed to me that the majority of what he said was gleaned from reading newspapers, or watching the news on television.

‘The Chinese intelligence services are highly capable and continue to conduct large-scale espionage operations against the UK and our allies,’ said Mr Moore.

Dramatic as that may sound, it’s hardly a surprise. No country – not even the Soviet Union at its peak – has spied in such a comprehensive way as China, as Xi Jinping seeks to expand the reach of the People’s Liberation Army.

‘They’ve got more people than we could ever dream of having. They are going to collect as much data as they can get, put it in a big data pool and use artificial intelligence, use machine processing to then target us,’ Larry Pfeiffer, a former CIA chief-of-staff, said in a recent interview on NPR. ‘I mean, it is scary,’ he added.

Richard Moore did not use the word ‘scary’ when he spoke to the media in London but there were some alarming phrases. He accused Beijing of attempting to ‘distort public discourse and political decision making’.

You don’t need to be an expert in espionage to connect his remark to the actions of the Chinese Intelligence Agency in Australia, which infiltrated parliament and tried to swing decisions in China’s favour.

That blatant attack on democracy caused a major diplomatic storm and was a key factor in driving the Australian Prime Minister, Scott Morrison, to commission a fleet of nuclear submarines in 2021.

Mr Moore also claimed that China is exporting technology that enables ‘a web of authoritarian control’ around the world. He was likely referring to surveillance cameras, fitted with facial recognition software, which China uses to spy on its citizens. The cameras are deployed extensively in Xinjiang, to keep track of Uyghur Muslims.

Again, you don’t need to be a spy chief to have picked up on human rights abuses in Xinjiang, as they have been extensively covered by the international media.

The Chaguan column of the Economist magazine, which reports on Asian issues, explained its conclusions on December 11, 2021: ‘Even if China’s own policy papers and work reports, public procurement documents and official speeches are the only evidence taken into account, its government is indisputably committing horrors in Xinjiang.’

China responds by saying the international media is spreading misinformation, and there sometimes may be exaggeration as the situation has become politicised.

Nevertheless, there is a mass of evidence from investigative journalists and human rights groups that mosques have been demolished in Xinjiang and Muslims have been detained for owning a Koran, or praying in public.

Mr Moore is no doubt being guided in his approach to Asia by the Director of the American CIA, William Burns. Earlier this year, Burns announced the establishment of a China Mission Center inside the agency, chaired by him personally, to encourage units to coordinate their work. As a member of the Five Eyes Intelligence sharing pact with the US, Britain’s MI6 is obliged to offer information about China to the Pentagon.

So, what are we to make of Mr Moore as a political analyst? How much insight has he gained on China’s policy in Asia? He warned of the debt traps set by China for developing countries, such as Sri Lanka. This is hardly news. We have been covering that issue in this magazine for years.

‘Beijing’s growing military strength and the Chinese Communist Party`s desire to resolve the Taiwan issue, by force if necessary, also pose a serious challenge to global stability and peace,’ he said.

Everyone knows that if the Chinese invade Taiwan it would have disastrous consequences. It’s a danger which is discussed constantly at political meetings and conferences and it is no secret that mounting tension on the Taiwan Strait is a major concern for President Joe Biden.

Mr Moore continued: ‘Beijing believes its own propaganda about western frailty and underestimates Washington`s resolve. The risk of Chinese miscalculation through overconfidence is real.’

But it is doubtful the Director of MI6 knows much more than anyone else about what a US president would really do in the event of an attack on Taiwan. After all, MI6 made serious errors in relation to appraising Joe Biden`s decision to withdraw American troops from Afghanistan in the summer of 2021.

The chairman of the House of Commons Foreign Affairs Committee, Tom Tugendhat, said in parliament that there had been an ‘intelligence failure’, while former British Foreign Secretary Dominic Raab told the committee that he had been informed by the intelligence services that Kabul was ‘unlikely’ to fall to the Taliban, even though it was overrun in hours, leading to humiliation for the US and British forces and causing many Afghan casualties.

On the outlook for international terrorism, Mr Moore said that the Taliban takeover of Afghanistan had provided ‘a moral boost’ to the militants. ‘I won’t soft-soap it: the threat we face is likely to grow now we have left Afghanistan.’

Overall, the content and tone of Richard Moore’s presentations were not particularly impressive. He offered only a surface-level appraisal of how Britain might be threatened by China and repeated the lines fed to the media by CIA agents in America.

A chief concern is that the Director of MI6 is the figure the British Foreign Secretary turns to for intelligence in times of crisis. It can, therefore, only be hoped that he knows more than he lets on. If not, it might be better for the decision-makers to consult with a real professor of East Asian studies – or just pick up the newspapers.

Duncan Bartlett is the Editor of Asian Affairs and a Research Associate at the SOAS China Institute, University of London. He is currently teaching diplomacy and international relations on the Economist Executive Education course, `A New Global Order`