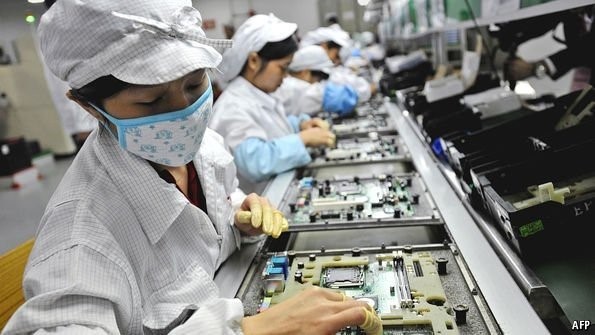 When the chips are down

Washington’s response to the semiconductor shortage could upset the wafer-thin geopolitical balance in Asia. Liam Gibson explores what it means for South Korea and Taiwan

As supply chains tighten and the technological rivalry between the US and China intensifies, the geopolitical stakes have never been so high for Asia’s semiconductor industry. For decades, two countries – South Korea and Taiwan – have won prosperity and security by balancing supply and demand between the superpowers of the Pacific.

For Taiwan, semiconductors are of existential significance

Yet Washington’s recent regulatory moves to shore up its own position vis-à-vis Beijing could threaten this delicate balance and test the resilience of its regional partnerships.

Although innovation has made South Korean and Taiwanese components irreplaceable to the world’s gadgets, their position as fulcrums of the semiconductor ecosystem has historically been premised on the US.

The US acted as both the market maker and catalyst of the early supply chains as its computer companies outsourced highly-skilled manufacturing to Asia during the neoliberal drive of the 1980s.

South Korea and Taiwan have achieved dominance in both semiconductors and the ICT products they power by deploying slightly different forms of a state-led industrial model academics call the ‘developmental state’. A large upfront state investment in these strategic sectors has enabled their firms to pursue a ‘fast follower’ strategy and move up the manufacturing value ladder and become dynamic economies.

The geopolitics of semiconductors is entering a new epoch

The FDI flows that follow these ICT supply chains also secure the competitiveness of East Asia’s most mature economy, Japan, and deepen Tokyo’s technological interdependence with Seoul and Taipei. Prime Minister Kishida, whose great-grandfather ran a store in Taiwan in the 1890s, has sought to attract Taiwanese ICT firms to Japan’s shores, offering a generous ‘aid framework’ to support TSMC’s new joint venture with Sony in Kumamoto prefecture.

Though this arrangement worked for decades, the model relied on a level of goodwill and economic cooperation between the US and China to continue. Washington’s new consensus that China is a direct threat and that the US needs to rebuild its manufacturing base has thrown doubt on the very fundamentals of the ecosystem. Pandemic disruptions to global supply chains have only heightened the sense of urgency that change is needed. Responding to these accelerating trends, the US is taking more drastic action.

Strong-arm of the law

In September, Washington demanded chipmakers that supply US companies handover confidential data about their business practices, including customer orders.

Though meant to identify bottlenecks in the supply chain, the move was perceived here in Asia as more of a powerplay to help America’s Intel get a leg up on its Taiwanese and South Korean rivals.

Sensing reluctance, US Commerce Secretary Gina Raimondo threatened companies that she could invoke the Defense Production Act– a Cold War-era national-security law – should they not comply. This very public warning dashed any pretence that Taiwan or South Korea had any choice in the matter.

The mood was sour in both countries, with industry players and government officials complaining that Intel would never hand over its trade secrets if Seoul or Taipei demanded it.

The Tsai administration looked awkward here in Taipei as the opposition roasted the government for not shielding TSMC from the overreach of US regulators, saying the handover contradicts Taiwan’s own privacy laws. The government was in a compromised position and its assurances that the firm’s most strategic secrets will remain confidential rang hollow.

Though a core industry for South Korea, for Taiwan, semiconductors are of existential significance. Lacking an iron-clad defence treaty with Washington, Taipei seeks to leverage its position as an indispensable supplier to America’s most strategic industry so that Washington will be compelled to defend it to ensure its own continued economic dominance. More than any other firm, TSMC has been Taiwan’s best security guarantee, often described as Taiwan’s ‘Sacred Protective Mountain’ (護國神山).

In perhaps an ironic twist, though, TSMC does not just make itself indispensable to Taiwan’s would-be defender, but also to a country that threatens to invade it – China. While debated, many analysts view Beijing’s ongoing reliance on Taiwanese firms for its own economic innovation as likely to deter it from a military strike against Taipei. That is, as long as Taiwan’s tech does not grant the PLA game-changing weaponry that undermines its security.

Now this cross-strait chip flow too is coming undone, thanks to another US regulatory tool – the ever-growing banned entity list.

The first rupture came in May 2020 when the US extended restrictions on Huawei to foreign companies using American equipment, causing TSMC to cut off its second-largest customer. The company moved fast to recalibrate its entire strategy, unveiling plans for a US$12 billion plant in Arizona in the same month.

In April 2021, Phytium, which reportedly supplies the PLA with chips to testhypersonic missiles, was listed too. This forced both TSMC and Alchip to cut off supplies to the Chinese company, and at huge losses, with Alchip likely losing a quarter of its revenue for 2021.

Though a national security risk, Taiwanese think-tanker Si-fu Ou (歐錫富)told the Washington Post Taiwan is ‘relatively loose’ about where its chips end up. For its part, TSMC denied knowing its tech was used for weapons research.

Regardless of the extent to which its chips have powered the Chinese military, what counts is the threat perception of Washington. That means Taiwan’s chipmakers will almost certainly face further revenue cuts as the Entity List continues to grow. The US added another12 companies with links to the Chinese military in late November.

The geopolitics of semiconductors is entering a new epoch, how players handle the transition will determine not only the fate of the industry titans but their nation’s economies too.

As prominent commentator Thomas Friedman pointed out in a recent New York Times opinion article, the secret sauce of Taiwan’s semiconductor dominance is much more than technical expertise, it is emotional – it is trust. TSMC’s incredible ecosystem of partners willingly share their intellectual property with the company to build their highly-customised chips. Since no one player can perfect all the processes, deep alliances are needed to win.

China’s lack of trust and credibility with international partners, he argues, is why it won’t surpass Taiwan’s tech for the foreseeable future.

The Biden administration, whose foreign policy aims to restore trust with America’s allies in the aftermath of the Trump presidency, would be wise to take a leaf from TSMC’s book.

Liam Gibson is a journalist at the Taiwan News and the founder of Policy People, an online platform for think tank experts