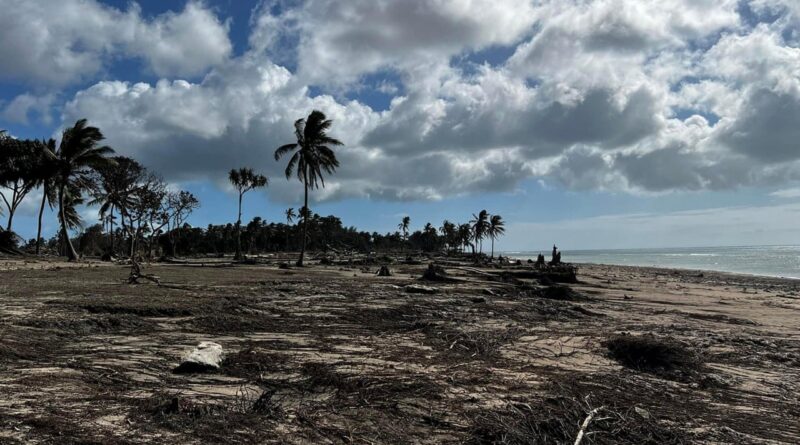 Amid fears about Chinese plans to take over Taiwan, attention has been diverted from Beijing’s more subtle attempts to gain influence. From ‘debt trap’ and ‘vaccine’ to ‘wolf warrior’ diplomacy, Nicholas Nugent considers the reality behind the labels

China’s oft expressed determination to ‘reunite’ Taiwan with the mainland is the reason the US and other western powers – notably Britain and France – have increased their military presence close to the South China Sea. Japan, India and Australia, members with the US of the Quad alliance, have similar concerns about China’s territorial claims in the region, as Australia demonstrated by its September 2021 agreement with the US and UK to develop nuclear-powered submarines.

The Taiwan issue has ramifications for smaller nations too, as when the government of the Solomon Islands recently transferred diplomatic recognition from Taipei to Beijing, resulting in several days of rioting in the Taiwan-leaning Chinatown in its capital, Honiara. China sent in police to quell the riots and evacuate Chinese nationals, raising questions as to who ultimately guarantees the security of the islands. An Australian-led force, known as RAMSI, previously played that role.

With one eye to diplomatic advantage and another to mineral resources, China has been active in extending friendships in the Pacific, including to territories like Palau, in treaty relationship with the US. It was quick off the mark to pledge humanitarian and infrastructure support to Tonga after January’s volcanic eruption, a move which rattled feathers in Canberra and Wellington, which have traditionally provided security and humanitarian support to their South Pacific neighbour states. Tiny Tonga is already in debt to China to the tune of US$108m, for assistance following political riots in its capital’s business district in 2006 – a debt that brought the island state close to bankruptcy. Days before this year’s volcanic eruption, China handed Tonga gifts of computers and tractors.

In Europe it was Lithuania that upset the apple-cart by upgrading Taiwan’s trade office into a virtual embassy. It allowed it the ‘Taiwan’ designation rather than that of capital ‘Taipei’, which has traditionally enabled Taiwan to have representation in countries that accept Beijing’s ‘One China’ policy. Lithuania earlier pulled out of the 17+1 group, China’s unofficial ‘club’ of Belt and Road beneficiaries in Europe.

Lithuania was unprepared for the backlash, with China putting up a trade barrier not only on the Baltic state itself but on the entire European Union (of which Lithuania is a member), saying it would not trade EU goods which had any Lithuanian component. Many large EU companies subcontract from firms in smaller nations. This was hard for the EU, with its ‘single market’ philosophy, to accept. Evidently pressure was applied on Lithuania to backtrack, since it then announced its renaming of the Taipei representational office had been ‘a mistake’.

How China treats the small players serves as a visible warning to any larger players thinking of defying it over Taiwan or any other matter. Australia felt the wrath of Beijing when its call for an enquiry into the origins of Covid-19 caused China to impose an unacknowledged trade embargo on Australian minerals. Each case study gives indicators of the lengths to which China will go to enforce its ‘One China’ policy.

Western nations have long seen the Belt and Road Initiative (BRI) as a ‘debt trap’ for unwary nations. China now accounts for one-fifth of all loans made to African countries. The major loan recipient nations are also those most in debt to China – and most resource-rich: Angola, Cameroon, the Republic of Congo, Djibouti, Ethiopia, Kenya and Zambia, as well as Uganda, whose Entebbe airport is at risk of seizure by China to settle an unpaid debt of US$200m. Africa has also been a major focus of China’s vaccine diplomacy.

Djibouti is a special case because China built its first overseas base there – ostensibly to protect its shipping. Now US intelligence agencies – as reported in the Wall Street Journal – say China is exploring the feasibility of building a second base at Bata in Equatorial Guinea, close to Cameroon and Congo in West Africa, bringing Chinese naval power into the Atlantic Ocean. The US is said to be alarmed at the prospect. China has developed a deep-water port at Bata as part of a US$2 billion commitment to improving the country’s infrastructure.

Africa has been a major focus of China’s vaccine diplomacy

Asian nations know the danger of borrowing too much from China. Sri Lanka is so heavily in debt from the building of sea- and airports at Hambantota that it was forced to mortgage the seaport to a Chinese company. It is borrowing further for an ambitious plan to develop an offshore terminal at Colombo, the capital, with 43 per cent of the terminal mortgaged to another Chinese company.

Pakistan has allowed China to develop a strategic port at Gwadar, close to the border with Iran, which is beginning to look like a Chinese city. Pakistan is so heavily in debt over this and other BRI plans that it is constantly turning to the World Bank for additional finance. Central Asian nations – especially Tajikistan, which borders China – are also at risk of defaulting on loans from China.

With China supporting Taliban-ruled Afghanistan, it is sometimes hard to determine whether altruism or strategic self-interest are uppermost in the minds of the drivers of China’s foreign policy. China has also boosted its diplomatic and economic efforts in the Gulf, an area to which the US has traditionally provided security.

President Xi has ordered China’s armed forces to modernise, saying the country should become a ‘world class’ military power capable of ‘fighting and winning wars’ by 2049. This may be seen as an understandable response to Australia’s plan to deploy nuclear-powered submarines in the Indian Ocean (where India has deployed one already, with another to follow soon).

With Djibouti and Gwadar in Chinese hands, it would theoretically be possible for China to close the southern approach to the Suez Canal – if it were to be thwarted in its aim to ‘reunite’ with Taiwan, for example.

China will have a similar stranglehold over western approaches to the Straits of Malacca by the time it completes its development of the port of Kyaukpyu in Myanmar which, like Gwadar, will provide it with a backdoor trade route.

Shoring up friendships and alliances makes a lot of sense in terms of China’s economic ambitions. Belt and Road was never entirely altruistic; there is always gain for China. All countries use aid as ‘bribes’ to influence decisions, which will doubtless be how the US will dissuade President Obiang of Equatorial Guinea from allowing China to base naval vessels there.

From afar, these moves are worrying signs of China following its growth into an economic power to become a global military power. Heavy debts create a subservient power relationship, while heavy threats by a strong power over a weaker one, such as Lithuania, reek of bullyboy tactics.