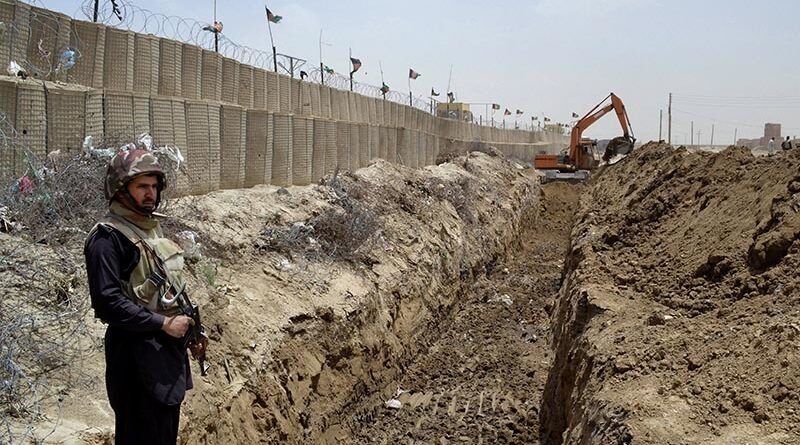 Once firm allies, Pakistan and the Afghan Taliban are now at odds. Sudha Ramachandran examines the ongoing spat, and the reasons behind it

Barely four months after Afghanistan was seized by the Taliban, prompting jubilation in neighbouring Pakistan, the 25-year bond between the two appears to be unravelling.

In at least two separate incidents in December, Taliban soldiers reportedly disrupted ongoing fencing of the border by Pakistani soldiers. In addition to removing the barbed wire at several locations, they warned Pakistani soldiers that action would be taken if they continued with fencing work. The two sides are said to have also exchanged fire at some points along the border.

Videos of these incidents have been circulating on social media. Afghan defence ministry spokesman Enayatullah Khwarizmi confirmed the incidents, saying that Taliban forces had stopped Pakistani soldiers from erecting an ‘illegal’ border fence along the eastern province of Nangarhar.

Underscoring the Taliban regime’s opposition to the border fencing, Maulvi Sanaullah Sangin, commander of the Taliban’s border forces for the eastern zone, said: ‘We will not allow the fencing anytime, in any form [along the Durand Line]. Whatever they [Pakistan] did before, they did, but we will not allow it anymore.’

While Afghanistan has been reiterating the illegality of the border fencing, Pakistan has said that it will not stop its construction. ‘Work on it will continue and the fencing will be here to stay,’ Major Gen Babar Iftikhar, the chief military spokesperson, said at a news conference at the General Headquarters in Rawalpindi.

Describing the incidents as ‘localised problems’, Iftikhar maintained that Pakistan has ‘very good relations with the current Afghan government. We understand each other and keep talking about different issues that keep surfacing. There is no problem’.

Soon after, on January 7, reports emerged of the Taliban capturing seven Pakistani security personnel for alleged illegal crossing in Gomal district of Paktika province on the Afghanistan-Pakistan border.

Afghanistan and Pakistan share a 2,670-km border called the Durand Line, which is named after Sir Mortimer Durand, a civil servant in the British Indian government. On November 12, 1893, Durand signed an agreement with Abdur Rahman Khan, the emir (ruler) of Afghanistan, marking off the border between British India and Afghanistan. Following the end of colonial rule in August 1947, the Durand Line became the border between Afghanistan and Pakistan.

Many Afghans see the Durand Line as the outcome of British treachery. Not only did they lose territory, first to British India, then to Pakistan, but also this line runs through territory inhabited by Pashtuns. In effect, it divides the Pashtun community.

For decades this was a porous border. Pashtuns were able to freely cross over to meet family, for work or training to be fighters in insurgent groups.

Then, in 2014, Pakistan began fencing the Durand Line, ostensibly to keep out drug smugglers and insurgents. But this was also a step towards making permanent a disputed border – a barrier that was supported by the United States. However, two US-backed Afghan Presidents, Hamid Karzai and Ashraf Ghani, were strongly opposed to it.

Pakistan has now completed fencing around 94 per cent of the Durand Line.

It is likely that certain sections in Pakistan may have believed that, given the Taliban’s close relationship with Pakistan, it would accord the Durand Line recognition, or at least not raise the issue of the border fencing.

The TTP was involved in around 87 terrorist attacks in 2021

However, the Taliban regime’s opposition to the border fencing should not come as a surprise. Every government in Kabul has rejected the Durand Line and opposed its fencing. Had the Taliban recognised it as the border,it would not have gone down well with the Afghan people.Not that the Taliban’s policies are driven by public opinion – far from it – but recognising the Durand Line would show up the Taliban as a mere puppet of Pakistan.

The other thorn in Pakistan-Afghanistan relations is related to the Tehreek-e-Taliban Pakistan (TTP). The Afghan Taliban and the TTP comprise mainly Pashtuns. They have a history of providing sanctuary and support to each other, and haveeven fought together.

Although significantly weakened in 2014 as a result of infighting and the impact of Pakistan military offensives on the group, the TTPhas revived in recent years with the group’s feuding factions coming together.  According to the Pakistan Security Report 2021, brought out by the Islamabad-based Pakistan Institute of Peace Studies, the TTP was involved in around 87 terrorist attacks in 2021, an 84 per cent increase over the number it carried out in 2020.

The Taliban’s victory in Afghanistan has prompted an apprehensive Pakistan to request the militant group to rein in the TTP. Yet there are no indications that it has done so.  Instead, the Taliban advised the Pakistan government to engage in talks with the TTP, which it brokered. However, the month-long ceasefire failed.

As an insurgent group that was dependent on Pakistan for sanctuary and other support, the Taliban carried out attacks in Afghanistan on the orders of the ISI, earning it the label of a ‘Pakistan proxy’. But some Taliban leaders reportedly resented Pakistan’s control and demands.

Now in power, the Taliban, while still dependent on Pakistan, will pick and choose the issues on which it will challenge and perhaps eventually even confront Islamabad.

Times have changed, and Islamabad’s relations with Afghanistan under the Taliban are unlikely to be as smooth as Pakistan thought.