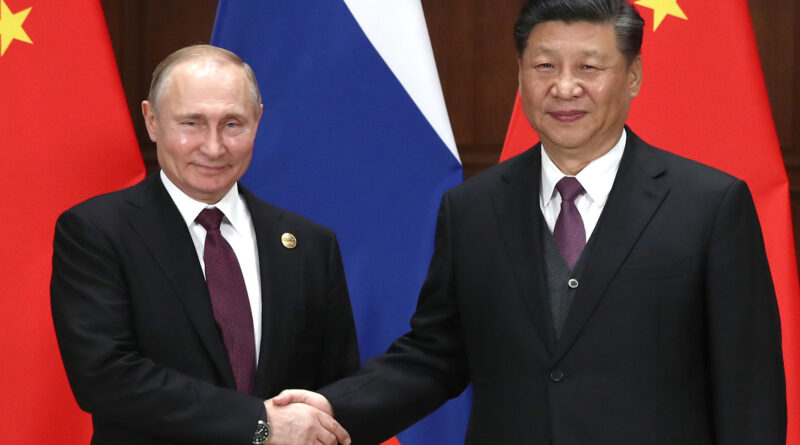 Tanya Vatsa compares the situations unfolding along the Ukrainian border and in Taiwan, reflecting on what the stakes are for the West

While many in the West seem apologetic about their historical conquests across the world, the Eastern powers appear willing to recreate their empires of old. As the world transformed, empires collapsed to give way to nation states, defined and ‘contained’ within imagined territorial boundaries to ensure the peaceful existence of multiple entities on vast expanses of land. But over the centuries, states have failed to cultivate trust, as witnessed by chaotic global currents of suspicion every few decades.

Today, the threat of invasion looming large over both Ukraine and Taiwan depicts a perpetual geopolitical cycle of power play, seizing opportunities and finding loopholes in an otherwise well-knit fabric of the political clout of longstanding superpowers.

Russian forces are lined up at the Ukrainian border, awaiting orders from Putin, while Chinese military incursions into Taiwanese airspace have become dangerously frequent. The two autocratic regimes are currently under ambitious leaders determined to perpetuate their hold on power by subverting traditional customs. Their fascination with dynastic folklore is evident in their zeal for resurrecting past glory. This also makes the Eastern brand of imperialism starkly different from that of the West, with its focus on the immediate neighbourhood and former satellite territories, instead of invasions aimed at fledgling economies across the globe.

Ukraine and Taiwan: fitting the bill

The personality cult of Putin and Xi, steering party politics in their respective countries, has led to unilateral declarations about what ought to be the ideal political future for Kyiv and Taipei. Putin has called the breakdown of the erstwhile USSR ‘the largest geopolitical catastrophe of the century’, making it a personal goal to establish Russian influence over the former satellite states. This is markedly different from a re-unification, which was unviable both in terms of economics and administration. Such neo-imperialism appears to be a move to establish territorial domination, but as one looks deeper, the Kremlin is in fact securing its borders and trying to get NATO to the negotiating table. NATO’s promise of full membership to Ukraine and Belarus will inadvertently bring it to Russian doorsteps, eliminating the buffer carefully established during the Cold War. Moscow simply wants Ukraine out of the Western ambit, both in terms of its association with NATO and its import of American arms and ammunitions. Ukraine’s strategic location on the Black Sea route also makes it an area of importance – a key reason behind the occupation of the Crimean peninsula was control of the Black Sea route, given that three out of six countries surrounding the water body are NATO allies (Turkey, Romania and Bulgaria).

Ukraine gives political leverage to Russia in its dealings with the West and is hence indispensable. However, that doesn’t make an invasion inevitable. On the contrary, having a free, procedural democracy in its neighbourhood might enable Moscow to open and shut the negotiation channels at its own whim, proving to be an advantage in its rivalry with the West. This, however, does not undermine Moscow’s ability to invade Ukraine as it has done in the past.

The stance taken by China, on the other hand, is more aggressive. Xi has called the Taiwan government the strongest enemy of Chinese unification and a hurdle in the way of ‘great rejuvenation of the Chinese nation’. Beijing has been deftly using its political influence in steering Taipei towards ‘diplomatic isolation’, so it is no surprise that Taipei has diplomatic engagement only with 15 UN member countries. However, unlike Ukraine, Taiwan stands out for its economic self-sufficiency and its indispensable place in global electronic supply chains. Taipei’s role in promoting the global race for technical advancement cannot be underestimated, with its export of microchips and semiconductors – essentials for all leading economies. China used to be Taiwan’s major export destination and the financial dependence was sufficient leverage for the Chinese. But with Taipei making its way up the financial ladder, the Dragon seems to be squirming to find another way of bringing Taiwan within its direct control. Ongoing military and diplomatic threats are part of the new scheme, meant as a prelude to a grand plan of intimidation and a threat of further escalation.

Russia has laid out its demands before NATO as a prerequisite to avert a war or invasion of Ukraine. As discussions go on, Washington continues to threaten the Kremlin with economic sanctions. However, with Europe being a significant stakeholder, Washington may have to rethink the imposition of sanctions. Russia happens to be a key gas supplier to Western Europe, which is facing energy shortage and soaring gas prices. The gas flowing through the Russian pipeline to Germany has been only at a quarter capacity and there is a dire need to ramp up the supply through the NordStream channel. With glaring gas shortages and NordStream 2 in the pipeline, Europe (and hence NATO) is in no position to stop its energy trade with Russia. This has led to reconsideration of the impact and consequence of Washington’s sanctions and has emboldened Putin in his capacity to hammer out a favourable bargain.

The world had witnessed a mute response from the West when Russia invaded Georgia and thereafter when it captured Crimea. The US resorted to economic sanctions then, which seems un-viable currently. Any military support to Ukraine has already been denied by NATO when it clearly drew the distinction between a member of the grouping and a ‘partner’ – though Biden has ‘warned’ Putin against any ‘major’ military action without clearly stating any repercussions.

However, the global stakes in Ukraine are vastly different from those in Taiwan. Taipei’s economic prowess makes it indispensable for the global economy. The West would therefore be more interested in securing its supply of semiconductors and microchips as the global competition for faster and more developed technology gains traction, with the US and China being the most prominent contenders. Chinese occupation of Taiwan would give it easy access to Taipei’s world class production units – a huge setback for the rest of the world. From a security perspective, it would add a greater dimension to Beijing’s influence in the East China Sea. China’s maritime border claim upto the nine-dash line would become easier to scale and most American allies in Asia, including Tokyo and Seoul, would come within its attacking range, increasing volatility in the region. That, in addition to Chinese control of the Taiwan Strait, which is a crucial chokepoint for trade in the Pacific, would massively enhance its economic clout.

Events that have unfurled in the last year have severely undermined Washington’s hold and military capabilities in Asia. Despite its great posturing around the Indo-Pacific, the US does not have sufficient presence in the Indian Ocean or the East Pacific. China is at the peak of its military power and Russia has a greater advantage in its neighbourhood. Xi’s ambitions in Taiwan are grounded in the increasing military might of the Dragon, as opposed to the fading footprint of America against the backdrop of its reckless withdrawal from Afghanistan and overstretched military resources. With America’s grasp over Eastern politics weakening, Putin eyes an opportunity to re-establish Russian supremacy as a regional leader. This might even culminate in a notorious attempt at regime change for a more favourable government in the surrounding states – a tactic the West had mastered – as an alternative to an invasion.

The US’ strategic ambiguity is not going to prove effective in the current scenario. If the West has to reinstate its position at the top, it must present a united front, despite the differences that have arisen over the years. It cannot be contested that Russia and China are two powerful countries with deep economic footprints in the energy and technology sector, especially in the West. Washington’s credibility as a powerful patriarch will be crippled if it were to remain a mute spectator to such gross violations of international order. Needless to say, if the West fails to act collectively and meticulously, the rise of the Eastern Giants might alter the global power equation permanently.

Tanya Vatsa, a law graduate from National Law University, Lucknow and a former assistant advocate, is currently a geopolitical analyst with think tank The Synergia Foundation. Her writing on international relations has been published by the Diplomatist, International Policy Digest and The Kootneeti