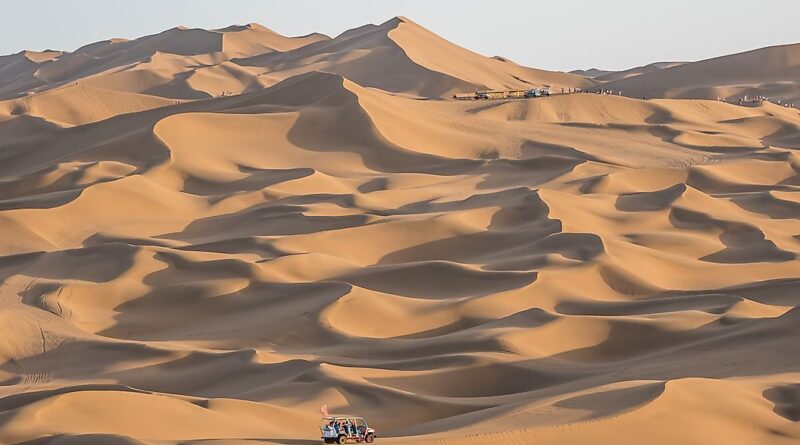 Xinjiang in the crosshairs

In yet another indication of the brewing cold war between them, the US has mounted pressure on China by banning the import of goods produced in Xinjiang using forced labour.

The Uyghur Forced Labor Prevention Act, signed into law by President Joe Biden in December 2021, also authorises his administration to sanction Chinese officials who violate the human rights of the Uyghurs in the country’s north-west.

Besides the Uyghurs – a Muslim majority in the Uyghur Autonomous Region – the new law also covers Kazakhs, Kyrgyz, Tibetans and members of other persecuted groups in China.

China’s ill-treatment of its minorities has long been on the radars of the US, the UK, Canada and other campaigners. But this latest US legislation brings the issue into sharper international focus, while pinching the Asian Dragon financially.

In April last year, the UK Parliament declared that China was committing a genocide in Xinjiang. And in 2018, a UN rights panel said it had credible reports of detention camps in Xinjiang.

Under pressure, Beijing at first denied the charges, but then later described the mass detention camps as ‘vocational training and de-radicalisation centres’.

In 2020, the Australian Strategic Policy Institute found evidence of more than 380 ‘re-education’ camps in Xinjiang, showing an increase of 40 percent over earlier estimates.

Then, in October last year, the French Permanent Representative to the United Nations gave a cross-regional statement at the UN General Assembly Third Committee on behalf of 43 countries, expressing concern over the human rights abuses of Uyghurs and urging China to allow access to independent observers in Xinjiang.

The import ban comes close on the heels of the US announcement that it will diplomatically boycott the 2022 Beijing Winter Olympics, to be held in February, over rights abuses in Xinjiang.Following suit, the UK, Canada and Australia will also not send diplomats to the mega-sports event, in an attempt to isolate China.

In other moves, the US Treasury Department recently blacklisted eight Chinese firms for biometric surveillance and tracking of Uyghurs. Before that, the US Commerce Department had announced sanctions on over 30 Chinese technology companies and research institutes for supporting the Chinese military.

None of these was a knee-jerk reaction from Washington, but part of a plan.

Hints came in July 2020 and again in July 2021, when the Xinjiang Supply Chain Business Advisory highlighted how the government of the People’s Republic of China was continuing its horrific abuses in Xinjiang and elsewhere, targeting Uyghurs, ethnic Kazakhs, the predominantly Muslim Kyrgyz, and members of other ethnic and religious minority groups.

According to the advisory, these abuses included widespread, state-sponsored forced labour and intrusive surveillance, forced population control measures and separation of children from families, mass detention and other human rights abuses amidst ongoing genocide and crimes against humanity.

The advisory further cautioned that, given the severity and extent of the abuses, businesses and individuals that did not exit supply chains, ventures and investments connected to Xinjiang ran a high risk of violating US law.

Although, the Uyghur Forced Labor Prevention Act was passed unanimously, with rare bipartisan support in the US Senate, the legislation did face resistance from big corporates like Coca Cola, Nike and Apple, which source material from Xinjiang.

The law, which mostly relates to cotton, tomato and polysilicon used in solar panels, mandates the US companies to furnish evidence that goods imported from Xinjiang have not been made using forced labour.

The Xinjiang region, marked by vast deserts and mountains, is known for its cotton exports, 20 percent of which enters the US market as garments.

Before Joe Biden, former US President Donald Trump had also banned all cotton and tomato imports from Xinjiang towards the end of his tenure. It was estimated then that around $9 billion worth of cotton products and $10 billion worth of tomato products were coming into the US market from China.

Over the past decades, several big American companies benefited through their operations in China, which allegedly uses its market size to bully them.

For this reason, semi-conductor giant Intel, which entered the Chinese market in 1985 and currently employs around 10,000 people there, was forced to remove a reference to Xinjiang from its advisory to suppliers due to consumer backlash.

Retail giant Walmart came under similar stress in China, while Swedish fashion multinational H&M was blocked from big e-commerce apps after Chinese state media launched a boycott over the company’s bid to avoid cotton from Xinjiang.

On the other side, car manufacturer Tesla faced criticism at home for opening a showroom in Xinjiang’s capital Urumqi on New Year’s Eve.

Joining the issue, Chairmen of two congressional panels on US oversight and trade committee, Democrat Representatives Bill Pascrell Jr and Earl Blumenauer, also wrote to Musk, terming his move to set up shop in Xinjiang as ‘misguided’.

In another instance, Democrats Senator Jeff Markley and Representative James McGovern – who respectively chair and co-chair the Congressional-Executive Commission on China – sought clarifications from lodging company Airbnb over its facilities in Xinjiang.

The lawmakers cited a report saying that several such facilities were on land owned by the Xinjiang Production and Construction Corps, which had faced sanctions from the Treasury Department last year.

Airbnb came under the scanner as the State Department had described the XPCC as a quasi-military organisation, directly involved in forced labour in the region. That the company happens to be a sponsor of the Beijing Winter Olympics further added to the suspicion in Washington.

Snowboard company Burton, too, has defended working in China as it hopes to make money from the huge winter sports market opening up in Xinjiang.

A miffed China slammed the countries boycotting the Beijing Winter Olympics and termed the US ban on goods from Xinjiang as ‘economic bullying’ and ‘malicious slandering’, but the political tussle between the Asian Dragon and the West over human rights abuses, including forced labour, in Xinjiang is set to grow.

Meanwhile, the message from the White House was loud and clear when Press Secretary Jen Psaki urged the companies and the international community to oppose China for using its market as a weapon to stifle support for human rights.