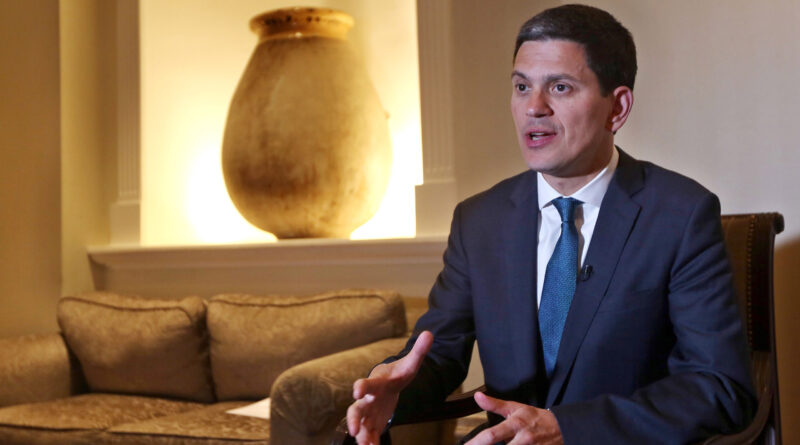 Six months after the Taliban took power in Afghanistan, the full extent of the human tragedy unfolding across the country is becoming painfully clear, as   Nicholas Nugent reports

Afghanistan has long been labelled the poorest country in Asia. Since 2001, when the Taliban were ousted from power by NATO-led intervention, the country has gradually boosted its standard of living and strengthened its economy.

But since the Taliban regained power in Kabul last August, the gains of the past 20 years have fast unravelled. Aid funds donated by governments ceased, while Afghan government funds held abroad were frozen on the grounds of uncertainty as to who could rightfully claim them on behalf of the Afghan people.

Before the previous government collapsed 80 per cent of state revenue came from abroad. The drying up of this cash flow has caused a severe shortage of currency within Afghanistan and the near collapse of the country’s banking system. The Taliban government in Kabul has imposed strict limits as to how much money Afghans can withdraw from banks.

A shortage of money coincided with another year of drought such that the country could not feed its own people. They could only be fed with imported food, something the UN’s World Food Programme has been trying to do. Twenty-two million Afghans are entirely dependent on the WFP to stay alive. Importing food aid and distributing it to remote provinces where it is most needed, such as Badakhshan on the Tajikistan border and Uruzgan in the south, presents the UN agency with an enormous logistical challenge. NGOs or charities are also involved.

The president and CEO of one charity, David Miliband of the International Rescue Committee (IRC), told an audience in London that Afghanistan faced ‘a starvation crisis’, with 90 per cent of the population struggling to find something to eat. He called it ‘a catastrophe of choice’, resulting from decisions taken in the wake of the change of government. US President Biden promised last August that military withdrawal would not be followed by economic withdrawal, yet that is exactly what happened. ‘Afghan people paid the price of the war, now they are paying the price of peace, ’said Miliband.

There is not just a shortage of food but a shortage of cash with which people can buy what is available. To transfer funds, charities use the informal hawala system, which depends on trust, but the government has imposed limits on the amount of funds that can be drawn each month.

Many civil servants, teachers and hospital staff have not been paid salaries since the Taliban came to power in August, and even the Taliban’s own soldiers and police have in many cases not received their monthly stipend.

The United Nations is trying to repurpose the Afghan Trust Fund to avoid falling foul of sanctions imposed by the United States on named members of the Taliban government. (At least 60 named individuals associated with the Taliban have been sanctioned by the US government.) Mr Miliband of the IRC suggested Afghan salaries should be paid by the World Bank through this trust fund without passing through Taliban hands.

President Biden finds himself in an uncomfortable spot. He is blamed for bringing about what is now widely termed ‘a catastrophe’ by ordering the rapid withdrawal of US forces last year. Yet he cannot be seen to be supporting the Taliban who were the main enemy during 20 years of US and NATO occupation.

Also, he is under pressure from families of those killed in the 9/11 al-Qaeda attacks in 2001, who have brought a legal action to divert Afghan government funds held in the US to a compensation fund. Pending a court determination, Mr Biden has agreed to release half the US$7bn held in the US for Afghan relief, with the other half ring-fenced for 9/11 victims.

Commentators called this punishing the Afghan people again for an attack they did not commit. Adam Weinstein, a research fellow at the US Quincy Institute, who served as a US marine in the country, told the Guardian: ‘The 9/11 victims deserve justice but not from the Afghan people, who themselves became pawns caught up in the US-led war on terror and an oppressive Taliban regime.’

The IRC’s Mr Miliband said that ‘the richest country in the world is taking money from the poorest in the name of justice’. He argued that only a political solution could solve this humanitarian crisis.

Many Afghans are quite literally starving, with some selling their own kidneys and other organs to feed their families. So desperate is the situation that others have resorted to selling their children. Teachers have taken to shining shoes while journalists sell fruit and vegetables. The situation is far worse in the provinces, where there is little available to sell and no money with which to buy what there is.

Adding to the pressure, prominent Afghan feminist Fatima Gailani, a member of the government team which negotiated with the Taliban in Qatar, said in an interview that she trusted the Taliban to get aid to the people. She told World Today magazine she had worked with them for 12 years as head of the Afghan Red Crescent ‘and not once did I see them misuse funds’.

Another Afghan to voice his concern is media mogul Saad Mohseni. He wrote in November: ‘Afghanistan’s collapse will take the form of mass starvation escalating to civil war [which] will send shockwaves through the region in the form of refugees and radicalisation.’ He predicted that 90 per cent of the population would be below the poverty line within months.

Yet another peril the outside world can expect to face is a sharp increase in drugs reaching the west through neighbouring countries. Faced with bankruptcy, the Taliban government announced it would legalise the growing and export of opium – which it outlawed during its previous period of rule. Now it sees opium and its lucrative derivative heroin as a potential income stream.

The Taliban government has accepted a Chinese offer to help overcome its financial difficulties through trade leading to an initial shipment of pine nuts. China, one of few countries engaging with the Taliban government, has promised to continue a previous agreement to work a copper mine south of Kabul, providing another potential revenue stream.

Yet no amount of trade with – or aid from – China will make up the shortfall in revenue or food. In January the United Nations Emergency Relief Coordinator, Martin Griffiths, appealed for US$4.4 billion to alleviate starvation in Afghanistan, and charities have also made appeals.

The Taliban government had hoped to be ruling over a period of peace as they gained acceptance from the people following a prolonged war against outsiders. They may have won the previous war but their hold on power is challenged by another insurgency, that of Islamic State-Khorasan, an Afghan branch of the IS once active in Syria and Iraq, which is exacerbating the situation for the Afghan people.

The tragedy of Afghanistan is that people are starving, the more so that it is a man-made tragedy in the 21st century, when most of the world has overcome worries about security from hunger. The challenge of overcoming it is one of the most important tasks ever delegated to the United Nations.

Nicholas Nugent has visited Afghanistan under all regimes, including when the Taliban were previously in power