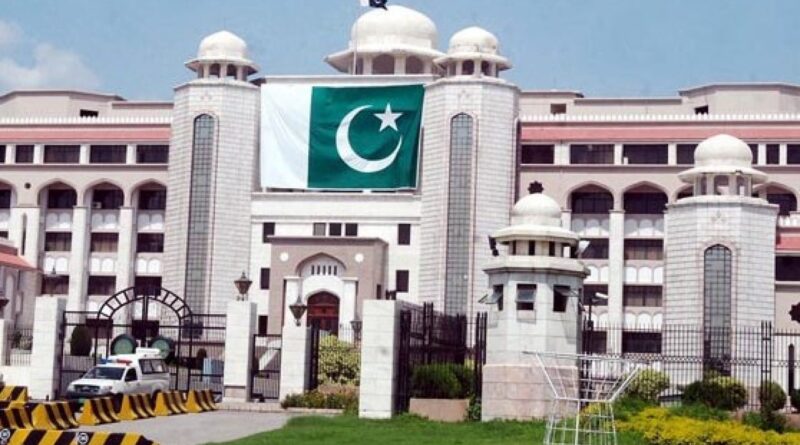 Another scam in the making

Pervez Hoodbhoy  condemns the squandering of billions of public money that Pakistan can ill afford, to build institutes of no value to scientific learning and advancement

Hundreds of mediocre, dysfunctional universities are littered across Pakistan. Now another one is on its way. To be located at the Prime Minister House on Islamabad’s Constitution Avenue, it has been named PUEET (Pak University of Engineering & Emerging Technologies). Costing Rs 34.730 bn –of which Rs 23.54bn has been approved – this exceeds by eight to 10 times the price of an average public university.

Heavy hype surrounds PUEET. The official planning document called PC-1 says it is a ‘Dream University’ with ‘Centres of Excellence’ in hi-tech fields – artificial intelligence, machine learning, microelectronics, aerospace, cyber security, biotech, etc. Its international faculty will make it ‘stand among the top research universities of the world while catering to the advanced technology needs of the country’.

Wait! Haven’t we been there before, time and time again? For a full 20 years, Dr Atta-ur-Rahman – the project’s architect – has been promising the moon to simple-minded national leaders. His other projects have flopped, wasting vast sums of public money. Before Pakistan next approaches the IMF for the usual dole-out, we need to recall his unfulfilled pledges.

Let’s begin with Dr Rahman’s three scientific institutes (HEJ, TWCST, PCMMDR). These have operated for decades and, between them, annually consume over Rs1bn. Tasked with drug discovery and applied chemistry, their official website and downloadable annual reports boast many thousand research papers. But, tellingly, there is no mention of the discovery of a single drug or the invention of any industrial process.

To ensure that their true performance remains firmly hidden, a letter dated Feb. 4, 2021, from the Prime Minister’s Office, de-authorised the Higher Education Commission (HEC) from investigating any institution under ‘supervision by Dr Atta-ur-Rahman’. No cover-up could be more blatant. It suggests lawlessness at the highest level. Unsurprisingly, as per the Corruption Perceptions Index of Transparency International, Pakistan lost 16 points in 2021 and dropped to 140 out of 180 countries.

In the Corruption Perceptions Index of Transparency International, Pakistan lost 16 points in 2021

Next, recall the $4.3bn HEC project under Dr Rahman in 2005 for making nine engineering universities in collaboration with France, Sweden, Italy and Austria. Half their faculty was to be European. Many buildings – now abandoned – were constructed, and many billions spent. But, 17 years later, there is zilch to show for it. Well, almost. Something called the Pak-Austria Fachhochschule (German for polytechnic) was made in Haripur. But, notwithstanding the huge bombast and fanfare, a visit to the polytechnic’s website shows no foreign faculty has come from Austria or elsewhere. It’s just a plain, average place.

Buying equipment has been very important to Dr Rahman. Older readers may recall the intense 2005 public dispute between him and Prof. Riazuddin (d.2013) who was Pakistan’s finest scientist after Abdus Salam. I too was part of the debate. This concerned purchasing a Pelletron nuclear accelerator for Quaid-e-Azam University (QAU). Then worth Rs400 million, a special building had to be constructed for it.

Where will PUEET get its super high-quality faculty from?

Being nuclear physicists, Riazuddin and I knew that buying this machine would be a terrible waste. We lost the battle but time proved us right. That machine has been junked. It produced no results of significance. Sadly, the same story is to be repeated at PUEET, which will import billions worth of scientific equipment. Meanwhile, tons of instruments lie unused in universities and institutes.

Smooth talk is not enough. Three critical questions must be answered before wasting yet more billions.

First, why make a research university inside buildings designed to be residential? Built by Gen Ziaul Haq in the 1980s, the prime minister’s residence was also to be a secure guest house for important visitors. PM Khan’s theatrics against lavishness – including selling the PM House’s buffalos – drives PUEET. But, although politically attractive, it violates common sense. Red Zone security during VIP movements frequently puts the area off limits. Classes will be cancelled on many a day.

Second, why not use the existing infrastructure of other universities in Islamabad? For example NUST is an army-controlled university tasked to develop technologies. It was gifted an entire sector of Islamabad’s choicest land, of which it uses just a fraction. Rather than start from zero, surely it makes sense to pool together limited national resources with NUST. Or, just two miles away from the PM House is QAU. Engineering departments can be created there as well.

Third, and most crucial, where will PUEET get its super high-quality faculty from? Even large salaries could not attract high-performing foreigners from advanced countries to Pakistan. Instead, only second-raters from Eastern Europe and Central Asia come here for any length of time. As for Pakistanis: just a few are capable of teaching advanced technologies or high science. Everyone knows that existing institutions pretentiously named ‘Centres of Excellence’ are far from excellent. All lack proper faculty.

To see how these questions were addressed, I scoured the approved PC-1 but found no mention. Apart from sections on civil works, this planning document is a joke. To call it an advertising brochure would be better. Old memes stolen from the internet about ‘knowledge economy’ and ‘technology incubators’ are parroted here. There are lists of equipment – massively overpriced – but no mention of specific uses. Pelletron redux! Approving such shoddy plans exposes the doubtful integrity and poor judgement of our technical committees and law makers.

To move ahead, we must first admit that the present situation of Pakistan’s science and science education is dire. University teaching is generally so poor that, with just a few exceptions, Pakistani students sent abroad on full PhD scholarships fail to survive academically in better quality US, British or Chinese universities. Hence the overwhelming majority seeks admission into lower-grade universities. Like their professors back home, to get ahead they have opted for slippery ways rather than working hard to remove their academic deficiencies.

There are no quick fixes to a deep problem. Substandard universities, meaningless degrees, and vacuous ‘research’ publications have exploded in numbers. Like metastasised cancers, they call for drastic, painful treatment. Scams like PUEET will weaken us further. True scientific development will need basic honesty, critical thinking, good schooling and strong university undergraduate programmes. This must be our starting point.