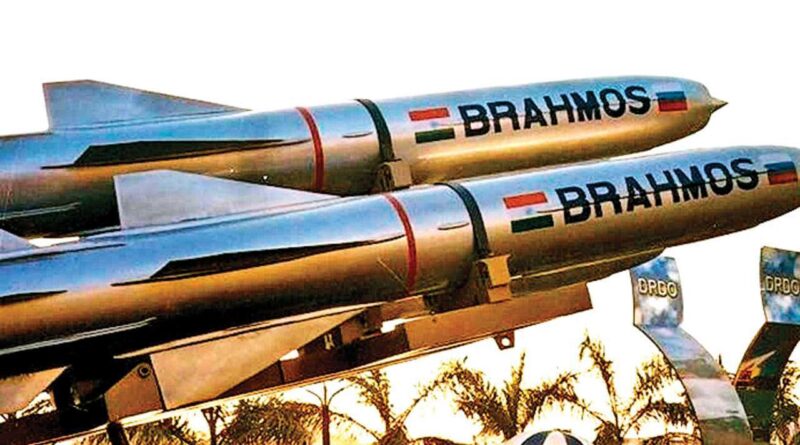 As the South China Sea remains a global flashpoint, Richard Gregson  assesses the role of India as a key international player in both defence and diplomacy

India’s recently signed $375 million deal to export BrahMos supersonic cruise missiles to the Philippines marks the entry of a serious player to the international arms market. The sale of a sophisticated missile system to a country which has an active dispute with China in the South China Sea indicates India’s preparedness to be proactively involved in the Quad’s Indo-Pacific strategic initiative, well beyond its maritime boundaries.

The South China Sea is a global flashpoint where major Western powers have been confronting Beijing’s outrageous claims on islands and maritime territories, and asserting their freedom of navigation in international waters.

Like other countries of the region, the Philippines has been a victim of the Asian Dragon’s territorial bullying in the South China Sea since 1992, when China occupied the Mischief Reef. Following the dispute around the Scarborough Shoal in 2012, there have been frequent skirmishes between the Chinese Navy, coast guards and the Filipino Navy over fishing rights and transgression into Exclusive Economic Zones (EEZ) of the Philippines. China has refused to honour the 2016 ruling of the Permanent Court of Arbitration, which had rejected China’s nine-dash line claims, and has continued its artificial island reclamation activities in the disputed archipelago, and with making illegal territorial claims.

The Philippines will be buying three batteries of the land-based anti-ship BrahMos. Each battery has two missile launchers, a radar and a command-and-control centre, and can fire two missiles within a short span of 10 seconds. The BrahMos, the world’s fastest anti-ship cruise missile currently in operation, is being manufactured by BrahMos Aerospace Limited, an India-Russia joint venture. Variants of the missile can be launched from submarines, ships, aircraft, or from land platforms. A very fast terrain-hugging or sea-skimming cruise missile travelling at up to Mach 3 (or three times the speed of sound), it cannot be intercepted by existing missile defence systems. Being extremely precise, with a Circular Error Probability (CEP) of one metre, meaning it can hit a target within a circular precision of one metre, makes BrahMos a deadly weapon. Hence, the Coastal Defence Regiment of the Philippine Marines, which would be operating the missile system, will get an anti-ship coastal defence system that can effectively guard the country’s maritime EEZ in the South China Sea or the West Philippine Sea. Cementing the Indo-Filipino cooperation, India has extended a $100 million Line of Credit to the Philippines tied to defence-related purchases. It is widely acknowledged that the sophisticated missile system will provide even a small country like the Philippines with credible deterrence capability against a powerful neighbour.

Close on the heels of the defence deal, India’s External Affairs Minister Dr S. Jaishankar visited the Philippines while returning from the Quad summit in Melbourne. Dr Jaishankar met the Philippine Secretary of Foreign Affairs Teodoro L Locsin Jr in Manila during his three-day visit from February 13 to 15. The two sides discussed a wide range of issues as well as potential cooperation in health, trade and investments, science and technology, defence and security, and tourism.

‘We are entering a new phase of our partnership. Its basis is the mutuality of national security and development aspirations,’said Dr Jaishankar in a tweet.

Teodoro L Locsin Jr said that, as maritime countries, ‘the Philippines and India, both at the crossroads of the busiest sea lanes in the world, know the critical role of the rule of law in maintaining stability on the water – that most unstable element yet so vital to the life and thriving of nations’.

Clearly, the connotations from Manila are grim for China, whose jingoistic militarism has led to tensions with a host of neighbours, from Japan in the East China Sea and Southeast Asian nations in the South China Sea, to India on its south-west, where it has tried to make incursions across the Line of Actual Control (LAC). India’s proactive ‘Look East’ policy, combined with it aggressive marketing pitch with regard to military hardware, is getting a good response. Experts maintain that this will encourage those South-East Asian countries which been treading the middle path to stand up to the expansionist designs of their communist neighbour.

Since the 2020 Galwan Valley clashes with China, the Indian government has taken a slew of measures to revamp defence production

India’s diplomatic offensive, along with a big push towards weapons sales. Seeks to leverage the capacity of its sizeable defence manufacturing sector. In fact, since the Galwan Valley clashes with China in June 2020, the Indian government has taken a slew of measures to revamp defence production, increase self-reliance and reduce dependence on defence imports. India was the second-largest importer of arms between 2016 and 2020, with a share of 9.5 per cent of global arms imports. In order to reverse the trend, India has allocated 68 per cent of the military’s capital acquisition budget for 2022-23 towards the purchase of locally produced weapons and systems. This will give a boost to the country’s sprawling defence sector. As much as 25 per cent of the defence R&D budget has been reserved for private industry, start-ups and academia to kick-start design and development of weapon systems and related equipment in the private sector. India aims to achieve a turnover US$25 billion, including an export of US$5 billion in the aerospace and defence goods and services, by 2025.

India has one of the largest defence industrial complexes in the developing world, employing over 200,000 people. The country has 39 ordnance factories, nine under the public sector and more than 150 companies in the private sector producing military hardware. Some 50 dedicated research laboratories and establishments under the Defence Research and Development Organisation (DRDO) are involved in research and development. India is one of the few countries to have designed and produced a fourth-plus generation fighter aircraft, nuclear submarine, main battle tank and intercontinental ballistic missile with a range of more than 5000 km. India has very clearly conveyed to the US, Russia, France and many of its partner countries that now military platforms and equipment will have to be manufactured in the country, say India’s Defence Minister Rajnath Singh. ‘We have told every friendly country that we want to produce the military platforms, weapons and ammunition in India itself, keeping in mind the security[needs] of the country.’

A classic example of this is the production of BrahMos in collaboration with Russia. Already, Russian aircraft like Sukhoi 30 and Migs are produced in India. India’s indigenously developed Tejas Light Combat Aircraft has received inquiries from countries such as Indonesia. Given the impetus to the defence industry being given by the government, India is poised to become an important player in the international defence and aerospace market. Together with the new-found vigour of India’s defence diplomacy, the challenge the Chinese will face in the Indo-Pacific in the near future will be multifaceted and spread across the region. Let us hope the CCP bosses are listening.