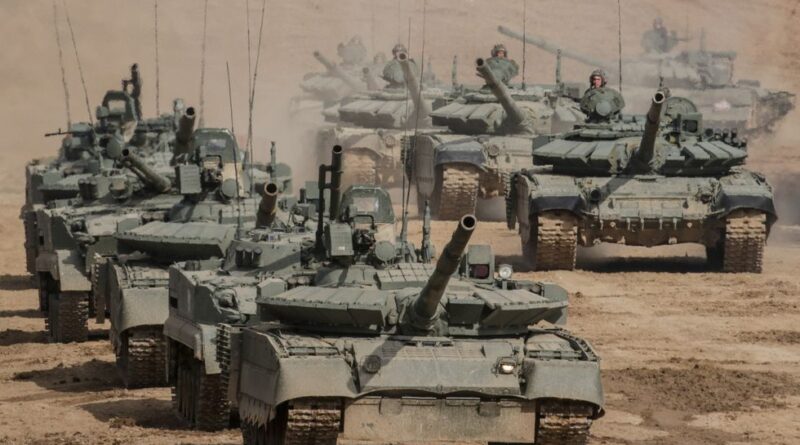 Amidst ongoing Russia-Ukraine tensions, G Parthasarathy highlights the need for a shift in focus to an even more pressing issue – China’s growing assertiveness across the Indo-Pacific

India, like the rest of the world, had expected that even as the Soviet Union disintegrated in 1991, the parting of ways between Russia and its European neighbours would be orderly and peaceful. Violence, disorder and the rise of religious fundamentalism were, however, expected to mark the separation of the Soviet Union’s eastern Islamic Republics. Yet subsequent developments proved these assessments wrong. While the Muslim Chechens rose in a violent but unsuccessful revolt in the Chechen Republic, close to the Caspian Sea, the transitions were peaceful and orderly in the Islamic Central Asian republics of Kazakhstan, Uzbekistan, Tajikistan, Kyrgyzstan and Turkmenistan, which were committed to broadly secular policies. Three erstwhile Baltic states – Estonia, Latvia and Lithuania –even joined the NATO alliance; but Russia made it clear that it would not be sanguine about a NATO presence in immediate neighbours such as Ukraine and Belarus.

Tensions have since run deep between Russia and Ukraine, with which Moscow has territorial disputes. Their rivalry intensified after interference by the US in Ukraine’s internal affairs in 2014, when America allegedly backed the overthrow of a Moscow-friendly Ukrainian government in Kiev. Moscow has viewed US moves in Ukraine as an effort to control its access to the warm waters of the Black Sea and the Mediterranean. President Putin, conscious of these dangers, moved decisively in 2014 to take control of the Crimean region, thus establishing direct Russian access to the Black Sea.

After raising US public opinion against Moscow in the wake of the US debacle in Afghanistan, President Biden has followed through with highly publicised arms shipments to Ukraine, amidst serious differences with Moscow. This show of assertiveness was perhaps inevitable, following the poorly executed and indeed humiliating US withdrawal from Afghanistan. Yet, while Moscow has no reason to invade Ukraine and land itself in a military quagmire, the possibility of Putin considering limited strikes in border areas of its western neighbour, which have large Russian populations, cannot be ignored.

An important development now determining the course of global politics has been the re-emergence of Russia as an increasingly important factor in the global economy, following  the growth of its vast resources of gas and oil. With gas prices in Europe now hovering at around $2,100per 1,000 cubic metres, Russian production costs are now substantially more competitive internationally, and US shale gas will find it difficult to compete in the European market, given the more modest prices of Russian gas supplies. Other energy suppliers, whether in the Persian Gulf, Europe or in West Asia, will be similarly placed. The US now asserts that unless Russia acts according to its wishes in Ukraine, the proposed supply of Russian gas through a second pipeline (Nord Stream 2) should be rejected by recipient European powers like Germany.  Sales of gas from this second oil pipeline will amount to around $15 billion annually, which is a bargain price for European countries. Such competitive prices for natural gas will inevitably call into question the steeper energy prices charged for shale gas from the US.

India would like to see the differences between the US and Putin’s Russia on developments in Ukraine settled amicably, and soon. This is because the primary focus of attention has to be on the role of an increasingly assertive China across the Indo-Pacific region. The Foreign Ministers of the Quad– comprising the US, Japan, India and Australia – met in Canberra, Australia recently for high-level discussions on cooperating with the ‘centrality’ of ASEAN in developing a ‘free and open Indo-Pacific region’ which is ‘inclusive and resilient’.

The diplomatic framework for enhancing cooperation in the region was set at the February 11 meeting, at which full support was pledged for ‘ASEAN unity and centrality’ and an ‘ASEAN-led architecture’for its partners ‘to advance the practical implementation of ASEAN’s outlook on the Indo-Pacific’. Moreover, the Quad has pledged to donate more than 1.3 billion Covid vaccine doses globally, noting: ‘We are pleased with the Quad Vaccine Partnership’s rapid progress in expanding vaccine production at the Biological E Ltd facility in India, which aims to deliver at least one billion vaccines by the end of 2022’. These vaccines are being manufactured in Hyderabad, and India has pledged to provide one billion vaccines by the end of 2022. The Quad has also made a firm commitment to help regional countries, particularly small island states, to deal with natural disasters.

In the meantime, concerns continue to mount in ASEAN nations over China’s growing propensity to use force to impose its will on countries ranging from Japan, Vietnam and Indonesia to the Philippines, Malaysia and Brunei, in order to enforce Beijing’s unilateral maritime boundary claims, which have no basis in International Law.

Faced with continuing challenges by China on its maritime boundaries, Indonesia has just placed an order for advanced jet fighters from the US. India has meanwhile expanded its military collaboration with ASEAN countries, with a $350 million agreement to supply three batteries of Brahmos Cruise Missiles, with a range of 300 km, to the Philippines, which faces constant transgressions of its maritime boundaries by Chinese vessels. There has also been a long-standing agreement between India and Vietnam for the supply of high-speed patrol boats. China, meanwhile, will have to become increasingly prepared for Indonesia to challenge more actively Beijing’s untenable maritime boundary claims. Jakarta is now set to modernise and strengthen its Air Force, investing $22 billion in purchasing, like India, 42 Rafale jets from France, and 36 F 15 fighters from the United States.

These are significant moves, which show mounting collaboration in the region. Looking from a broader perspective, the Quad is dedicated to building a stable balance of power in the Indo-Pacific, with respect for the maritime boundaries of all countries, large and small.