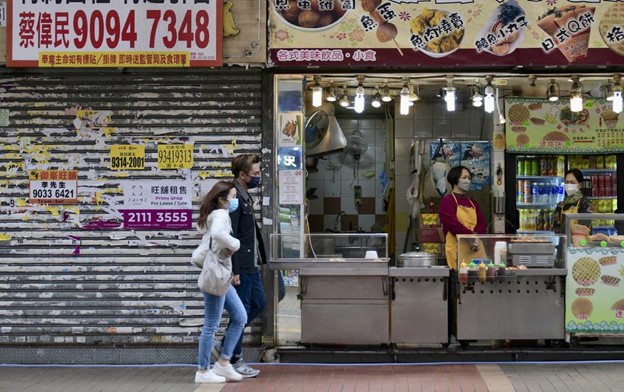 Asia seems to have passed through the worst stage of the pandemic, yet the virus continues to spread rapidly in Hong Kong, with cases topping 6,000 per day in February. Ronald Chan considers the impact on business and society

A fifth wave of Covid infections has hit Hong Kong hard. Although the  overall death toll remains low by international standards – fewer than 500 people by mid-February 2022 – the spread of infections and the pressure on the health system are major concerns.

Yet some people find ways around the restrictions. For example, one woman who was determined to attend her daughter’s enrollment at a UK college flew via Dubai, where she spent 14 days in quarantine, before returning to Hong Kong for a further fortnight in isolation.

The impact on education in the city is severe.

The authorities have asked schools to shift their summer holidays to the spring, so that school buildings can be used as testing, isolation and vaccination centres.

Public health experts hope that the fifth wave will peak between the first and second week of March, then gradually fade away in late April.

As well as the negative effects on education, disruption to business has been considerable. The Asian Securities Industry & Financial Markets Association has complained that nine out of ten of its members find it difficult to operate in Hong Kong because of the restrictive Covid-19 policies.

Many expats are considering repatriation to their home countries in order to live an easier life, or to be with family. Furthermore, a number of large firms are contemplating moving staff or functions away from Hong Kong, with many more reporting that they face difficulty in attracting and retaining talent in the city.

A managing partner at a leading law firm told me that the travel restrictions have a negative impact on Hong Kong’s cosmopolitan image and are discouraging for the younger generation.

As a result of all this, other cities in China, Japan and elsewhere in Asia are trying to lure multinationals away from Hong Kong.

Many executives are also worried about the impact of the Security Laws imposed on Hong Kong by Beijing which restrict political freedom and the independent media. Some see the intervention by Xi Jinping into the Covid crisis as a further challenge to the city’s autonomy.

Women, in particular, are being hard hit by the situation. Currently, over 400,000 domestic workers reside in Hong Kong, mostly women from Indonesia and the Philippines, few of whom have insurance to cover their medical bills. If they catch Covid, they are legally required to live with their employers or must be isolated in government facilities or hospitals.

An organisation called Help For Domestic Workers says it is assisting more than one hundred women who have been left homeless, including at least a dozen who were fired by their employers and ordered not to return to the home. Some domestic workers have been forced to sleep in parks, at overpasses, or outside hospitals.

The Philippines consul general to the city, Raly Tejada, accused those Hong Kong residents who were firing and evicting their workers of illegal and ‘immoral’ acts.

‘If it can be proven that they were asked to leave because of their sickness, this can be considered an illegal dismissal under the employment ordinance in Hong Kong,’ Tejada told The Guardian newspaper.

In the light of such hardships, there is resentment that some high-profile figures seem to be able to travel freely in and out of Hong Kong without worrying about the Covid restrictions. In November 2021, the CEO of JP Morgan Chase, Jamie Dimon, skipped the strict 21-day hotel quarantine – with Chief Executive Carrie Lam claiming that Mr Dimon’s visit carried a ‘totally manageable’ risk. In addition, Hollywood actress Nicole Kidman was allowed into the city to work without facing mandatory hotel quarantine.

Yet no such exemptions were granted for most of the 90,000 travellers to Hong Kong last year.

One local office worker complained to me: ‘I don’t see why a CEO would be any less at risk of spreading Covid than a regular traveller. But of course, the Hong Kong government has always prioritised its business interests rather than looking out for its general population’s health and well-being.’

Ronald JL Chan has worked in policy research and consulting and is currently finishing his master’s degree at SOAS, University of London