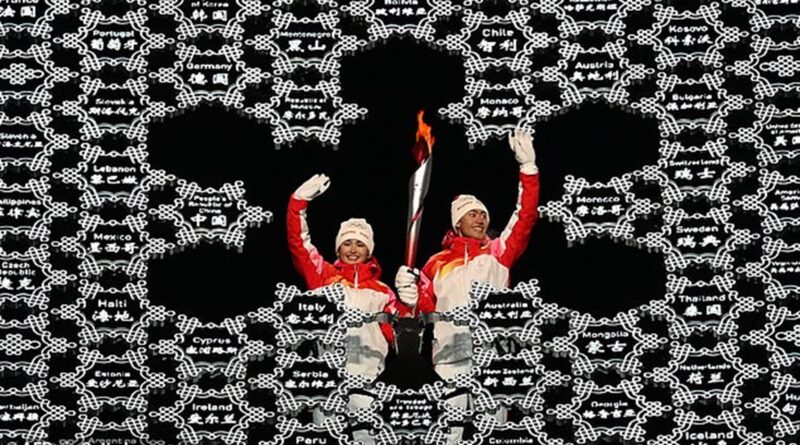 China used the Winter Olympics to reinforce its ties to Russia and deflect criticism of its domestic human rights record. Duncan Bartlett considers why athletes, who are often outspoken on politics, were not more vocal in Beijing

Many international sports stars believe it is their solemn duty to express opinions on social and political issues.

For example, when the Japanese tennis star Naomi Osaka took part in the US Open, she wore masks to the court bearing the names of black people who had been the victims of police violence.

Explaining her decision on Twitter, she said that,‘as a black woman I feel there are much more important matters than watching me play tennis’.

Sports arenas in the United States have been forums for debates about race and discrimination since footballers started ‘taking the knee’ before matches in 2016. In recent months, there have also been intense discussions about discrimination in cricket in the UK and India.

A view on China

It is inevitable, therefore, that many athletes will have strong views about the treatment of ethnic minorities and political dissidents in China.

Yet those who took part in the Beijing Winter Olympics in February largely chose not to raise their voices publicly. Most of them concluded that it would be safer to hold their tongues until they were out of the country and able to reconnect with their followers on Twitter, which is censored in China.

There were, however, some heartfelt protests in other locations. In New Delhi, hundreds of Tibetans – exiles who have lived in India since their religious leader, the Dalai Lama, was forced to flee from Tibet in 1959 – demonstrated near the Chinese Embassy, denouncing China’s hosting of the Winter Games and calling for Tibet to be freed from Beijing’s control.

Over100 protesters, including Uyghurs, Tibetans and members of the Hong Kong diaspora, also rallied near the Chinese Embassy in Tokyo.

Global Athlete, an international sporting advocacy group, says China is ‘internationally known for its human rights violations’. However, it strongly urged its members not to speak up on such issues while in Beijing, given the attitude of the Chinese authorities.

When asked what level of criticism China would tolerate at the Olympics, Yang Shu, deputy director general of Beijing 2022’s International Relations Department, offered a reply to reporters which was not particularly reassuring.

‘Any expression that is in line with the Olympic spirit, I’m sure will be protected and anything and any behaviour or speeches that are against the Olympic spirit, especially against Chinese laws and regulations, are also subject to certain punishment,’ said Ms Yang, according to the BBC. She suggested that a possible punishment could be the cancellation of an athlete’s accreditation.

China rejects accusations that it has been committing genocide against Uyghurs and other minority groups in the Western province of Xinjiang. State media reassures China’s citizens that the operation in the region is in the interest of national security and that the detention centres –  which hold up to a million people – are for education purposes.

The organisers of the Opening Ceremony of the Games turned the spotlight on a cross-country skier with Uyghur heritage. Dinigeer Yilamujiang enjoyed a moment of glory when she lit the Olympic cauldron but went on to perform poorly in her events, finishing near the back in her races.

The New York Times calledBeijing’s choice of a Uyghur for the cauldron-lighting role ‘provocative’, while the United States, Denmark, Australia, the UK, Canada, Japan and India all chose not to send government delegations to the Games due to human rights concerns.

Global Athlete took the view that the International Olympic Committee had ‘made athletes pawns in a geopolitical fight’. It said that by supporting China at the Olympics, the IOC was effectively leaving participants with no choice but to comply with the regime’s expectations of the event.

The strict rules against political protest appear to suit the president of the International Olympic Committee, Thomas Bach.

When Mr Bach met President Xi Jinping at the Diaoyutai State Guesthouse in January, ahead of the start of the Games, he praised China`s ‘efficiency, determination and dynamism’ and pledged to ensure ‘a smooth, safe and successful Winter Games’, according to the state broadcaster CGTN.

When challenged over athletes’ freedom of speech, the International Olympic Committee refers to rule 50.2 of its guidelines, which protect the neutrality of sport and of the Games.

‘The Games are governed by the IOC Rules, they will be applied at Beijing 2022 like at any other edition of the Games before,’ it says.

What is more, the IOC pressed Taiwan to co-operate with the Chinese agenda for the Games. Taiwanese athletes competed under the banner of Chinese Taipei. They agreed to take part in the Opening Ceremony in Beijing, but said they were pressurised to do so by the IOC.

China claims the self-ruled island of Taiwan as its own territory and has an ongoing policy of diplomatic and military intimidation.

Then there is the controversy surrounding the sudden disappearance of tennis star Peng Shuai, into which the International Olympic Committee has also been drawn. She dropped out of view last November after she made allegations of sexual assault against a senior member of the Communist Party.

Ms Peng claimed that former Vice-Premier Zhang Gaoli forced her to have sex with him. Zhang Gaoli ran the government’s working group with the IOC and Ms Peng appeared at three Olympics.

After she disappeared, causing international outcry, China’s propaganda department arranged for her to speak with Thomas Bach over a video link. She assured him that everything was fine and said that there was no reason to be concerned about her wellbeing. During the Olympics, she claimed the entire situation was a ‘misunderstanding’ and said she had never disappeared.

‘I never said anyone sexually assaulted me. It’s just that a lot of people, like my friends, including from the IOC, messaged me, and it was quite impossible to reply to so many messages,’ Ms Peng told a French news reporter, via email.

One political leader who had no qualms about going to Beijing was Vladmir Putin of Russia. He was a prominent VIP guest, choosing to stand beside Xi Jinping at many photo opportunities.

The two men also held a long meeting in which Mr Xi appeared to formally throw his weight behind Russia on the Ukraine issue.

Mr Yi uses similar language when dismissing unwelcome outside criticism of his own country. There was nothing in his response to suggest that angry athletes or protest marches make the slightest bit of difference to the thinking of the Politburo of the Chinese Communist Party.

Duncan Bartlett is the Editor of Asian Affairs magazine and a research associate at the SOAS China Institute, University of London. He is currently a teacher on an online course for Economist Executive Education entitled International relations: China, the US and the Future of Geopolitics