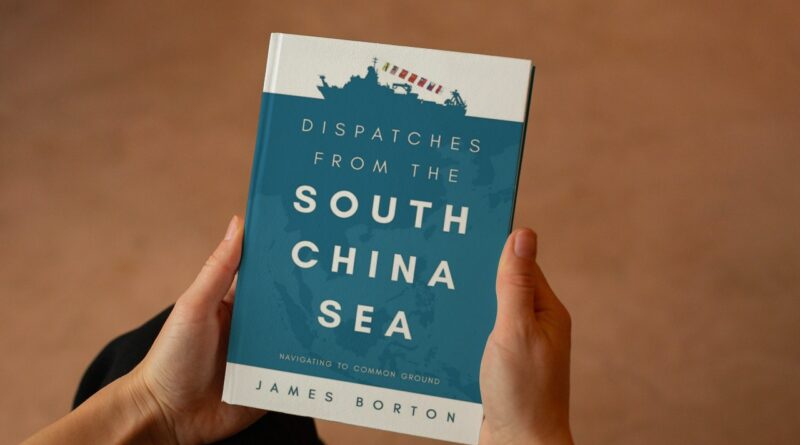 The art of science diplomacy

The South China Sea is a significant maritime region that has often remained a bone of contention between the surrounding nations. The Chinese military presence and the claims based on the nine-dash line have only exaggerated its strategic value over the years. Now, in an intriguing perspective around this maritime region, veteran foreign correspondent and journalist James Borton informs the world about an ‘unsolved environmental crime scene’ in his book Dispatches from the South China Sea: Navigating to Common Ground. This rare science-focused view of the Pacific water body demands global attention, considering its ecological fragility has taken a back seat amidst the geopolitical tussle between the contending nations.

Borton addresses the lesser-known issues faced by the seafaring communities of the surrounding nations, especially reporting from Vietnam. His expertise comes from being an in-the-field reporter for more than two decades in Southeast Asia. ‘As a reporter and waterman, I have asked and answered central questions surrounding the patterns of overexploitation of the biological resources in the region, and believe that the environmental perspective can no longer be ignored,’ he writes. Years of overfishing and overexploitation of marine resources have resulted in a massive scarcity of the same. That, coupled with the changing climatic alignment pushed to its limits by man’s greed, has crippled nature’s ability to re-invent and re-generate. The book highlights the morbid reality that in the last 50 years, half of the coral reefs have disappeared, only 10 per cent of large fish remain and many species are on the brink of collapse. Unsustainable fishing practices, pollution – including 20 million tons of plastic entering the oceans yearly – and rising temperatures are continued threats.

As a sailor, the author engaged with the marginal coastal communities of Vietnam, seizing the opportunity to bring forth their stories. The most pertinent prospects are unravelled in his inference that the problems faced by the fishing community are a convergence of geopolitics and marine environmental issues. The perils faced by the sea-dependent communities due to territorial conflicts and sovereignty claims have been exacerbated by the escalation of extreme weather condition such as typhoons and other coastal disasters. Borton was onboard several fishing trawlers where he heard the tales of attacks from China’s brutish offensive in the South China Sea, where Beijing’s steel hulled vessels rammed and sank Vietnamese wooden fishing boats.

The rising challenges from the destruction of coral reefs, associated with China’s purposeful and reckless transformation of small reefs and rocks into artificial islands with military structures, have set the framework for an ecological catastrophe. Similar issues irk other claimant nations, including Indonesia, the Philippines and Thailand. The plight of the poor communities under the looming shadow of an Asian giant is depicted well: ‘The ongoing fishing vessel skirmishes and continuing provocative Chinese-led actions have cast long shadows,’ writes Borton, ‘and resulted in economic losses for many fishermen with boats sunk and equipment stolen.’ With more than 50 per cent of China’s global fishing fleet operating in this region, the predatory nature of Chinese fishing practices has led to destabilisation of the fragile maritime regional balance.

What sets this book apart is that the identification of problems has been sincerely followed by a prospective solution. The author’s outcome orientation and forward-looking approach makes this work very relevant and critical to the current time and age.

Borton suggests science diplomacy as an initiative to counter the ever-increasing fusion of political and ecological issues. He argues that science diplomacy through conferences and webinars can and does provide a solid bridge that links science and policy. He stands vindicated in his claim that science is a common and apolitical language that brings allies and adversaries together with technology and innovation to address cross-border challenges. The blatant necessity for a science-based cooperation, especially with respect to climate change and the handling of the pandemic, cannot be contested as it is amply clear that these novel challenges cannot be dealt with in isolation by a single nation. He is right in relaying the collective message ‘we are all in this together and the body of ecological science reminds us that life is interconnected’.

Yet, while the suggestion is rational and calculated in its scope, dealing with an impending ecological doom in a region rife with contesting claims and territorial conflicts may not be easily implementable. While the Philippines and Vietnam are planning in 2022 to renew their joint oceanographic marine science surveys in the South China Sea, it will be quite a task to include Beijing in a collective scientific conference to conclude a roadmap for the environmental conservation of what it claims as ‘territorial waters’. However the author correctly identifies the inter-relation between foreign policy and ecological strategy in the region. While it is difficult to reach a conclusion, the initiation must happen and the Association of Southeast Asian Nations (ASEAN) might have considerable leverage in this context.

Borton’s book diligently brings forth the ecological cataclysm unravelling beneath a militarised maritime zone and sets a neat tenor for a future roadmap in order to salvage the foreseeable crisis. In the author’s words, ‘this book explains how conflict and cooperation can co-exist and that competing nations can, through environmental collaboration, adopt and trust science-driven peacebuilding measures that can influence and guide policy’. His argument that ‘the South China Sea can become a body of water that unites’ is a long-term goal that will require sincere efforts by all stakeholders, but it is surely one worth working towards.

Tanya Vatsa, a law graduate from National Law University, Lucknow, and a former assistant advocate, is currently a geopolitical analyst with The Synergia Foundation, an India-based think tank. Her writing on international relations has been published by the Diplomatist, International Policy Digest and The Kootneeti