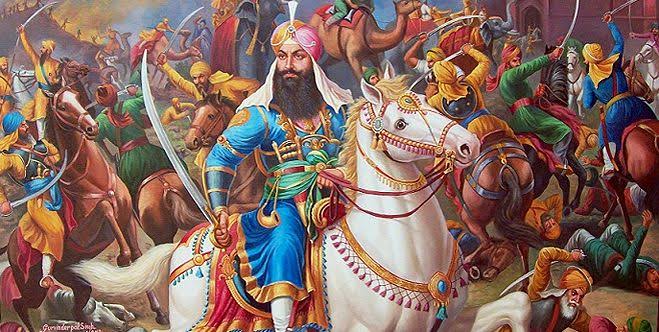 Monument to the Maharaja

A statue in tribute to a visionary 18th century Sikh leader and warrioris to be erected outside a gurdwara in Derby, in the East Midlands of England.

Plans for the monument of Maharaja Jassa Singh Ramgarhia, depicted riding a horse into battle, have been approved by Derby City Council, along with a new commemorative gate for the Ramgarhia Gurdwara. Both will stand at the entrance of the Sikh temple in St Thomas Road, Derby.

Maharaja Jassa Singh Ramgarhia, who was born into a Sikh family with the surname Bhambra, lived from 1723 to 1803. Herose to the position of Sardar (Commander) of the Sikh Misl (Confederacy), later known as Ramgarhia, and built the Ram Rauni fort and Ramgarhia bunga (watchtower) in Amritsar. He was said to be skilled in both diplomacy and military matters, both of which he used to accomplish his goals.

The statue will mark his 300th birth anniversary next year, and will coincide with the 2023 celebrations of his legacy, as well as the achievements and history of the Sikh people.

Those  behind the project application said the Maharaja and other leaders were instrumental in helping Sikhs in Punjab, India to survive and protect their land from enemies.

Planning documents on behalf of the applicant by SREAR Design said the occasion to honour Maharaja Jassa Singh Ramgarhia and his era is a ‘once-in-a-lifetime event with unparalleled significance’.

The gurdwara’s management said the 10-foot (3-metre) tall statue – which will be placed on a stone pedestal – would ‘add to the diversity and cultural value of Derby City’, which has a large and close-knit Sikh population.

Regarding the arched gate, council bosses said that, despite a ‘slight negative indirect impact’ on the listed former Sherwood Forester pub ‘due to the gate’s dominance’, it would not be enough to refuse the application.

Derby City Council added that the proposed archway and statue are considered to be ‘visually in keeping with the current cultural character of the site and will not have an adverse visual impact on the surrounding area’.