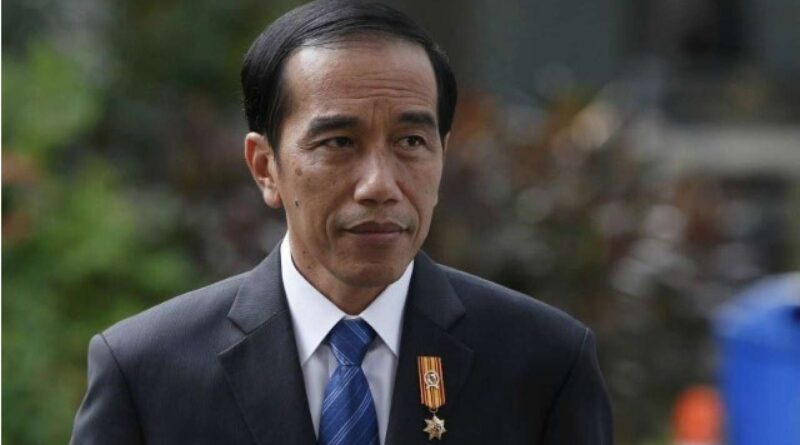 Over the last few decades, the global geopolitical arena has been splattered with the ugly stains of Islamic radicalism, often described as jihadi fundamentalism – jihad meaning a call to ‘holy war’. Be it in the name of Taliban, Islamic State (IS) or al-Qaeda, Islam has regrettably come to be perceived as an acronym for terrorism and fanaticism.

Many countries with a Muslim majority have been caught in a struggle between medieval Islamic ethos and those of a modern state. (Pakistan is an example of that.) This not only emboldens the fanatic segments but also creates road blocks in the society’s overall progress. But Indonesia, where 88 per cent of the population is Muslim, has successfully been experimenting with the highly tolerant Islam Nusantara, which shuns orthodoxy and denounces violence in the name of religion. Theirs is a humanitarian interpretation of Islam.

Claiming a following of 90 million, Nahdlatul Ulama (NU), the largest mass organisation of Muslims in Indonesia, has been involved in social, religious and educational activities. It also directly operates a majority of the country’s Islamic boarding schools. Nahdlatul Ulama, meaning ‘Reawakening of Islamic Scholars’, preaches ‘Rahmah’,which literally means‘love and compassion’. It is the world’s largest Islamic organisation.

Established in 1926, NU has always been against the rigid interpretation of Wahhabi Sunni Islam propagated by Saudi Arabia. The organisation played an important role in the struggle for democracy against Suharto’s dictatorship. Following the rise of radical Islam and jihadis setting up sleeper cells in Indonesia, NU called for Humanitarian Islam and equal citizenship for non-Muslims.

These organisations donot subscribe to the concepts of a caliphate or global Islam. They endorse constitutional law and modern jurisprudence. This is also reflected in Pancasila (the Indonesian state’s five guiding principles): Belief in God, humanism, national unity, democracy and social justice. An overwhelming majority of the country’s 270 million people are Muslims, but Indonesia is not an Islamic state. Constitutionally, it is a secular state, with the government officially recognising six formal religions.

This rejection of radical Islam by these organisations doesnot mean that religion and politics are strictly separated domains in the country, as in most secular democracies. The two almost inevitably go together, which has resulted in these powerful religious organisations influencing politics. This was very much visible during the 2019 presidential election. President Joko Widodo won his second term by nominating NU’s septuagenarian supreme leader, Ma’ruf Amin, as his running mate.Amin was also the chairman of the Ulema Council of Indonesia (Majelis Ulama Indonesia– MUI) when he accepted the vice-presidential nomination.Widodo won despite the tough fight waged by his opponent, Prabowo Subianto, garnering most of his support from the NU strongholds of East and Central Java.

Although moderate Islamhas been promoted by the major Muslim organisations,the mixing of religion and politics in the post-Suharto era has led to the growth of ultra Islamist groupings like Hizbut Tahrir Indonesia (HTI), the Indonesian Mujahedeen Council (MMI), which advocate a pan-Islamic caliphate and the full implementation of Shari’a, as well as the violent Islamic Defenders Front (FPI). These have been infiltrating the larger mass organisations. West Java has been a fertile breeding ground for such fanatics, including the province of Aceh, which enjoys special autonomy by a central law to establish Shari’a as an adjunct to national civil and criminal law.

Nevertheless, there has been a mass pushback against the radicals, who have remained fringe elements in Indonesia. President Joko Widodo advocates a strict separation of religion and politics. His position is supported by major Muslim organisations.Going a step ahead, the new NU supremo, 55-year-old Yahya Cholil Staquf,says that he wants the organisation to be politically ‘neutral’. However,the new NU executive board (PBNU)is packed with politicians. It includes two-term Golkar legislator Nusron Wahid, ruling Indonesian Democratic Party for Struggle (PDI-P) members Nasyrul Falah Amru and Mardani Maming, Central Java deputy governor and Development Unity Party (PPP) politician Taj Yasin Maimoen, besides PPP stalwart Mushtofa Aqil Siroj. Nusron, a shrewd politician, will be PBNU vice-chairman for 2022-2027. This hardy makes NU ‘politically neutral’ but definitely inclusive. Interestingly, the PBNU has nine women members for the first time. Observers say Staquf is tacitly broadening NU’s base so as to ensure that the candidate he backs could win the 2024 presidential election.

Notwithstanding Indonesia’s religious tolerance, there is a constant struggle between opposing views with regard to the interpretation of Islam.For instance, Aceh province enforces Shari’a and those who sell or consume alcohol are often publicly caned. The country’s blasphemy laws have often come in for criticism, too. In 2017, Jakarta’s Chinese Christian governor, Basuki Purnama, was imprisoned for 20 months for a statement he made in regard to a Quranic verse. Last year, a Christian girl student was forced to wear a headscarf. However, within weeks the central government passed adecree banning schools from making it compulsory for students to wear any religious attire.Yaqut Cholil Qoumas, minister of religious affairs and an important member of NU, was one of the three ministers who signed the joint decree banning the imposition of headscarves on students. This clearly indicates that the reformists are quite determined to push back against the fanatics.

Unfortunately, Humanitarian Islam has had no takers among Islamic scholars, who are focused on the Middle East and have often tried to promote the medieval interpretation of Islam as being the purest form of the religion. Often they ignore the basic teachings of the Prophet Mohammad and get intertwined in the later interpretations of Islam by Mullahs and caliphs. As a nongovernmental initiative, Humanitarian Islam, which is the opposite of political and conservative interpretations of Islam, differs from Middle Eastern efforts to interpretthe faith more in the light of the Islamic caliphate. This narrow interpretation has led to the mushrooming of jihadi outfits across West and South-East Asia, in particular.

NU has launched the Arabic-language version of its English website https://arabic.baytarrahmah.org/ promoting the Humanitarian Islam movement. The website declares: ‘The Humanitarian Islam movement emerged from Java’s 15th and 16th century Wali Songo (Nine Saints) movement, whose wisdom, respect for pre-existing cultures and profoundly spiritual modes of da‘wah (proselytism) precipitated the emergence of a great Islamic civilisation in the Malay Archipelago, rooted in the principle of rahmah (universal love and compassion) and other noble values of religion.’

Further, the website says that elements of Shariah, which Muslims consider divine law, are being manipulated by groups like the Islamic State and al-Qaeda to justify terrorist attacks around the world and to rally fighters to battle in the Middle East and elsewhere. These forces seek to turn Islam into a political weapon.

This noble effort by the people of Indonesia to make Humanitarian Islam a part of the mainstream discourse on religion could go a long way to bring harmony among peoples around the globe.