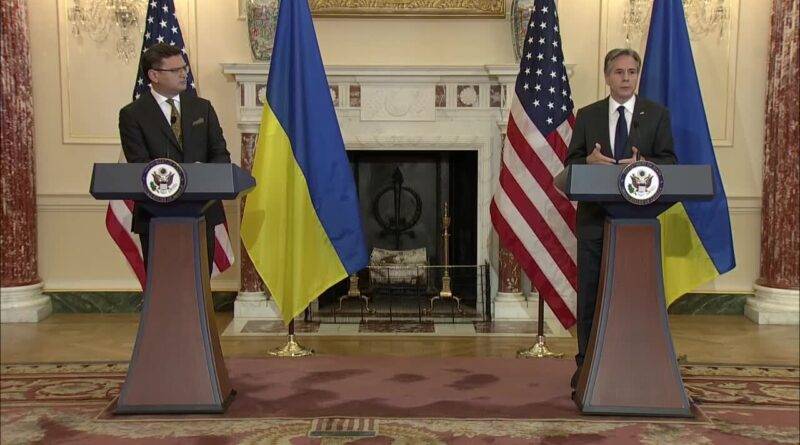 The real point of focus

The international turmoil that has followed the second wave of the global Covid pandemic and the Russian military intervention in Ukraine is posing difficult challenges for India.  Some 43 million Indians were afflicted by the virus and 516,000 have died, while 1.8 billion doses of the vaccine have been injected. Mercifully, moves for economic recovery in India are looking promising, with a growth rate of 8.7% expected this year.

So the last thing the world needed was to witness the winds of conflict amidst great power rivalries, which made matters worse for those threatened by the pandemic. It is astonishing that instead of working together to deal with these challenges, the world’s leading powers have continued bickering over territorial rivalries that accompanied the disintegration of the Soviet Union just over three decades ago.

Mercifully, the parting of ways between Russia and its Muslim-dominated Central Asia Republics was effected harmoniously. But the United States, major European powers and Russia nevertheless appear determined to get involved in unseemly rivalries, as witnessed by the totally futile, avoidable and costly territorial conflict in Ukraine. While NATO powers, led by the US, are pouring weapons into the battle zone across Ukraine, the Russians are determined to see that their access to the Baltics and the Mediterranean remains secure. Millions of hapless Ukrainians have been forced to flee from their homes, while jingoism by leading powers and Ukraine’s young and charismatic leader, Volodymyr Zelenskyy, is delaying what should have been an immediate cease-fire. Russia, in turn, has resorted to an astonishingly strong use of force, with varying accounts of what has transpired. Positions have hardened, after Russian actions resulted in growing civilian casualties.

The present tensions along Russia’s borders arise primarily from moves by Ukraine to distance itself from Moscow while seeking closer security ties with the US and its NATO partners. Ukraine’s President Zelenskyy soon began seeking a close relationship with the US, which came with widespread security dimensions. This process inevitably led to the takeover by Russia of parts of the Donetsk and Luhansk regions of Ukraine, together with the Port of Odessa, giving Russia direct and unhindered access to the Baltic Sea.

Matters came to a head and tensions escalated when Ukraine and the US inked a ‘Charter on Strategic Partnership’ on November 10, 2021, which was signed by Secretary of State Blinken and his Ukrainian counterpart, Dmytro Kuleba. As the US and its European allies joined hands to back Ukraine, Russia’s military momentum in Crimea gathered strength. It is, however, doubtful if Moscow will now agree to any withdrawal from areas of its access to the Baltic Sea. All this, amidst the imposition of increasing sanctions on Russia by the US, and its NATO allies.

India’s primary focus of attention during the first month of tensions in Ukraine was in ensuring the return of over 20,000 of its nationals, primarily comprising medical students, to their homes. That difficult exercise has been undertaken successfully. India has also urged an  early end to the violence. There is naturally concern about the likely impact of recent financial and currency restrictions and sanctions imposed by the US and its partners on imports, and indeed all financial transactions, with Russia. India’s major imports from Russia are defence equipment ranging from tanks and artillery to fighter aircraft and frigates. New Delhi, however, has long experience of dealing with defence equipment from Moscow, from the days of the Soviet Union. Indeed, virtually all economic transactions with the Soviet Union were made in Indian rupees through Indian banks, which have no exposure to banks in western countries. There have, meanwhile, been offers by Moscow to supply oil to India at discounted rates, which have been accepted by New Delhi.

Given its vast resources of oil and natural gas, Russia cannot be kept out of the global energy market indefinitely. There is, in fact, a feeling that the US and China will be the principal beneficiaries of recent sanctions. China can easily arrange payments for its purchases of natural gas from Russia. Trade in oil and gas between Russia and its traditional partners in Europe meanwhile continues. The US, in turn, will benefit, with better prices for its exports of natural gas. And there is already talk in the US of financial incentives for increased indigenous production of shale gas.

America has been pragmatic in dealing with these developments, while expressing understanding for India’s concerns and imperatives. Similar understanding prevails in Japan, whose Prime Minister Fumio Kishida recently visited India. Japan attaches importance to the working of the QUAD (comprising the US, Japan, India and Australia) for the security of the Asia-Pacific, in the face of growing Chinese assertiveness in the region. The last Summit meeting of the QUAD on March 3 spelt out areas in which India, Japan, the US and Australia will cooperate on issues ranging from vaccines produced in India to greater maritime and military cooperation across the Indo-Pacific.

It is clear that while dealing with the tensions now prevailing across Russia’s borders, amidst Moscow’s increasingly strained relations with the US, India will have to remain focused on keeping the wheels of its external economic relations moving smoothly.

Sadly, however, there is no serious discussion on how the nations of the world should work together to avoid such mindless recourse to violence in the future. The countries concerned are instead involved in debates on the righteousness of what they have done. Surely all of us could do better by ensuring, as human beings, that such a situation does not ever arise again.