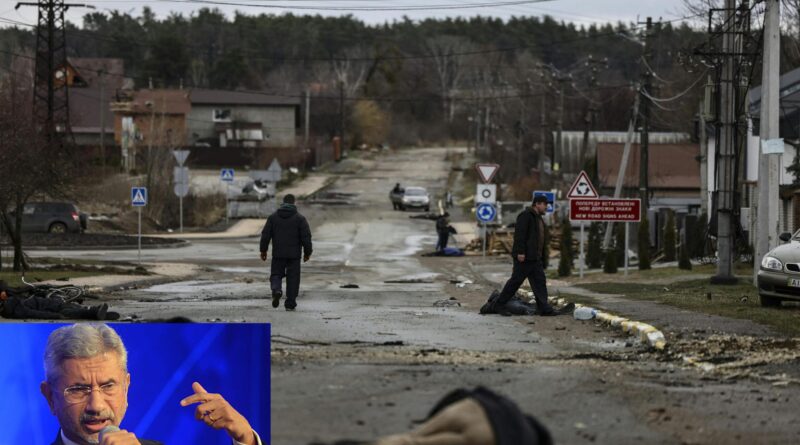 G Parthasarathy examines the historic inter relationships between the US, India and Russia, and how these have affected attitudes towards the current situation in Ukraine

Politicians, journalists and scholars across the US and Britain have given a number of explanations regarding India’s approach to recent events in Ukraine. One learned writer even described New Delhi’s approach to the war in Ukraine as ‘India’s defiance of Washington’s Russia strategy’. Yet anyone who has seriously studied the history of India’s foreign policy should be clear that India places predominant emphasis on its own ‘strategic autonomy’. The same author perceptively noted that ‘the US wants to use the Ukraine conflict to bring India into alignment with the West on issues that don’t relate to China’. Indians find this a rather odd rationale, as India had long called for universal sanctions to be imposed on apartheid-era South Africa. The US and its allies, however, maintained diplomatic relations with a racist South Africa for decades.

These are the considerations which have shaped India’s approach to the Russian military intervention in Ukraine. It must, however, be acknowledged at the outset that, ever since India’s independence, successive leaders of the Soviet Union, from Khrushchev to Gorbachev, helped India to develop its industrial base. These industries were in areas ranging from steel and heavy industries to nuclear powerand electrical equipment. More importantly, while the US had earlier institutionalised military relations with Pakistan, India faced what was a military alliance comprising the US, China and Pakistan during the Bangladesh conflict in 1971. It was the Soviet Union that stood with India in those difficult times, though the UK and France also expressed their understanding of India’s position.

The Russian military intervention in Ukraine lacked both direction and purpose

As the Cold War drew to an end, things changed. The US found that an economically vibrant and militarily modernising China complemented its ambitions for global pre-eminence by seriously challenging the Soviet Union. While the US was then ready to step up economic and strategic ties with China, it chose not to do so with Russia. Washington quite naturally placed emphasis on its commitments and role in NATO. India, in the meantime, maintained its close ties with Russia, which remained a reliable partner on defence cooperation, even as Delhi strengthened its defence ties with the US, while also seeking to fortify its conventional and nuclear facilities, both on land and at sea.

For India, Russia has remained a reliable long-time partner on defence supplies. Moscow has not hesitated to provide India with reasonably priced weapons and equipment, which were immensely useful duringrecent tensions on its border with China. It is primarily because of the growing challenges posed by China that India, the US, Australia and Japan have joined hands for security cooperation across the Indian and Pacific Oceans, in a grouping known as the Quadrilateral Security Dialogue, or Quad, which has been useful in meeting challenges from an assertive China. The range of cooperation within the Quad has steadily expanded in recent years to not only meet the challenges posed by Covid, but also to enhance business and economic ties across the Indian and Pacific Oceans.

As for Russia, Ukraine is of crucial importance to Moscow because it lies on Russia’s route to the Black Sea. It was primarily for this reason that, fearing Crimea would come under Ukrainian and American control, Russia seized control of Crimea in 2014.

US intentions were spelled out quite explicitly in a November 10, 2021 Ukraine-US Joint Statement, which asserted that the US ‘intends to support Ukraine in its efforts to counter armed aggression, economic and energy violations, and malicious cyber activity by Russia, including by maintaining sanctions against, or related to, Russia, and by applying other relevant measures, until restoration of the territorial integrity  of Ukraine’. The US also averred that, together with Ukraine, it would deepen cooperation in areas such as ‘Black Sea Security, cyber defence, and intelligence sharing’, in order to counter ‘Russia’s aggression’. Indeed, Russia was declared a ‘potential aggressor’.

This provision, with its strong measure of anti-Russian rhetoric, raised hackles in Moscow.

The Russian military intervention in Ukraine followed these developments. But the strategy was quite evidently poorly planned in Moscow, as it lacked both direction and purpose. While the Russian takeover of Crimea in 2014 was undertaken with sense of strategic purpose, Moscow’s moves into northern Ukraine, heading towards Kyiv, appeared rushed in the planning, and  counterproductive. Not only were Russian forces spread over a wide area, but the initial moves allowed the members of NATO, led by the US, to pour weapons into Ukraine, with logistic support from countries including Poland. With Russian forces spread thin, Ukraine’s President Zelenskyy was able to stall the moves of Russian forces scattered across Ukraine. Hurried planning also hampered Russian movements in Southern Ukraine. Moreover, the primary strategic objective of securing access to Crimea and the Black Sea was made more complicated due to the serious shortcomings in Moscow’s strategic preparations.

While India has refrained from saying anything about developments within Ukraine during the military operations, it did step in to urge care and caution, to ensure minimal losses of civilian lives. India’s External Affairs Minister S Jaishankar even candidly remarked on April 6 that he was ‘deeply disturbed’ by civilian deaths in the Ukrainian city of Bucha, and called for an independent probe.

How long this conflict will continue is anyone’s guess. These were issues discussed at some length when the Foreign and Defence Ministers of India and the US met in Washington, with President Biden and Prime Minister Modi inaugurating the meeting. Yet, although developments in Ukraine did feature prominently, the primary purpose of the high-level meeting was to enhance security and economic cooperation across the Indo-Pacific. All the Quad partners are determined to continue working together across the shores of the Indian and Pacific Oceans.