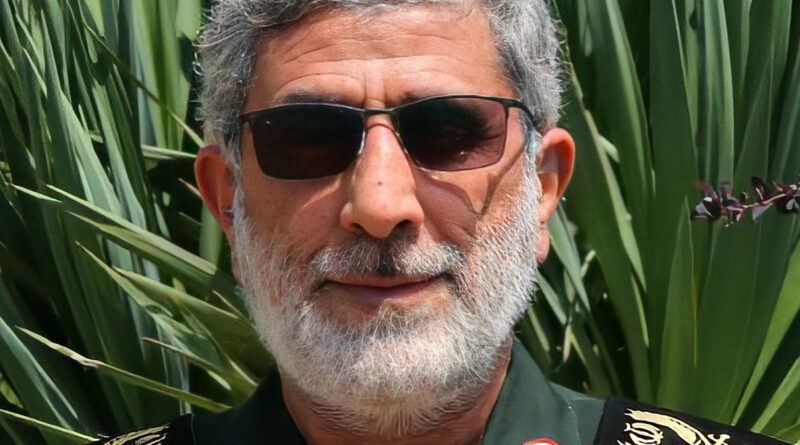 A new international deal to prevent Iran developing nuclear weapons was reportedly close to being agreed. But following Russia’s invasion of Ukraine, the deal, which would have lifted crippling sanctions on Iran, now seems dead in the water. Nicholas Nugent reports

Under the original Joint Comprehensive Plan of Action – commonly known as the Iran nuclear deal – which came into effect in July 2015, Iran agreed to reduce its targets for uranium enrichment and accept scrutiny of its nuclear installations by the International Atomic Energy Authority (IAEA). In return, its seven co-signatories, nuclear powers the US, Britain, France, Russia and China, as well as Germany and the European Union as a bloc, agreed to lift economic sanctions.

But in 2018 Donald Trump withdrew the US from what he dubbed ‘the worst deal ever’, reimposed sanctions on Iran and effectively killed off the deal. When US President Joe Biden took power in January 2021, he made it a priority to renegotiate the Joint Comprehensive Plan of Action.

Talks opened in Vienna and by February this year, it seemed that a new deal was almost ready to be signed, though it was not without hiccups, such as Iran’s insistence – perhaps fearing Trump’s return to power in 2025 – that a future US administration be bound by the terms of the deal.

Settlement of a longstanding financial issue between Britain and Iran and the release of two Anglo-Iranian prisoners held in Tehran was a positive omen for a new multilateral deal, though US citizens held in the same Tehran jail were not released.

Then Russia invaded Ukraine and it appeared that the delicate consensus over Iran between Security Council permanent members would collapse. Suddenly Russia and China were on opposite sides from the US and its NATO allies in Europe – Britain, France and Germany – in a redefined geopolitical world. Stopping Iran developing nuclear weapons became a lower priority alongside the redrawing of borders in eastern Europe and fears that an existing power, Russia, might deploy nuclear armaments, as President Vladimir Putin was threatening.

By February this year, it seemed that a new deal was almost ready to be signed

Iran could have spotted a chance in its desperate effort to escape sanctions, which are threatening the oil-rich country with poverty and even starvation. The world needed alternative sources of hydrocarbons, if Europeans were to stop using Russian oil and gas. Since the embargo has limited its ability to sell oil abroad, Iran has reserves and spare production capacity. It could release between one and one-and-a-half million barrels a day to the world market, which would go a long way towards easing the pain as Europe withdraws from its dependence on Russian oil.

But Iran was not prepared to help Europe or its main Western adversary, the United States. It chose instead to side with Moscow, smuggling arms from Iraq and Brazil to Russia across the Caspian Sea. The Guardian reported that Iran returned an S-300 missile defence system provided by Russia to support its war effort.

The West’s new sanctions on Russia led foreign minister Sergei Lavrov to demand that such measures not impede Russia’s ‘free and full-fledged trading, economic, investment, military and technical cooperation with Iran’. The International Crisis Group, a think tank, suggested this might have been a delaying tactic to protect Russian oil exports by preventing Iranian oil from returning to the market as a possible substitute, though the demand had the effect of undermining the Vienna talks.

With US and EU relations with Russia ‘on ice’ over the latter’s invasion of Ukraine, it is hard to see enough trust between the two sides for a new deal to be signed, let alone made to work. A fatal flaw is that Russia, the nuclear power closest to Iran geographically, had been due, under the draft deal, to take control of Iranian nuclear materials enriched in excess of the new limits, as it did previously in 2015.

Since the embargo has limited its ability to sell oil abroad, Iran has reserves and spare production capacity

A visit to Tehran in March by the European Union’s chief negotiator, Enrique Mora, suggested the EU was looking for a way through the impasse. The EU has been playing a central role in the Vienna talks because of unwillingness by Iran and the US to meet face to face.

Iran has the most reason to worry if the year-long talks do not lead to at least a relaxation of sanctions. A sharp fall in the value of the national currency, the rial, is only the most evident sign of the hardship faced by this country of 85 million. What the Financial Times calls ‘the world’s severest sanctions regime’ lies behind street protests in several cities over the past year, notably by farmers in Isfahan complaining about water shortages, by oil and sugar industry workers striking over pay, as well as pensioners protesting at rising prices in what the paper dubs ‘the largest demonstrations of their kind by state workers since the 1979 Islamic revolution’.

Protests appear to be as much about the hard-line government’s refusal to sign a deal with JCPOA partners unless all its demands are met. President Raisi, who took office last August, was himself sanctioned by the US government for his role in executing dissidents who protested against the Islamic revolution.

Another sign that the negotiations may be doomed is intransigence over activities by Iran elsewhere in the Middle East. The head of Iran’s Revolutionary Guard Corps, Brigadier Esmail Ghaani, vowed in April to continue supporting militias across the region – notably in Lebanon, Syria, Palestine and Yemen – against their ‘Zionist’ enemy, in other words Israel. The US had been trying to use the new deal to check Iran’s overseas activities, which it has branded ‘terrorism’. Iran is insisting the US remove the ‘terrorist’ designation from its Revolutionary Guard force as part of a general lifting of sanctions.

Technically, the Vienna negotiations are suspended amid what looks like a stand-off between the two main players, Iran and the United States. The Russian factor adds an additional layer of complexity to a difficult process. It has been suggested that the US may have signalled privately that newly imposed sanctions on Russia following its invasion of Ukraine will not impede implementation of a revised JCPOA. But while relations between the two nuclear powers remain at a low ebb, it is difficult to see how the negotiators in Vienna can make progress.