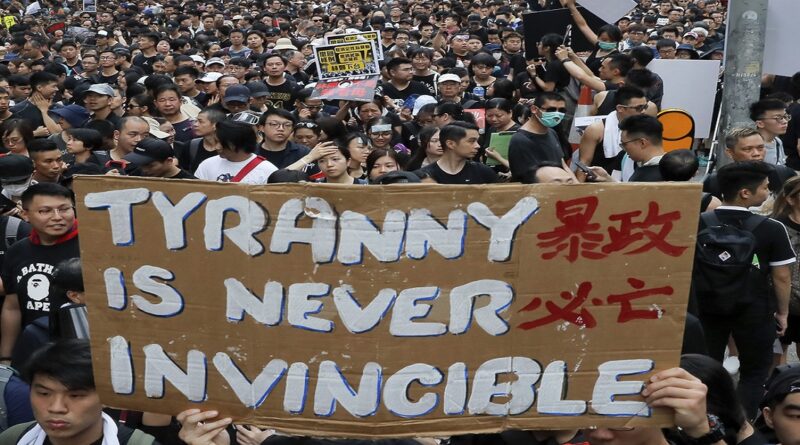 John Lee has the backing of China’s Communist Party to be the new CEO of Hong Kong. His tough background in policing suggests he’ll be ready to clamp down on dissidents, but  Duncan Bartlett warns that the city’s international reputation is at stake following a turbulent period.

In most places around the world, political leaders are expected to serve as presidents or prime ministers. Hong Kong is an exception. Its top politician has the title of chief executive.

This reflects a couple of important points about the city. Firstly, it is not a country but rather a special administrative region of the People’s Republic of China. Secondly, the job of the CEO is to manage local affairs in accordance with the wishes of the Central People’s government.

Carrie Lam has been Hong Kong’s CEO since 2017. However, she has said that she did not wish to run for the job again in 2022 due to ‘family reasons’. Her announcement came only a few months after she was heard extolling a bright future for Hong Kong, in close alignment with the rest of China.

Ms Lam’s departure means that Hong Kong is set to get a new leader, who will be commissioned to maintain harmony with the motherland.

Only one candidate is available: former Chief Secretary John Lee Ka-chiu, 64, who rose through the ranks to become the territory’s highest ranking official.

Mr Lee has been fulsome in his support of the tough security laws which were imposed on Hong Kong by Beijing in response to protests in 2019. The demonstrations were internationally regarded as part of a ‘pro-democracy’ movement. yet China’s leaders saw the uprising as an unpatriotic ‘pro-independence’ push, stirred up by the west.

Most people who supported the 2019 protests view the current political developments in the city with dismay.

One of the protesters’ key objectives was to guarantee that the city’s chief executive would be elected by all citizens, not selected by a political committee. Yet all the 1,500 people who will cast their votes on May 8 are members of an electoral college which Mr Lee himself has helped to select.

Even though there is only one viable candidate, there is nevertheless an election campaign of sorts, during which Mr Lee – a former police officer – has presented himself as a person who can enhance Hong Kong’s prosperity through its connections with the rest of China.

Mr Lee has said his focus will be on deepening ties to the mainland to promote business opportunities in the city, attract more talent and encourage economic activity. He is strongly supported in this by the tycoon Li Kashing, one of the richest people in China.

Sri Lanka’s trouble started with the rise of Tamil extremism

Mr Lee has said there is no need to revisit the extradition bill which sparked social unrest in Hong Kong in 2019, saying that his prospective administration will instead focus on other priorities.

The proposed extradition law was an issue on which Carrie Lam would not budge and this exacerbated tensions with the protesters. There were dramatic scenes in central Hong Kong as police fired water cannons on young people sheltering behind yellow umbrellas, singing hymns of praise to God. As anger swelled, violence sometimes broke out and prosecutions are continuing through the courts.

Some China-watchers take the view that if the local government had been more accommodating, Beijing would not have imposed the national security law, which has weakened Hong Kong’s freedoms. However, other commentators believe that the Chinese Communist Party was eager to find a reason to impose authoritarian control.

Western media have generally been scathing of the role played by the outgoing chief executive. The Wall Street Journal commented that ‘the death of free Hong Kong was planned in Beijing but Carrie Lam will go down in history as its chief executioner’.

Britain’s Independent newspaper said that Carrie Lam had tried to serve two masters but in the end ‘bowed to China at the expense of the city’s liberty’.

Restrictions on freedom became more arduous during the spring of 2022, as Hong Kong faced a new wave of Covid. By the end of April, there had been around two million cases in total and around 9,000 fatalities. Although those figures are relatively low by international standards, people were shocked by scenes of elderly patients in the car parks of overflowing hospitals.

Many schools and apartment blocks were turned into treatment centres. There were also restraints on international travel, placing a strain on the city’s economy and its reputation as a business hub.

Did China’s chiefs scapegoat Carrie Lam for the problems? It seems likely that she was told not to stand again as CEO. In other parts of China, the central authorities have punished the leaders of provinces which have suffered from Covid outbreaks.

Many people have recently left Hong Kong to try to build new lives elsewhere in the world. After Beijing imposed the national security law in 2020, Britain created special visas to allow up to three million Hong Kong residents the chance to settle in the UK. Around 100,000 people have taken up the offer.

Those who continue their political campaigns from Britain claim that they have been tracked and threatened by agents from China. ‘The Chinese Communist Party hates what we do and will do whatever it takes to suppress rebels to its government, including those who are in foreign countries’, according to the non-profit organisation, Hong Kongers in Britain.

One of the group’s founders, Simon Cheng, who was granted asylum in the UK in 2019 after claiming he was tortured in China, told The Times newspaper that the Communist Party is monitoring him.

Mr Cheng, 31, who lives in London, told the paper: ‘The danger is great. I know the nature of the Chinese Communist Party and I am not surprised by anything it does and I just don’t know if it will turn into physical harm.’

Within Hong Kong, many people are concerned that John Lee’s background in police and security will be a further blow to human rights and the rule of law. However, not everyone is perturbed at the prospect of Mr Lee as CEO.

A businessman named Lo Man Tuen wrote an article in the local press which claimed that Hong Kong needs an ‘iron man’ who can resist American and British pressure and implement the security law with no second thoughts.

In return for such support, Mr Lee may well be considering Mr Tuen for a role in his new administration, which is expected to be formed by July.

Duncan Bartlett is the Editor of Asian Affairs magazine and a research associate at the SOAS China Institute, University of London. He is currently a teacher on an online course for Economist Executive Education entitled ‘International relations: China, Russia, the US and the Future of Geopolitics’