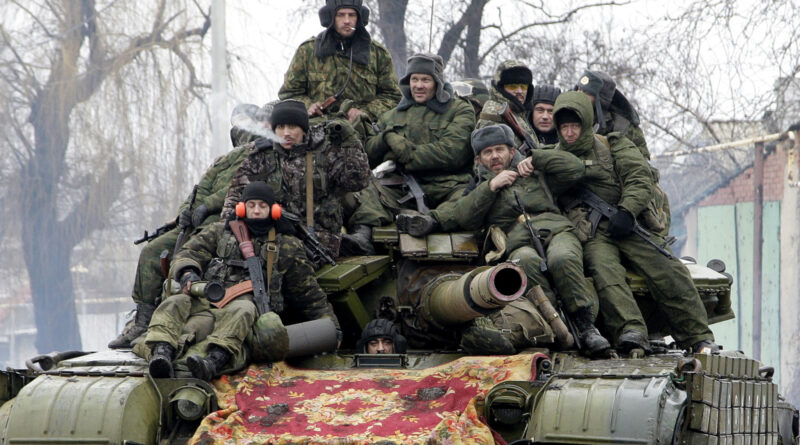 In drawing parallels between the conflicts in Ukraine and Syria, Tanya Vatsa  weighs up the unchanging humanitarian toll that war exacts, and the mindset that continues to foster it

The world was taken aback when, on 24 February, Russia stormed into Ukraine under the pretext of a ‘special military operation’. Despite all speculations and discussions, an outright invasion of a sovereign nation by its larger nuclear neighbour had hardly been anticipated. Fingers were pointed at the traditional US-Russian rivalry, the role of NATO, Kyiv’s nuclear disarmament in 1994, Putin’s authoritarian rule and unrivalled decision-making in want of checks and balances.Forces entered Ukraine from the South East and the invasion has continued for almost two months now. At its inception, neither Putin nor the world had anticipated the valiance displayed by the leadership and the people of Ukraine.

In 1945, after the Second World War, the United Nations was formed to ensure that such misery and devastation would not be witnessed again. But the Security Council, which was tasked with matters of peace and war, has clearly been rendered incapacitated, with the aggressor of this conflict being a permanent veto power. As the world transitioned from the modern to the postmodern era, national identity began superseding supranational bodies. As sovereign interests became the driving force of geopolitical actions, bodies such as NATO, the UNSC and the EU were largely driven by the exigencies of their more powerful members. The ideological war between the Western brand of capitalism and Soviet Communism has shaken the political stability of several proxy countries like Syria, Libya, Iraq and Afghanistan. The current situation in Ukraine is another glaring outcome of a long stand-off between Putin’s Moscow and an ever-expanding NATO.

The UN Security Council has clearly been rendered incapacitated

What is happening in Ukraine?

Academically, war is often spoken of as a weapon to establish dominance or for flexing military muscles. What we often fail to discuss is the plight of the civilians caught in the crossfire. Kyiv itself is a victim of larger powers sending loud messages to one another. The blameless people of Ukraine have paid a heavy price.

After the siege of Kyiv was abandoned, Russian forces withdrew from the North, focusing their offensive in the South and the East around the Donbas region. This comprises Luhansk and Donetsk, the two disputed areas filled with Russian separatists. As the Russian troops retreated, the massive trail of human rights abuses and large-scale devastation they left in their wake was unveiled.

Civilians gave chilling accounts of what they had witnessed as they were terrorised by ruthless Russian soldiers: summary executions, corpses with their hands bound, shot at close range, bodies scattered along the roads and buried in mass graves, widespread reports of sexual violence. Air-raids and continuous shelling of civilian locations have razed to the ground thriving cities like Kharkiv and the outskirts of Kyiv, and there has been a loss of communication infrastructure and mass shortages of food, water and electricity.

Russian soldiers have been accused of breaking into underground shelters and raping women at gunpoint. Dead bodies, piled upon one another with evidence of brutal sexual assault, were found on the roads of Bucha. The story of rape and brutality by a 20-year-old Russian soldier against a young mother taking shelter in a school with her family is horrific – and a morbid reminder of the ‘rape of Berlin’ in 1945, under the guise of the’ liberation’ of Germany by the allied forces. Sexual violence has been historically used as a weapon of war: as a symbol of dominance, and to shatter the morale of the enemy populace. It also happens to be the most prevalent war crime, and the least condemned or prosecuted.

Currently, Donbas and Mariupol are the epicentres of the invasion. The Russians promised evacuation of citizens from the port city of Mariupol, then opened fire on cars carrying ‘peaceful’ civilians. Apart from residential buildings, hospitals and schools have also been bombed. West Ukraine is under constant threat of air-raids, with sirens blaring day in, day out.

Donbas and Mariupol are the epicentres of the invasion

As Ukraine nears the completion of two months of turmoil at the hands of Moscow, Syria is already in its 11thyear of devastation. What started as a war for democratic transition turned into a decade of chaos. Several bigger global powers have made Damascus their playground for settling political and military scores. While global rivals put their military weight behind one political player, the people face severe oppression from all sides, either on the grounds of suspicion, non-compliance or through simply unaccountable harassment with no real institution to impart justice.

The recent trial of Anwar Raslan brought forth instances of state-sanctioned persecution. The former Senior Colonel under the Assad regime was found guilty on several charges of murder, torture and sexual violence, and convicted for crimes against humanity. His confessions about dead bodies leaving interrogation chambers and being collectively disposed of, using chemicals, under military supervision had the world shaken to the core. This should have served as a reminder of how victims of state violence find no justice in the modern-day international legal architecture, especially when the conflict is perpetuated via a consistent supply of arms and ammunition by the leading powers in the current world order. Syrian soil has been soaked in the blood of its innocent people as planes fuelled by the US, Russia, Turkey, Saudi Arabia and several other nations have bombed aonce prosperous Middle Eastern nation, reducing it to dust. A similar fate is shared by countries like Yemen and Libya, which remain trapped in the aftermath of the transitional wave of the Arab Spring, powered by the West and exploited by the world at large.

Europe and the refugee crisis

Since February, over 5 million people have crossed over to neighbouring countries in the wake of the Ukrainian invasion. Yet this isn’t the largest refugee migration of the decade. Asylum seekers from Syria fleeing persecution comprised more than 6 million cross-border refugees and 22 million displaced citizens in total.

The treatment meted out by the European Union to migrants seeking protection in these two similar situations contrasts starkly.

The warm reception given to the ‘white’, ‘civilised’, ‘European’ population of Ukraine is very different from the atrocities faced by Middle Eastern and African migrants in the recent past. European countries have called for an easing of border checks and simplifying visa and documentation processes, in order to provide the Ukrainians with easy access to resources and integration into the host society. This is in clear contrast to the 2015 crisis, wherein the EU called for an 18-month detention period for incoming refugees. Countries like Poland, Hungary, Romania and Slovakia weren’t even covert in their racist and xenophobic segregation. While Hungary refused to admit ‘non-European’ refugees to maintain its ‘ethnic homogeneity’, the Polish leadership decided to erect a wall along its Belarusian border to prevent refugees of colour from crossing over, leaving them stranded in the forest, deprived of essential resources. Similar reluctance was witnessed towards asylum seekers from Afghanistan, Iraq, Eritrea and other African countries constantly embroiled in civil battles.

More astounding news came in from the Ukraine border itself. It was reported that Ukrainian residents of colour (mostly of South Asian and African descent) were ill-treated by the Ukrainian border guards as they tried to escape to safety along with their Caucasian counterparts. They also faced hostility at the neighbouring European borders, especially those of Poland and Hungary, where they were separated for interrogation. It is astonishing how these ingrained biases find their way to the surface even in the midst of such a life-threatening calamity.

The Ukrainian invasion by Putin is not the first bloody battle of the 21st century. While the world is in agreement that no civilisation deserves the harassment of war, the West seems to have graded the worth of human life according to colour, race, ethnicity, region and even religion. The discrepancies in treatment of refugees, and the blatant disregard for the Middle Eastern population as the larger powers continue to fuel decade-long wars in crushed countries like Syria and Yemen, makes one wonder if some lives are worth more than others. George Orwell brilliantly depicted this mentality in a line from the political satire Animal Farm: ‘All animals are equal but some are more equal than others’.

In 1945, the world pledged to refrain from the mayhem that war begets. Today, in 2022, most of the Middle East and Africa, and parts of Central Asia, are utterly unstable and rife with conflict. The big five of the security council succeeded in taking the misery of war away from their own soil, towards the lands of those deemed ‘weaker, less civilised’. For the political ambitions of a few, many continue to suffer, as the world descends from bewilderment to grief to indifference.

Hannah Arendt once described the extermination of Jews by the Nazis as the ‘banality of evil’, wherein evil becomes systemic, callous and apathetic to its moral implications. The world today has become conditioned to misery, the humiliation of innocents and depravity of the powerful few, the subversion of ‘rights’ for the perpetuation of some profane political propaganda. Dehumanisation of the masses has become so commonplace that it is difficult to tell it apart from the daily viciousness of our ongoing geopolitics. Evil, indeed, has become banal.

Tanya Vatsa, a law graduate from National Law University, Lucknow, and a former assistant advocate, is currently a geopolitical analyst with The Synergia Foundation, an India-based think tank. Her writing on international relations has been published by the Diplomatist, International Policy Digest and The Kootneeti