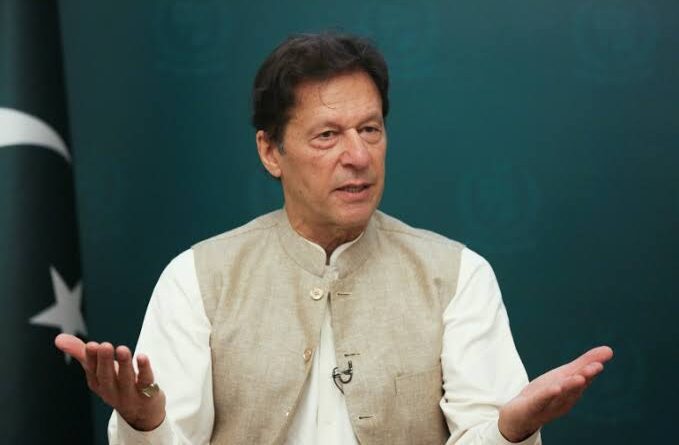 Myth of the ‘honest’ captain

While Imran Khan may not have been money-hungry, his insatiable lust for power made him dangerous for Pakistan, writes  Pervez Hoodbhoy

Following the no-confidence motion voted upon on April 9 by a parliament restored on the Supreme Court’s order, Prime Minister Imran Khan’s stint in power is over. Yet the cricket captain and his cult are out to create chaos in the weeks and months ahead, because for his devotees, he is the only honest and sincere politician in Pakistan and must be followed.

Cults – political and religious – can be long-lived and deadly dangerous. In 1978, devoted groupies followed Jim Jones, their discredited leader, in a mass suicide that claimed 909 lives, including 304 children. More to the point: Donald Trump spent four disastrous years in office and assaulted American democracy, but he is still adored by simple-minded Americans from the Bible Belt who cling to their guns and religion.

Building on his cricketing success and cancer hospital, Imran Khan worked relentlessly for decades at self-promotion. His growing cult swallowed story after story: corruption would end in 90 days; the national treasury would overflow once ‘looted dollars’ stashed by political rivals in secret overseas accounts were brought back. Never again, he said, would Pakistan see the dirty politics of horse trading.

Naya Pakistan would overflow with milk and honey – Khan would ‘commit suicide but never return to the IMF’; foreign policy would be based upon principle rather than expediency; the world’s most sought-after passport would become the green one; and Pakistan would turn into a tourist haven. Jobs would be aplenty, the justice system would be overhauled, civil service officers appointed purely on merit, and the police system revamped. Emigrants, said Khan, would choose Naya Pakistan over Europe and America.

Well-meaning overseas Pakistanis, desperate for good news from their ex-country, lapped it up. But the reality turned out starkly different.

Just months after winning a bitterly disputed election, Khan’s government requested the IMF for a loan. Critical dependency on the United States was traded for equal dependency upon China. Today, the Pakistani passport is no more desirable than before and the only foreign tourists are intrepid mountain climbers. In January 2022, Transparency International announced that perceptions of corruption had taken a quantum leap. As for looted billions returning: sure, keep dreaming! Meanwhile, the dollar has gone through the roof.

Horse-trading politics got a boost once Khan decided that ‘electable’ candidates would be preferred over principled candidates. Although he now admits ‘mistakes’, the future may be no different. In a desperate move, the Punjab chief minister – apparently chosen by his first lady and praised sky-high by Khan until two weeks ago – has just been thrown under the bus. His replacement, handpicked by Khan himself, was once derided by Khan as a scumbag.

To save his sinking ship, Captain Khan has invented the cock-and-bull story of an American conspiracy to oust him. This, he said, is owed to his independent stand on Ukraine. So why hasn’t Narendra Modi – also ambivalent on Russia’s aggression – alleged the same? Khan’s groupies cannot explain why this weeks-old ‘revelation’ came only after a no-confidence motion threatened his survival.

What makes cults so attractive and cultists so impervious to factual evidence and reason? Why do so many people set aside good sense and worship leaders? Of course, some followers do quit when the truth becomes ugly enough. But for others even that doesn’t happen. The herd instinct, reluctance to admit a past mistake, or continued attachment to some utopic vision still keeps some going.

Anthropologists have related the degree of cultic affiliation to the perceived uncertainty within an environment. For example, they find that rougher seas make fishermen engage in more elaborate magic rituals. Correspondingly, Pakistan’s lack of a shared national purpose creates space for putschists and captains who promise to steer the ship of state out of stormy waters. Reason and rationality are temporarily suspended lest they undermine faith, unity and discipline.

Military interventions that debilitated democracy paved the way for fix-all miracle magic men like Imran Khan. The broken idols of other wannabe messiahs with fanatical followings litter the political landscape. Zulfikar Ali Bhutto, Benazir Bhutto, Altaf Husain, and Maulana Fazlullah also had sophisticated urbanites among their followers. This happened even before the invention of social media, but technology has created virtually impenetrable silos of political groupthink.

Today, one particular belief sits securely in a nuclear-protected bunker and may survive even the no-confidence vote. Common wisdom is that all opposition leaders are money-hungry cheats and Khan, even with his shortcomings, is clean as a whistle. Correct? After all, it is commonly held that all opposition politicians are venal, even if there is disagreement on which is the more corrupt one.

Imran Khan won out on this. Chasing money was not his first priority. Of course, opponents have pointed to his magnificent Banigala palace, high-style living, minimal payment of personal taxes, and the doubts raised by the ECP regarding the PTI’s foreign funding. These were minor sins. But it was Khan’s insatiable lust for power that made him truly dangerous for this country. While money fattens individuals, absolute power brings catastrophe. Donald Trump wanted both money and power but Hitler, Stalin, Mao, and Pol Pot craved only the latter.

Now that parliament has dismissed Khan, how will he rally his followers again? He has already revealed his strategy for the forthcoming elections: whip up xenophobic nationalism; mobilise the religious sentiment that he helped generate through encouraging TLP’s anti-France anti-blasphemy agitations; and turn Pakistani against Pakistani. Pro-Khan people are patriots, those against him are traitors, and fence-sitters are, in his words, mere animals.

With Imran Khan voted out of power, Pakistan has won a temporary victory. However, its larger interest demands that all political parties obey rules and the Constitution. They must embrace democracy and pluralism, and cease pursuing narrow interests. Aggression and hate propagation, use of foul language, and denigration of women and religious minorities should have no role to play in politics. Instead, live and let live. Let reason and rationality take precedence over blind faith in leaders.