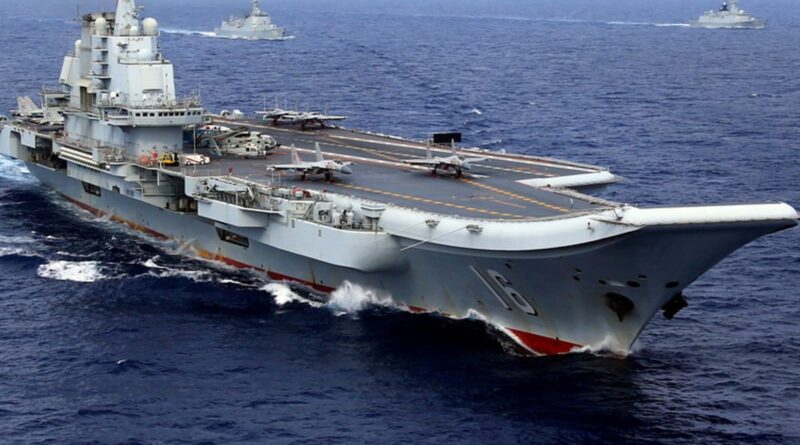 With threats being held out from both sides of the Pacific and a growing military presence in the South and East China Seas, both the Chinese and Americans are weighing up the pros and cons of a clash of Titans, should Beijing decide to forcibly ‘unify’ Taiwan with mainland China – a move which would ignite a major war that could engulf large parts of the world.

Although the Ukraine crisis is being touted as akin to China invading Taiwan, China is not Russia, nor is Ukraine Taiwan. Russia is a nuclear superpower. A US-Russia confrontation could reduce our planet to rubble, and the nuclear winter that would follow could annihilate human life from Earth.

On the other hand, Taiwan is an indispensable part of the global supply chain. Taiwan Semiconductor Manufacturing Company (TSMC) is the world’s largest semiconductor producer, providing 92 per cent of the globe’s most sophisticated semiconductors below 10 nanometres. (For reference, a human hair is approximately 80,000-100,000 nanometres wide.)These microscopic components go into the manufacture of so many things we use in our daily lives, from mobile phones, computers and refrigerators to cars,toys, satellites, high precision equipment and medical diagnostics.

Beijing, however, seems to be setting out on an impossible path, dreaming of integrating the island nation with China. Since early May, the Chinese aircraft carrier Liaoningand its eight warships have been present in the East China Sea, south of Ishigaki Island in the Okinawa Prefecture of Japan. The fleet has been conducting combat exercises, which experts believe, is a tactical manoeuvre to block anyinterventionby US forces from the East China Sea near Japan.

While, as usual, many of the incursions took place from the southwest of Taiwan, a number of Chinese warplanes also breached the ADIZ from the southeast. Similarly, Chinese naval activities now include the South China Sea and the West Philippines Sea as well as the East China Sea. The Chinese carrier group also transited the Miyako Strait near Japan to the Western Pacific. The combat drill came in the wake of US President Joe Biden’s Asia visit. Biden is also attending the QUAD meeting in Tokyo.

The Liaoning aircraft carrier leads an attack fleet that includesa Type 055 heavy destroyer, other warships and missile boats. The drills included live fire, sorties from the carrier by fighter planes and helicopters, and other manoeuvres conducted in the sea between Taiwan and Japan. Two Chinese military H-6J bombers flew from the East China Sea and crossed between Okinawa Island and Miyakojima before landing in the Pacific Ocean, according to a press release by Japan’s Ministry of Defence Joint Staff.The bombers also practised bombing on islands and sea mine-laying. H-6J is a long-range strategic bomber capable of carrying out combat missions in all weather conditions and attacking moving maritime targets with pinpoint accuracy, Chinese military literature claims. It can also carry seven YJ-12 supersonic anti-ship cruise missiles, six on pods beneath the wings and one in the weapon bay and has a range of 3,500 kilometres.

The PLA’s recent manoeuvres have raised concerns as they covered a wide area, from the Philippine Sea to the east of Taiwan and the south of Japan, which clearly aims at stopping probable US military intervention against Chinaaround Taiwan.

Meanwhile, the military manoeuvres have been accompanied by a war of words between China and the US. ‘If the US side insists on playing the Taiwan card and goes further and further down the wrong road, it will certainly lead to a dangerous situation,’Yang Jiechi, a high-ranking Chinese politician and diplomat, told the US National Security Advisor Jake Sullivan in a recent phone call, according to a Chinese foreign ministry readout. The Yang-Sullivan phone call was the first high-level contact between the US and China since Joe Biden and Xi Jinping spoke in March, following Russia’s invasion of Ukraine.

Yang, according to the readout, told Sullivan that‘China will certainly take firm action to safeguard its sovereignty and security interests’.The White House, however, issued a brief statement saying that the two officials discussed ‘regional security issues and non-proliferation’, as well as Russia’s war against Ukraine and specific issues related to US-China relations.

Earlier, US Navy Admiral Michael Gilday had called on Taiwan to brace itselffor possible Chinese aggression by strengthening its military deterrence through acquiring weapons and training to meet the Chinese threat head on. Hesaidthe Russian invasion of Ukraine was a ‘wakeup call’. The US State Department, in its updated factsheet on Taiwan, calls it ‘a leading democracy and a technological powerhouse’, and‘a key partner in the semiconductor industry’ and ‘other critical supply chains’.

But Taiwanese President Tsai Ing-wen doesnot seem particularly concerned about a Russia-type invasion of Taiwan in the near future. The understanding in Taiwan is thatthe CCP leadership doesn’t want instability in China in the run-up toparty congress later this year,which is likely to endorse Xi’s third term as the supreme leader.

Nevertheless, the island nation is beefing up its defence preparedness. It has reportedly relocated IDF jets to its base in Magong, Penghu County, and French-built Mirage jets to Taitung in the southeast. The French Mirage 2000s are critical to Taiwan’s high-altitude offshore interception assignments, according to experts. It may be recalled that India sent several Mirage 2000s to attack terrorist camps deep in Pakistan in 2019. The jets successfully destroyed their targets with laser-guided munition and returned safely without being detected by the enemy’s air defence system, or intercepted by the Pakistan Air Force.

To assume that Taiwan could be easily overwhelmed by a concerted aerial and amphibious attack by its powerful neighbour is to miss the bigger picture.It fails to take into account the military consequences that would follow, not to mention unprecedented embargoes that would cripple China. Unlike Ukraine, Taiwan is the fastest rising economy in East Asia. Its per capita GDP is expected to surpass those of Japan and South Korea. Taiwan sits much closer to the heart of international capitalism and is an ally of the US. Any attack on Taiwan by China would amount to an attack on the US, and on global capitalism itself. This is likely to give Beijing pause for thought.