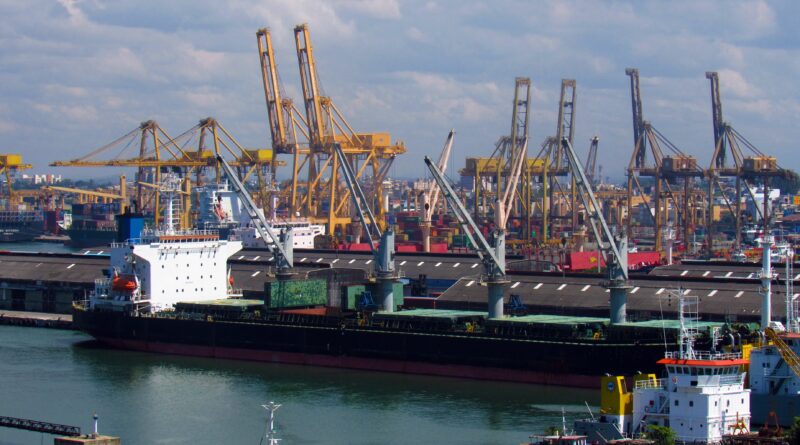 G Parthasarathy reports on how Sri Lanka’s woes are continuing apace as the economy crumbles, and what help is at hand

One of most notable developments in South Asia in the recent past has been the  strengthening of democratic institutions across the entire region, particularly in Sri Lanka, Nepal and Bangladesh. This has been accompanied by steady and significant economic development in Bangladesh and Sri Lanka, which have been regarded as models of democracy, economic growth, and political stability in South Asia.

The Sri Lankan economic situation has, however, invited global attention and concern in recent weeks. Sri Lanka’s Parliamentary elections were held on August 5, 2020, with the incumbent People’s Freedom Alliance, led by Mahinda Rajapaksa, securing a decisive majority of 145 seats. The National Opposition Alliance won 54 seats, and the Tamil National Alliance secured 16. Unfortunately for Sri Lanka, as for much of the world, the Covid pandemic caused economic havoc. The country depends significantly on earnings from foreign tourists, which ground to a virtual halt. Moreover, agricultural production was adversely affected, thanks to some ill-advised agricultural policy decisions taken by the Rajapaksa government, such as banning the use fertilisers.

With agricultural production declining and tourism revenues almost at a standstill, Sri Lanka’s economy has taken a nose-dive. As prices of essential commodities have surged, public anger against the Mahinda Rajapaksa government has hit the ceiling. Demonstrations across the country, and particularly in the capital Colombo, have become increasingly uncontrollable.

China, long regarded as a Good Samaritan by Sri Lanka, has, oddly, offered precious little by way of assistance. It was India’s External Affairs Minister Jaishankar and Finance Minister Nirmala Seetharaman who stepped in to lend a helping hand, by discussing Sri Lanka’s problems with senior officials from the Biden administration, the World Bank and the IMF. The Sinhala opposition had, in the meantime, joined hands with Tamil legislators to confront the government across the country.

Divisions have also arisen within the ruling establishment. Nine members of the Rajapaksa family were appointed to ministerial berths, and these family members administered an estimated 75 per cent of the national budget. To add fuel to the fire, yet another Rajapaksa brother, Gotabaya,is the President of Sri Lanka. He had previously served as the country’s Defence Minister, supervising the military campaign to crush the Tamil LTTE in 2009. Such nepotismonly further angered people across Sri Lanka, who were thoroughly dissatisfied with their government’s conduct.

Prime Minister Mahinda Rajapaksa was forced to resign as a result of the intensity of public anger directed against him and his family. He was succeeded by a veteran politician and former Prime Minister, Ranil Wickremasinghe, who was nominated by President Gotabaya Rajapaksa. Despite these moves, the huge public agitation against the government has continued. The people of Sri Lanka are suffering immensely as the government is finding it extremely difficult to pay for imports of essential items like food, medicines and petrol.

India has urged potential foreign donors to step in with economic assistance for a democratic country in deep economic trouble. New Delhi has also joined hands with the Sri Lankan government by participating in and financing the herculean relief effort. The Export Import Bank of India and the government of Sri Lanka signed a US$500 million Line of Credit Agreement, for the purchase of petroleum products, on 2 February this year. Under this agreement, ten consignments of fuel totalling more than 500,00 tonnes have been supplied. In response to a separate and urgent request from the Sri Lankan government, the extension of a credit facility for US$1 billion, for the supply of essential items including food and medicine, was also finalised by New Delhi. The first shipments of rice under this facility have reached Sri Lanka.

Moreover, in January this year, India provided financial assistance to Sri Lanka, which has included a currency swap of US$400 million, the deferment of Asian Clearing Union payments of US$515 million, and again of US$498.9 million. In cumulative terms, Indian support to the people of Sri Lanka in the first quarter of 2022 has been in the range of US$3 billion. One hopes that, apart from paying lip service to democracy, Western and Commonwealth governments, led by the US, UK, Canada and Australia, join international institutions like the World Bank and Asian Development Bank in contributing generously towards assistance for Sri Lanka.

In geopolitical terms, India has moved jointly with Japan to ensure that China does not have exclusive or dominant control of the Port of Colombo, through which a significant amount of India’s trade is moved. In a 35-year Agreement, signed recently, India’s Adani Group will have a 51 per cent stake in the expansion of the port, together with the Sri Lanka Port Authority. The proposed port project will be backed by Japanese funding. The project is located virtually next to the China-backed Colombo International Container Terminal. An estimated 75 per cent of the traffic in the Port of Colombo is made up of goods to or from India.

Equally important is that, even as the cash-strapped Sri Lankan government completes  negotiations with the IMF for a long-term arrangement to meet its financial challenges, it should also be helped by other international financial institutions like the World Bank and the Asian Development bank. The IMF has since announced that it has held ‘fruitful technical discussions’ with Colombo. Such assistance is crucial, and not only for the welfare of the people of Sri Lanka. It also strengthens efforts by Japan and India to balance growing Chinese influence in Sri Lanka, which is evidenced by Colombo’s virtual mortgaging of the Port of Hambantota, built with Chinese financing, to China.