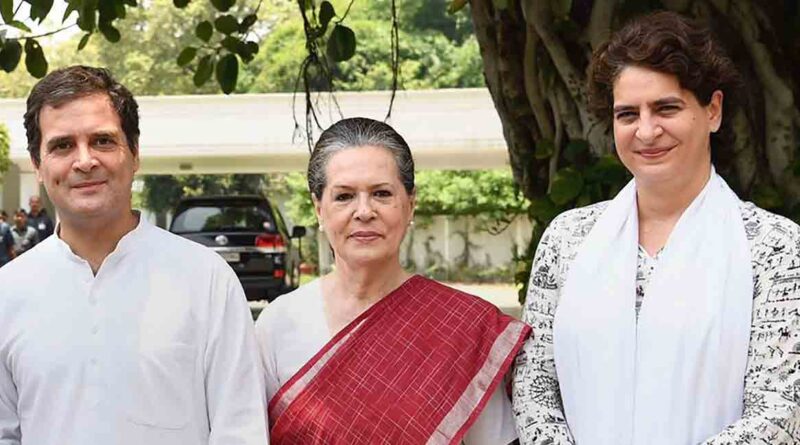 In the shadow of dynastic politics

Political dynasties have systematically been impeding the growth of democracy in South Asia. A glaring instance of this comes from Sri Lanka, where the Rajapaksa clan has led an entire country into unmitigated disaster. With a whole group of siblings, sons and nephews commandeering the state, Sri Lanka is today gasping for breath.

And it is not merely a question of dynasties seizing societies and perpetuating their tight grip on them. There is, too, the sheer incompetence and unbridled ambition which define such dynasties in Sri Lanka and, indeed, in most of the South Asian region.

One might have one’s differences with Indian PM Narendra Modi and former Pakistani leader Imran Khan about their politics. But one must give them credit where credit is due. Both men have, through their political programmes, sought to bring dynastic politics to an end in their countries. Both have made clear attempts to bring politics back to where it should be: in the hands of politicians who have spent long years trying to nurture a growth of democracy but who have, over these past many decades, been thwarted by families intent on imposing themselves on societies.

We cannot quite be sure that Modi and Khan have succeeded in restoring politics to its natural niche. The manner in which the chairman of the Pakistan Tehrik-e-Insaf (PTI) was brought down by an opposition determined to have its way conveys the impression that the class of corrupt politicians – and they are the Bhutto-Zardaris and the Sharifs– who have long held sway in Pakistan may have made a disturbing comeback. Pakistanis now have a government constituted of politicians against whom a swathe of cases is being heard in the courts, men and women who are out on bail. Be it Asif Ali Zardari or the Sharif clan, their reputations are tainted.

With Modi, the threat of political dynasties snapping away at his heels remains strong. The rise of localised dynasties in a number of Indian states is proof that the danger is not yet over. But consider the damage that political dynasties can do to the normal course of politics through observing the predicament the Congress finds itself in today. One certainly understands the backdrop to the rise of Indira Gandhi to high office in 1966, but when, after her assassination in October 1984, President Zail Singh did not call upon Pranab Mukherjee to take over, a gross mistake was committed. Appointing Rajiv Gandhi as his mother’s successor was politically ill-advised. Today, with the Congress in the hands of the Gandhi family –Sonia, Rahul, Priyanka – the party has been reduced to a dry shell of what it once was. And let us not forget the sinister role played by a callow Sanjay Gandhi during the Emergency between mid-1975 and early 1977.

One could venture a similar suggestion about the Pakistan People’s Party. Benazir Bhutto braved the odds by taking charge of the PPP in the aftermath of her father Zulfikar Ali Bhutto’s execution, and waging a lonely but relentless battle against the Ziaul Haq dictatorship. Ironically, however, the slide in the PPP’s fortunes began under Benazir when charges of high corruption began to be levelled (during her days in power) against her and her husband.

Asif Zardari’s reputation for corruption has stuck to him, despite his having served as Pakistan’s president. And when an inexperienced Bilawal Bhutto Zardari was installed as PPP chairperson – he was still a student at Oxford –the slide only gathered speed. Bilawal is today Pakistan’s foreign minister, a fresh sign that dynastic politics in Pakistan continues to undermine the growth of democratic institutions.

Dynasties leave democracy wounded beyond measure. A promotion of family being an overriding goal of dynasties, politics cannot but be beaten into the bushes. Observe, again, the economic chaos to which the Rajapaksa family has reduced Sri Lanka. Mahinda has resigned, and Gotabaya should go as well. But will he? If Mahinda can have truckloads of his supporters ensconced in his official residence and then unleash them against people peacefully protesting over Sri Lanka’s economic difficulties, we are confronted by the ugliest face of dynastic politics.

Dynasties have largely left political parties in a state of enervation. The Congress in India, the People’s Party in Pakistan and the Bangladesh Nationalist Party and Jatiyo Party in Bangladesh have all run out of steam through brazen moves to have families keep them in their clutches. The Awami League, apart from the fact that Sheikh Hasina, daughter of Bangladesh’s founding father Sheikh Mujibur Rahman, governs the country today, has thus far stayed away from the temptation to promote dynastic politics. However, with images of the prime ministerial son (he serves as an advisor to the prime minister) appearing on posters beside those of his grandfather and mother, it just might be that the dynasty factor will sooner or later be promoted by party loyalists.

Dynasties are often peopled by the children and grandchildren of once influential politicians, who are generally mediocre and therefore ineffectual and certainly arrogant. In effect, dynasties nibble away at democratic structures, in the end leaving politics as no more than a hollow shell of what it used to be or should have been.

If extra-constitutional rule or coups d’état have undermined democratic experiments in Asia, Africa and Latin America in the past several decades, political dynasties have often put the finishing touches to those experiments, by sending the idea of popularly sanctioned political processes to the woods.

Political dynasties will not become extinct any time soon, which is a worry. For all their promises to people, they do not see beyond themselves. They close off every avenue to the expansion of democracy through giving birth to and nurturing a class of sycophants whose dark aim remains to derive as many advantages as possible through association with such dynasties.

Dynasties give birth to cults of personality. Oleaginous ministers serve in office at the pleasure of ruling families.

Political parties led by dynasties prevent sunshine from coming into them. Nations governed by political dynasties are pushed into uncertainty about their future.

This, surely, is argument enough for a new type of governance to come to the fore – in South Asia and elsewhere.