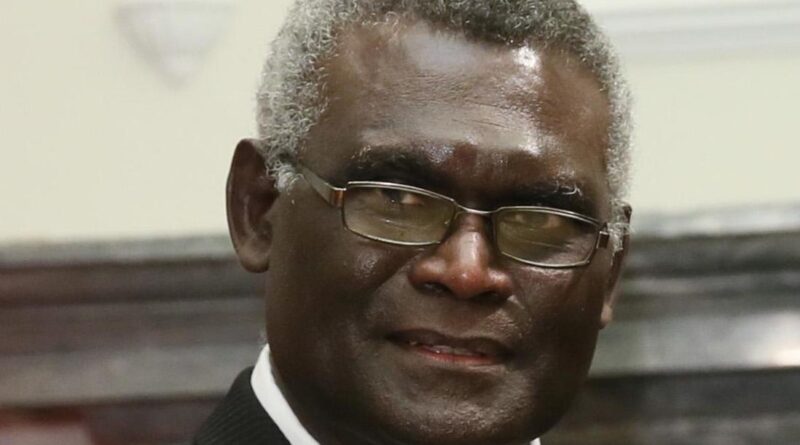 An apparent increase in China’s reach into the South Pacific could present a problem for Australia’s newly elected government and its US ally. Pacific security was on the agenda at a summit in Tokyo, as Nicholas Nugent reports

During the Second World War America fought Japan for control of the island nations of the South Pacific. A major theatre of war was Guadalcanal, the largest of the Solomon Islands. America’s success in dislodging Japanese forces from Guadalcanal in August 1942 is regarded as a turning point in the Pacific War.

After Japan was defeated, the islands of the South Pacific returned to the gentle embrace of Australia, the region’s chief naval power, backed by the United States which, operating from Hawaii, deploys more than half its naval force in the Pacific Ocean.

In April Australia’s defence minister Peter Dutton said his country’s strategic position was as ‘dire’ as it had been in the Second World War, following the signing by the Solomon Islands of a security pact with China. Dutton accused China’s President Xi Jinping of wanting to make Australia a tributary state of China. ‘They want a military presence, putting countries in a sustained position of weakness,’  he told a television interviewer.

The terms of the deal signed by the Solomon’s prime minister, Manasseh Sogavare, have not been published. But leaks suggest it allows Chinese naval vessels to dock in the archipelago, which lies 1700 km north-east of Australia, and for China to send police or security forces to the islands if needed.

Coming as it did in the midst of campaigning for the May 21 general election, Australian leaders were shaken by the deal with China, worrying that it could be the precursor to Beijing establishing a military base on its doorstep.

Australia has long taken for granted its role as security guarantor of the small island nations of the South Pacific. It led the Regional Assistance Mission to the Solomon Islands, or RAMSI, from 2003-2017, following civil unrest on Guadalcanal.

Meanwhile,China has been nurturing relations with the nations of the South Pacific under its Belt and Road Initiative and has projects underway in several states. It is building an arena in the Solomons for the 2023 Pacific Games and upgrading airfields on many of its islands.

Four of the 14 countries which still recognise Taiwan rather than China are in the Pacific, the Solomons having transferred its allegiance to Beijing only in 2019. It has a large community of Chinese settlers in the capital Honiara, who have been victims of racially-focused unrest in the city, most recently last November. China has taken on a protective role towards the Chinese trading community.

According to Mihai Sora of the Pacific Research team at the Lowy Institute think-tank in Sydney, a priority for the newly elected Canberra government is to restore a relationship of trust with South Pacific nations, fellow members of the Pacific Islands Forum. Sora discounts the suggestion that the Solomon Islands-China deal was a response to Australia’s plan to deploy nuclear-powered submarines with the UK and US.

‘It’s probably the other way round. The AUKUS [submarine] agreement became important and attractive to Australia in the light of China’s increasing presence and assertiveness in the region.’

Australia also needs to reassure its strategic partner, the United States, which according to Sora was taken aback by the deal. Washington swiftly announced it would reopen its diplomatic mission in the Solomons’ capital Honiara, closed nearly 30 years ago, and despatched a senior State Department official to the islands. It plans to invite Pacific leaders to Washington for a meeting with President Biden later this year and to counter China’s growing influence by increasing its own programme of aid in the Pacific.

Speaking after a meeting in April with Prime Minister Sogavare, US Assistant Secretary of State for East Asian and Pacific Affairs Daniel Kritenbrink refused to rule out military action if China were allowed to open a military base, saying the security deal had ‘potential regional security implications’ for the US and other allies.

In May the Solomon Islands’ development minster, Jeremiah Manele, gave an assurance to Australia’s foreign minister, Marise Payne, that China would not be allowed to open a naval base in the islands. Australia’s outgoing prime minister Scott Morrison had previously described that possibility as ‘a red line’, suggesting Australia would never allow it to happen.

Scott Morrison lost power in the May general election, though his successor Anthony Albanese, leader of the Australian Labor Party, is expected to take a similarly tough line towards any Chinese military activity in the Pacific. He has pledged to restore Australia’s place as ‘first partner of choice” for Pacific nations.

Australia’s relations with China have been under strain since it called for an enquiry into the origins of the outbreak in China of Covid-19. China is buying less from Australia, though major exports like iron ore and coal needed to sustain Chinese industry are continuing to flow.

Assessing relations with Asia’s military power, Mihai Sora says:‘Australia finds itself in a peculiar situation that its most difficult bilateral relationship is with its biggest trading partner.’

He adds: ‘The region does not want to be militarised. In Prime Minister Manasseh Sogavare China has found a very willing candidate to push that relationship as far as it can go… that is not necessarily consistent with sentiments in the rest of the country or even in the parliament.’ Sora believes it also downplays the help that Australia has already given the Solomon Islands.

The pact may be another step in China’s global endeavour to open more military bases. It has one at Djibouti, near the southern approach to the Red Sea and Suez Canal, but as a major trading nation it wants to protect its shipping and needs ports for its growing navy, which now has more ships and submarines than the US navy.

According to the Economist newspaper, China has approached at least five potential host countries around the world towards this aim. ‘A deal with the Solomon Islands… has deepened concerns that, one day, China will challenge American naval dominance in the Pacific.’

Another Pacific island which China is reported to be in talks with is Kiribati, which, like the Solomons, transferred diplomatic allegiance to Beijing from Taipei in 2019. A Chinese base there would unsettle the US more since it is close to its Pacific naval base at Hawaii.

Tensions in the Pacific have been building, perhaps overshadowed by exchanges of words between the US and China over Taiwan. When US President Biden flew to visit allies South Korea and Japan in May, China labelled it a ‘visit of destruction that would destabilise the region’. The visit included a meeting in Tokyo of the Quad, a security partnership that groups the US and Japan with India and Australia, providing an opportunity for President Biden to meet and discuss the Solomon Islands issue with the new Australian prime minister.

Australia’s new government will have its work cut out to stop the argument about deals turning in to anything more threatening, and will need to move fast to re-energise its historic sphere of influence in the Pacific region.

Nicholas Nugent, who follows Asian strategic issues, has worked in the Solomon Islands