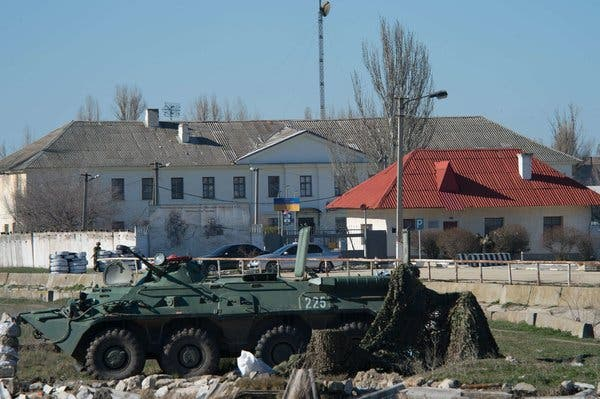 ASEAN may be under pressure to abide by extra-regional directives in the wake of Russia’s invasion of Ukraine, but Nik Luqman explains the bloc’s history of neutrality, and why this approach is still important today

While Russia’s invasion of Ukraine is unfolding far from Southeast Asia, the region does not seem to be immune to its fallout.

On the surface, it appears the impact is only palpable for territories in close proximity to the conflict. But over time, the drumbeat of war reverberates through other regions, and Southeast Asia is no exception.

From the outset, ASEAN has released a series of statements about the conflict. However, international spectators invariably deem these statements perfunctory, and of the ASEAN member states, only Singapore has stood out by closing ranks with the West and imposing outright sanctions on Russia.

Meanwhile, at multilateral fora, when the United Nations General Assembly resolution to condemn Russia for ‘aggression against Ukraine’ was put forward, all ASEAN members voted in favour, except Laos and Vietnam, which chose to abstain.

Despite this development, heat from the war is now being felt closer to the region.

The chief reason for this is the recent remarks made by US President Joe Biden, which sent shockwaves across ASEAN capitals. Mr Biden suggested that Russia should be banned from the Group of 20, known as the G20, the economic forum of industrialised and developing countries.

Yet key ASEAN countries such as Indonesia, Thailand, and Cambodia are set to host several summits later this year, with Russia as a key member. The meetings include the G20, Asia Pacific Economic Cooperation (APEC), and East Asia Summit. The spillover effect of banning Russia, therefore, cannot be discounted.

In fact, there is a precedent. The US and other major powers banished Russia from the Group of 8 (G8) in 2014, in response to its annexation of Crimea, reducing the exclusive group of leading industrialised nations to seven, hence the G7.

The United States’ hardline attitude has prompted the foreign ministers of ASEAN countries to explore the possibility of a common approach to inviting Russia to attend the meetings.

In the event that the conflict is still raging in Ukraine at the time the summits are held, it is likely that the US and other key countries will boycott them, should Russia be present.Already, delegates from the US, UK and Canada have walked out on Russian delegates in the G20 finance officials meeting in Washington in April.

But as the pressure intensifies for ASEAN to toe the line, the bloc seems determined to project its historical position and principle of neutrality.

This principle is closely aligned to the bloc’s Zone of Peace, Freedom and Neutrality (ZOPFAN), a declaration made in 1971. The declaration was conceived against the backdrop of the Cold War, amid growing concerns of instability in the Southeast Asia region.

ZOPFAN envisages the region as free from the interference of extra-regional countries, aiming to maintain peaceful coexistence and preserve the independence and sovereignty of ASEAN member states.

Then came the great clashes between the US, the Soviet Union and China, which all actively sought an enhanced presence in the region. This led to a protracted period of external interference and security competition.

Indeed, ZOPFAN is a manifestation of the bloc’s desire for regional autonomy and explicit guarantees from the US, Soviet Union and China that they would abstain from involving the region in their geopolitical rivalries.

The 2003 Bali Concord II Declaration further reinforced the aim of ZOPFAN ‘to continue to play a pivotal role in the area of confidence-building measures, preventive diplomacy and the approaches to conflict resolution’.

ASEAN also continues to be in the driving seat when it comes to shaping the regional framework through various ASEAN-led mechanisms, such as the East Asia Summit, the ASEAN Regional Forum, and ASEAN+3 meetings, which include both major and middle powers from within and outside the region.

This partly explains Indonesia’s recent move to invite both Ukrainian President Volodymyr Zelenskyy and Russian leader Vladimir Putin to attend the G20 summit, scheduled to be held in Bali this November. By doing so, Indonesia – as this year’s G20 host – has managed to counter some of the pressure from the West as it seeks to exclude Russia following its invasion of Ukraine.

At the same time, Indonesia is a barometer of ASEAN values, which are to remain neutral amidst the ongoing conflict in Ukraine and essentially provide a potential platform for direct negotiations between the Russian and Ukrainian leaders.

More importantly, this would limit any distraction from the forum’s priority agenda items.

Should matters work out as intended, essentially allowing the multilateral meeting to run smoothly, it would set the stage for Thailand and Cambodia to follow suit. Thailand currently chairs the Asia-Pacific Economic Cooperation (APEC) forum, while Cambodia chairs the East Asia Summit. Russia has a seat at both of these multilateral platforms.

Of course, this is not the first time ASEAN has faced pressure from key extra-regional partners.In recent years, its member nations have often been caught in the crosshairs of US-China rivalry.

With China’s increased political and economic clout, the US has sought to fortify and expand burgeoning ties with Southeast Asia, fearing the latter could fall into China’s orbit of influence. In response, ASEAN has chosen a strategy of public hedging, or maintaining an equal distance from the two major powers, thus keeping its options open.

For example, the bloc participated in China’s massively funded Belt and Road Initiative (BRI), while concurrently adopting the Indo-Pacific concept, anchored by the US.

Indeed, this is a political landmine that ASEAN has to continue to manage. If it fails,it may veer off the path of maintaining the region’s neutrality.

The US, and the West as a whole, are watching developments with a keen eye. It is in ASEAN’s best interests, and by extension the world’s, that the situation in Ukraine is resolved sooner rather than later, by lessening the ongoing violence and turning to the negotiating table, so that afeasible solution may at least come into sight.

Nik Luqman is an analyst and freelance writer focused on Southeast Asia. Previously he was attached to the Institute of International and Malaysian Studies (IKMAS), National University of Malaysia (UKM)-Nippon Foundation as a research fellow. He tweets @NLuqman