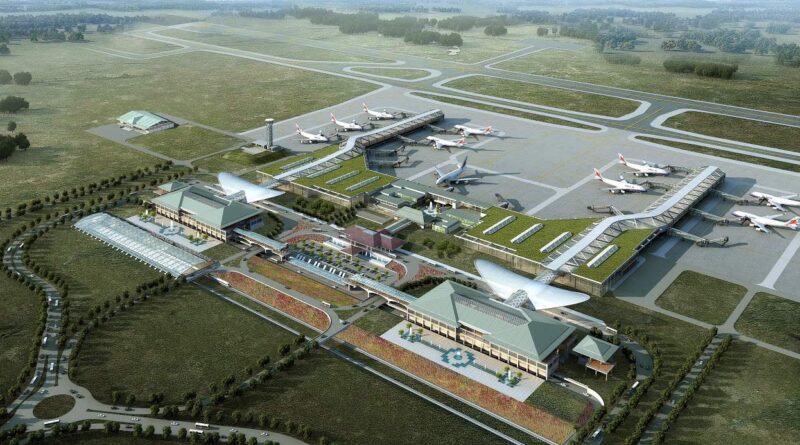 When Ceylon, now Sri Lanka, gained independence from Britain in 1948 after almost 450 years of colonial rule under three western powers, it was one of Asia’s most stable and prosperous democracies.

Today, after years of misrule, rampant corruption by the ruling class and a politicised administration, the country is bankrupt. Its economy is on the verge of collapse and society in disarray, while a discredited president clings to power and manipulates the political system, determined to serve the rest of his term.

While the original 18th century Beggar’s Opera was a satire on injustice in London society and Prime Minister Robert Walpole’s corrupt government, Sri Lanka has not turned to opera but to begging and possibly borrowing. That is, if any international lending institution is willing to lend to a country that has recently defaulted on debt repayment for the first time in its post-independence history.

That speaks volumes about the Gotabaya Rajapaksa government’s fiscal and monetary policies and its ill-considered actions in the last two-and-a-half years that has ‘collapsed’ the country’s economy, as the prime minister told parliament the other day.

Under the ten-year rule of elder brother Mahinda Rajapaksa(2005-2015), the government borrowed heavily from China for massive infrastructure projects. That included a huge international airport at Mattala in nearby Rajapaksa territory in the deep south. Some of them continue to be white elephants. (A joke at the time was that even herds of roaming wild elephants in the area spurn the airport because of the colour bar.)

Since Gotabaya Rajapaksa came to power in November 2019 and, a year later, brother Mahinda led their Sri Lanka People’s Party (SLPP) to a parliamentary victory, the Rajapaksas, now firmly at the helm, strengthened their already close relationship with Beijing at the expense of ties with the West and international lending institutions, and alienated UN agencies such as the UN Human Rights Commission.

But in the last few months it has been a begging-bowl ‘opera’ as Sri Lanka scoured the world for loans after its foreign reserves started dipping drastically and leading international rating agencies took to downgrading the country’s sovereign rating. Eventually the Rajapaksa government reneged on its debt repayments, humiliating Sri Lanka.

Trapped by a plunging economy, Sri Lanka turned to Bangladesh to save it from emerging bankruptcy. Nothing could be more ironic. In its early years Bangladesh was perceived as a recipient of financial support, not a lender. At that time Sri Lanka’s economy seemed stable enough,despite its near 30 years of war against Tamil Tiger separatists.

In early June Bangladesh agreed in principle to another currency swap of US$200 million. This is in addition to last year’s currency swap of $200 million, whose repayment date of three months was extendedto one year at Sri Lanka’s request last August.

Today the country’s 22 million people are almost without petrol, cooking gas, kerosene, food, medicines and other essentials as the government has no foreign currency to import them. A common scenario in many parts of Sri Lanka are queues of peoples pending many hours and even days to buy the essentials that are scarce and a food shortage is predicted in the coming months.

As I sat down to write this, news reports said atwelfth man died seated in his vehicle at a queue for fuel.A few days later the Sunday Times Political Editor upped the death toll to 16. Meanwhile, physical clashes are becoming common at filling station, where thugs have muscled in. A soldier was recently caught on video assaulting a policeman.

Such is the tension building in society that the Sunday Times Political Editor reported concerns among local intelligence services about national security.

While the long-drawn out Covid pandemic did cripple the tourism industry, a major foreign currency earner, much of the blame rests on President Gotabaya Rajapaksa’s short-sighted policies, as well as those of some of his ministers and close advisers, whose arrogance and ignorance brushed aside warnings sounded a year or two ahead by reputed economists, former Central Bank professionals, academics and trade chambers.

Having denied any culpability for these errors of judgement, Rajapaksa ultimately conceded his responsibility, but only when mass protests erupted in Colombo and elsewhere in the country. Even the peasantry – a vital Rajapaksa support  base – took to the streets, castigating him and his government for creating shortages of essential fertilisers for agriculture.

After almost two months, thousands of anti-government protestors who set up camp on the seaside promenade opposite the presidential secretariat in the heart of Colombo are still there raising their clarion call which has now spread across the country: ‘Gota Go Home’.

While Sri Lanka struggles to survive and the Rajapaksas gradually reappear into public view, there has been a perceptible change in the government’s world view. Though Chinese leaders have often declared that Beijing is Colombo’s ‘all weather friend’ it has been slow to come to Sri Lanka’s aid at a time of real crisis.

An appeal to China by the Rajapaksa government to restructure its loans as one of its biggest lenders had not produced the expected reaction from Beijing. Nor had there been a positive response at the time for another credit line of US$1.5 billion when Colombo’s foreign reserves were fast drying out.

Even President Xi Jinping’s birthday greeting to President Rajapaksa last month made no mention of any concrete assistance, except references to the long-standing Sri Lanka-China relationship.

Observers claimed that China was coaxing, if not actually pressuring, Sri Lanka to distance itself from India, its competitor for political positioning and an expanding stake in the strategically located island.

While the immediate target was India, Beijing was also pointing its finger at Sri Lanka’s growing ties with the US and international institutions such as the IMF.

Since January, India’s provision of assistance to Sri Lanka with currency swaps, credit lines, loan deferments and humanitarian assistance to meet the mounting crisis, and support for Colombo’s call for IMF aid, appeared unwelcome news to China, which has been trying to persuade Sri Lanka to enter into a trade agreement with it.

New Delhi pointed out that this unprecedented economicand humanitarian assistance, including medicines and food valued at over US$3.5bn, was guided by Prime Minister Narendra Modi’s ‘Neighbourhood First’ policy.

Had it not been for the Indian central government and the Tamil Nadu state government responding fast with generous assistance, Sri Lanka would have been struggling to find scarce food, fuel and medicines.

Meanwhilea nine-member team of senior IMF officials spent ten days in Sri Lanka in late June to assess whether it could come up with a reform package to restore macroeconomic stability and debt sustainability.

Since Colombo approached the IMF for a bailout programme early this year, the international lending institution has been monitoring the country’s economic and political situation, neither of which inspired much confidence.

It is not only sustainable economic reforms that the IMF is after. It seeks substantial efforts to improve governance and bring about a stable corruption-free government that the IMF and other lending institutions, such as the World Bank, Asian Development Bank and donor nations, can have confidence in.

The current ‘bits and pieces’ government hardly provide evidence that it is fighting corruption when one of its stalwarts, who was recently convicted of extortion and sentenced to two years’ rigorous imprisonment that was suspended for five years, was not only reappointed to the cabinet by President Rajapaksa but also made chief government whip.

It is the need for clean government that causes concern, with President Rajapaksa reneging on promises he made to introduce constitutional amendments that will substantially prune the plethora of powers he grabbed on coming to power.

This is hardly likely, as the world will see when the new 21st constitutional amendment is gazetted in a few days.

Neville de Silva is a veteran Sri Lankan journalist who held senior roles in Hong Kong at The Standard and worked in London for Gemini News Service. He has been a correspondent for the foreign media including the New York Times and Le Monde. More recently he was Sri Lanka’s Deputy High Commissioner in London