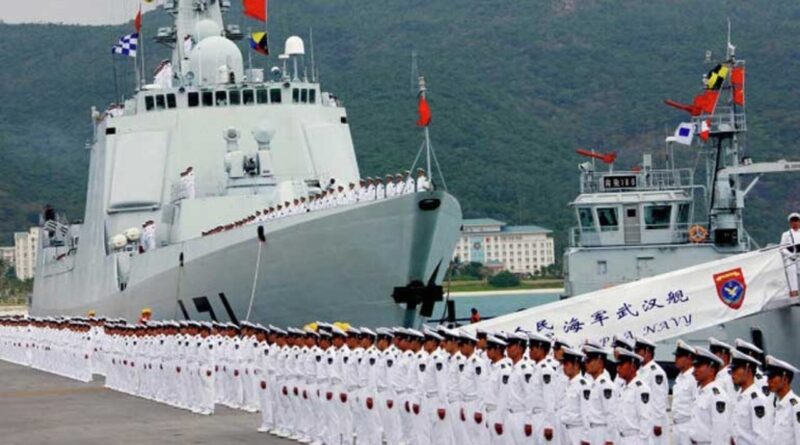 The Quad comes of age

In the wake of President Biden’s trip to Tokyo for a meeting of the four-nation Quad alliance, Nicholas Nugent wonders whether the grouping has reached maturity as a de facto military alliance

Within hours of Australia’s new prime minister Anthony Albanese being sworn into office in Canberra, he flew to Tokyo to attend a meeting of the four-nation Quad, an alliance of nations that for different reasons feel threatened by China.

The summit was a first opportunity for US President Jo Biden to meet the new Japanese leader, Fumio Kishida, as well as Mr Albanese. The fourth member of the quadrilateral security arrangement, known colloquially as the Quad, was India’s long-standing premier, Narendra Modi.

Each of the nations represented at the Tokyo summit feels threatened by China’s expansionist tendencies for reasons ranging from its challenges to the Himalayan border with India, its occupation and militarisation of islands in the South China Sea and routine overflights of Taiwan’s airspace by Chinese fighter aircraft. Yet the Quad is not formally a military alliance, but rather a grouping of like-minded powers.

According to Michael Kugelman of the Washington Wilson Center think tank, the Quad groups nations that share Washington’s goal of countering Chinese power: ‘I’d argue that China’s growing power and the increasing muscular and aggressive policies that come with that have given the Quad a timely shot in the arm.’ Kugelman adds: ‘The US wants to leverage the Quad to bring infrastructure and other public goods and investments to Asia to push back against what China is doing.’

As if to demonstrate this purpose, President Biden’s second objective on his visit to the Far East was to propose a new regional trading arrangement, the Indo-Pacific Economic Framework, designed to boost trade, make supply chains more resilient, work towards cleaner energy and fight corruption. It was an attempt by the US to re-engage with Asia Pacific trading nations after Mr Biden’s predecessor withdrew from the more formal Trans-Pacific Partnership, or TPP. A dozen countries have signed up to this new body.

It is no secret that China is expanding its navy

High on the Quad’s agenda in Tokyo was discussion of the latest examples of China’s ‘forward’ policy, its attempt to negotiate the use of maritime bases for its navy in the South Pacific – in Vanuatu, the Solomon Islands and at Kiribati. The first two are regarded by Quad member Australia as too close for comfort, while the last sent similar jitters through the US Pacific Fleet based at Hawaii.

It is no secret that China is expanding its navy – it has just launched its third aircraft carrier – and is looking for overseas bases, or facilities to refuel its fleet. The country’s first overseas base opened at Djibouti, East Africa, in 2017, to provide protection to China’s trade route through the Suez Canal.

American officials believe China is seeking to open bases in several Asian countries, thought to include the United Arab Emirates and Cambodia. Beijing already manages commercial ports in Pakistan and Sri Lanka which could have military use.

This has led to talk of a military alliance fulfilling a role in Asia akin to that of NATO in Europe, a mutual self-defence pact with China in its sights. (During America’s involvement in Vietnam in the 1960s and 1970s there was just such an organisation, the South-east Asian Treaty Organisation, SEATO with a mission to check the spread of communism. It was dissolved in 1977.)

However, many nations that feel vulnerable, such as the ten member states of ASEAN in Southeast Asia, cannot afford to take what may seem like a hostile move towards their giant neighbour China, which has been investing heavily in their infrastructure through its Belt and Road Initiative. They prefer to depend on actual or tacit bilateral security arrangements with the US, the de facto policeman of the region, and to some extent with Australia.

The Quad came about in the aftermath of the 2004 Indian Ocean tsunami and was initially a cooperative pact between the navies of the US, India, Japan and Australia to protect shipping routes through the Malacca Straits and the South China Sea.

Indian defence analyst Rahul Bedi believes that the Quad assumed a role to ‘contain China’s maritime hegemonic ambitions in the Pacific and Indian Oceans’ following the four nations’ joint naval ‘Malabar’ exercises in the Bay of Bengal in November 2020.

Pointing out that ‘quads’ seem to be in vogue, he highlights attempts to create another, linking India with the US, Israel and the United Arab Emirates, ostensibly for economic cooperation. He speculates that nuclear and near-nuclear powers China, Russia, Pakistan and Iran could easily respond with a ‘quad’ of their own in South-west Asia.

Not that there is anything magical about the number four, though it is more than a bilateral arrangement and falls short of the larger multilateral groupings like NATO. The newest defence alliance in the region has only three members: Australia, the United Kingdom and the United States agreed last September to work together to provide Australia with nuclear-powered submarines.

The Wilson Center’s Michael Kugelman is keen to stress that the Quad is not an anti-China alliance and does not require ‘each member to come to the others’ defence’, as is the case with NATO members: ‘It’s more of a countering China than an anti-China kind of a thing.’ He says the perception, rightly or wrongly, that it is anti-China is a disincentive for other nations to join.

In any case, adds Kugelman, India ‘doesn’t do alliances’, preferring to remain non-aligned.

For now, the Quad seems to fulfil an important purpose in grouping four of the five most important Indo-Pacific naval powers. It is difficult to escape the conclusion that China’s expansionist tendencies has made it increasingly relevant, rather as Russia’s invasion of Ukraine has given new vitality and purpose to NATO in Europe.

The Tokyo summit demonstrated that while the Ukraine crisis is preoccupying minds in Europe, many countries still see China as the greater long-term threat to Asian stability.