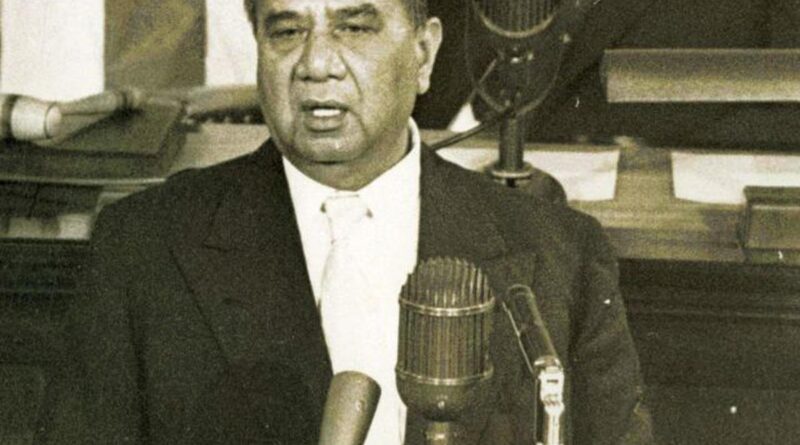 The wounds have not healed

Syed Badrul Ahsan looks back on events leading to the bloody break-up of India, whose repercussions are still felt in the subcontinent today

These were the words spoken, almost in a whisper, by Mohammad Ali Jinnah in 1947 as he observed from the airthe terrible ramifications of the politics – his politics – that had rent India asunder. He was speaking to no-one in particular on that helicopter ride to witness the reality on the ground: streams of Hindus and Sikhs making their way to India and Muslims trekking to Pakistan. While different from one another in religious belief, these exhausted travellers had one thing in common: they were all leaving their ancestral homes for landsthey had never seen.

Jinnah’s words were overheard by the journalist Mazhar Ali Khan, who told his wife Tahira Mazhar Ali the story, making her promise never to repeat it. She stayed silent and, long after Jinnah and then her husband were dead, she revealed the story to Kuldip Nayar.

All these decades after the break-up of India, the wounds remain raw. It is especially in July that one recalls the final, swift movement of forces that pushed the country to horrors previously unimagined. As the poet Faiz Ahmed Faiz put it, Partition was a ‘night-bitten morning’ and a ‘pockmarked dawn’.

Did Louis Mountbatten force the pace? His arrival in Delhi as the last Viceroy of British India came on the heels of the announcement that the country would be granted freedom by June 1948. Yet Mountbatten decided to bring the date forward. It was his 3 June Plan that was to be the fait accompli for the Congress and the Muslim League: they must agree to the end of British rule just over two months later, in August 1947. On 4 June, a very disturbed Gandhi told Rajendra Prasad, destined to be free India’s first president, ‘I can see only evil in the plan.’

But the signs of chaos accompanying the drive for independence had already manifested themselves. The adoption of a separatist resolution – euphemistically called the Lahore Resolution or Pakistan Resolution – by the Muslim League in March 1940 had opened the floodgates to disaster. The slender hope,held out by the Cabinet Mission Plan in 1946, of a united India was torpedoed by Jawaharlal Nehru at his infamous 10 July 1946 press conference.

The Congress, he made clear, was interpreting the deal in its own way:‘The first thing is we have agreed to go into the Constituent Assembly and we have agreed to nothing else… What we do there, we are entirely and absolutely free to determine. We have committed ourselves on no single matter to anybody.’

That was music to Jinnah’s ears. Having earlier accepted the Cabinet Mission Plan, he had come under increasing criticism from his party for compromising on the question of a homeland for Muslims and needed to wriggle out of the deal. Nehru gave him that perfect chance. And thenceforward circumstances went inexorably downhill.

Huseyn Shaheed Suhrawardy, prime minister of Bengal and a staunch Muslim Leaguer, was already planning a showdown with the Congress on the Partition issue. Writing in The Statesman on 5 August 1946, he did not mince his words: ‘Bloodshed and disorder are not necessarily evil in themselves, if resorted to for a noble cause. Among Muslims today, no cause is dearer or nobler than Pakistan.’

Direct Action Day would be a natural corollary of these remarks. Suhrawardy, clearly abdicating his role as prime minister of all Bengalis, Hindu and Muslim, decreed a holiday on 16 August. Four days of rioting followed, with Hindus, Muslims and Sikhs hacking away at one another. Anywhere between 5,000 and 10,000 people perished in Calcutta. It took all of Gandhi’s personal charisma and persuasion to restore peace in the city and in other regions of Bengal. Jinnah said not a word, Suhrawardy turned into a hate figure among Hindus, and the British colonial power knew its days were numbered in India.

Independence came to a fractured India in August 1947. Nehru’s eloquent invocation of a tryst with destiny could not camouflage the horrors that were burning lives and searing traditions in Bengal and Punjab. Two million people – Hindus, Muslims, Sikhs – murdered one another even as the flags of a sovereign India and an independent Pakistan were raised in Delhi and Karachi. In the Chittagong Hill Tracts, the Chakmas raised the flag of a free India in the belief that they were to be part of India. The next day, thanks to an uneducated demarcation of territory by Cyril Radcliffe, they found themselves part of the state of Pakistan.

In essence, more than freedom touching lives in the subcontinent, this was decolonisation wreaking havoc on centuries of culture and heritage in the country. And yet matters had come to a head where the dagger could not but slice right down the middle, as in Bengal and Punjab. Jinnah, having argued vociferously for a Hindu-Muslim division of the country, now panicked when confronted with the possibility of its two largest provinces being split along communal lines.

On 4 May 1947, he issued the following statement:‘If such a process were to be adopted, it will strike at the root of the administrative, economic and political life of the provinces which have for nearly a century developed and built up on that basis and have grown as functioning under (the) present constitution as autonomous provinces.’

Jinnah’s argument was an assault on his own two-nation theory. A similar quirky act had come earlier when Suhrawardy, in association with Sarat Bose, argued in April 1947 that Bengal ought to remain a unified province and probably emerge as an independent entity on its own. The irony could not be missed. Here was Suhrawardy, a vehement opponent of a united India, now calling for a united Bengal to be preserved. The idea, half-baked and not thought through, predictably came to nothing.

Mindsets were changing. It mattered little that in the weeks following the evisceration of the country, it was the masses who paid the price, on all three sides of the religious divide. The agony, personal and collective, could not be more poignant, as Yasmin Khan notes in her book The Great Partition: The Making of India and Pakistan, than the anger directed by a young Hindu refugee at Nehru when the latter went on a tour of a refugee camp at Haridwar.

This resonates with the anguish expressed by Abdul Ghaffar Khan, known as the ‘Frontier Gandhi’, once the Congress agreed to Partition:‘You [Congress] have thrown us to the wolves.’

But did the Congress, despite Gandhi’s displeasure – the Mahatma had in fact been sidelined since the negotiations around the Cabinet Mission Plan– have any choice in August 1947?

Sardar Vallabhbhai Patel was to offer his own explanation in India’s Constituent Assembly on 10 October 1949:‘I agreed to Partition as a last resort, when we had reached a stage when we could have lost all. We had five or six members in the government, the Muslim League members. They had already established themselves as members who had come to partition the country.

Some years before Mountbatten was assassinated in 1979, the writer Dominique Lapierre showed him a report on the grave state of Jinnah’s health – he had tuberculosis – by the Indian doctor who had treated him in the pre-Partition days.

This was how the man who had rushed India to violence-driven freedom responded:‘If I’d only known all this at the time, the course of history would have been different. I would have delayed the granting of independence by several months. There would have been no Partition. Pakistan would not have existed. India would have remained united. Three wars would have been avoided…’

Mountbatten’s ‘if only’ came too late. Thearbitrary shifting of the date fromJune 1948 to August 1947,for no good reason, caused the uprooting of14 million people, up to 2 million deaths, and a legacy of mistrust that continues to this day..