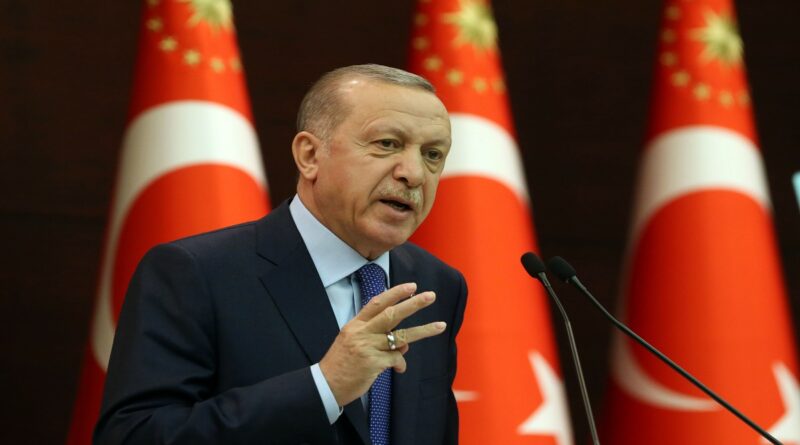 Changing the name of the country from Turkey to Türkiye, pandering to Islam and blaming the influence of ‘foreigners’ and ‘outsiders’ for the dire state of the economy may not help Turkish President Recep Tayyip Erdogan to cling to power when the country goes to polls in June 2023. As the country is almost in the 19th year of Erdogan’s rule, first as the prime minister and then as an all-powerful executive president, Türkiye’s economy is being ravaged by runaway inflation and a crashing Turkish lira, the worst since 1998.

In May, the rate of inflation was 73.5%, according TUIK, the government’s statistical institute. However, the Turkish Inflation Research Group (ENAG) put the figure at a whopping 160.8%, provoking the TUIK to lodge a criminal complaint against ENAG for disseminating misleading data in order to tarnish the government body’s standing. The Erdogan regime has put in place draconian defamation laws to muffle the voices of opposition and the media. But the fact is that, hit by the spiralling global oil and gas prices, transport costs in Türkiye were up 224% and prices of food and non-alcoholic drinks 91.6% higher on a year-on-year basis in May this year. Even going by the official data, Türkiye’s inflation rate is the sixth highest in the world, behind civil-war ravaged Syria and sanctions-hit Venezuela.

Erdogan’s Justice and Development Party (AKP) came to power following a severe financial crisis in 2000-2001. The people, unhappy with coalition governments, voted for AKP in 2002.  In 2003, Erdogan took over as the prime minister. Interestingly, the AKPcontinued to implement the reforms package of the IMF and with great success. The economic boom that ensued helped the country to take big strides on the development front.

Erdogan’s aggressive, pro-growth strategies got him excellent results. He initiated big infrastructure projects, wooed foreign investors and encouraged businesses. So much so that Turkey was described as an ‘economic miracle, bringing rich political dividends for Erdogan and his party. Türkiye’s economic success rode on the import of capital as the key driver of the economy. Being, however, dependent on the import of gas and petroleum, it continued to be bedevilled by a growing foreign trade deficit.

While he followed an expansionary monetary policies pushing growth, it was the inflow of foreign capital that was driving growth.  This resulted in the growing foreign indebtedness of the Turkish companies and banks. It inevitably led to foreign exchange imbalances, rising inflation and the weakening of the Turkish currency. Türkiye’s external debt grew to $450 billion by the end of 2017 and foreign reserves dwindling to as low as $85 billion. In order to rescue indebted businesses faced with bankruptcy, the Turkish government decreased taxes, introduced subsidies for businesses and loan guarantees for the private sector. Türkiye also invested nearly $18 billion in foreign bonds and stocks to prop up the lira. These steps only exacerbated the crisis.

In August 2018, US President Donald Trump doubled the customs tariffs for Turkish steel and aluminium imports, leading to a rapid fall in the value of the Turkish lira. As inflation shot up, the Central Bank of the Republic of Turkey (CBRT) stepped in, raising the interest rates from 13.5 per cent to 16.5 per cent in May and then up to 24 per cent in September.The bank’s action didn’t go down well with Erdogan. He strongly maintained that a high interest rate actually causes inflation, and forced the bank’s governor to resign. This notwithstanding the fact that higher interest rates helped to reign in prices and gave the Turkish economy a breather. But, over the last few years, a number of governors of the CBRT have been replaced by Erdogan, who adamantly wanted lowering of interest rates, despite expert advice to the contrary.

Türkiye is heavily dependent on Russian energy, trade and tourists

In 2020, the financial situation began to deteriorate again. Instead of tightening the money supply, the central bank began to cut interest rates cuts to induce higher consumption and investment. And despite the adverse impact of COVID-19, Turkey achieved a growth of 1.8 per cent in 2020. As inflationary pressures began to build up, and the lira began to plunge. The situation further worsened in 2021 due to global supply chain bottlenecks and associated price hike. Once again, the CBRT reduced the interest rates from 19 per cent to 14 per cent between September and December. Though this pushed GDP growth, there was a drastic rise in inflation. Pursuing its unorthodox monetary policy, the government presented the “New Economic Model” (NEM) on 30 November 2021 which advocated low interest rates and measures to stabilise the weakening Turkish lira (TRY). The TRY plunged from 6.7 to a dollar to 18.6 lira to a dollar in December 2021. Consumer prices shot up as these were also affected by country’s dependence imports of basic products such as meat, fertilisers or metals, besides energy needs.

The government then resorted to a slew of ad hoc measure to stabilise the lira. These included a weird scheme promising to pay the difference in value of the currency’s fall against the dollar if people kept their savings in lira instead of dollars in the bank. But with inflation skyrocketing, the lira lost more than 20% of its value in the beginning of 2022. The CBRT reportedly sold $24 billion from its dwindling foreign currency reserves between January and March to prop up the lira but to no avail.

Erdogan hoped that cheap Turkish exports and tourism would generate enough foreign exchange to cover the current account deficit, stabilise the currency and bring down inflation. Then came the invasion of Ukraine by Russia as a rude shock.Türkiye is heavily dependent on Russian energy, trade and tourists. Ukraine too is a major source of grain imports and tourists. The war dramatically pushed up grain and oil prices. This year’s gas import bill of the country is expected to be as high as $40 billion. The Central bank has $15.96 billion in its reserves. Economist Paul Krugman describes Türkiye’s crisis as “a classic currency-and-debt crisis, of a kind we’ve seen many times.”

“At such a time, the quality of leadership suddenly matters a great deal. You need officials who understand what’s happening, can devise a response and have enough credibility that markets give them the benefit of the doubt. Some emerging markets have those things, and they are riding out the turmoil fairly well. The Erdogan regime has none of that.”

Anger against the regime is accumulating and people are taking to the streets in spontaneous protests. Earlier, people were frightened to speak against Erdogan. There was an atmosphere of fear as even an anti-Erdogan statement on social media could land one in prison. Even schoolchildren have not been spared for voicing opposition to his regime. But no more. The protestors have been raising slogans like: ‘We are sick and fed up with the AKP’ or ‘Those who created the crisis should pay’.

There have been more than a hundred strikes across Türkiye by workers in different sectors during the first two months of this year. The government has been forced to increase the minimum wage, but the workers are demanding increases in wages across the board.

In autumn last year, university students were up in arms in the streets against spiralling rents, and to demand access to public dormitories. The Barınamıyoruz (‘We Can’t Find Shelter’) protests started in Istanbul and quickly spread to universities all over the country. Thousands of students were arrested.

In April, pensioners from all over the country marched to Ankara, demanding an increase in pensions and a cap on prices of essentials. Farmers, too, have been blocking highways and roads with their tractors, protesting against the price hikes of energy and farm inputs like fertiliser.

The question is: Will Türkiye default on payment of its dues? Bankruptcies, unemployment and soaring prices, combined with a crashing lira, is a perfect recipe for a Sri Lanka-type disaster. Türkiye is most likely too big to go down. But if it does, many European banks and financial institutions, which fuelled the country’s unprecedented growth over the last two decades, have much to lose. And, with this coming at a time of global slowdown, Europe will have to bear the major brunt of Türkiye’s economic collapse.