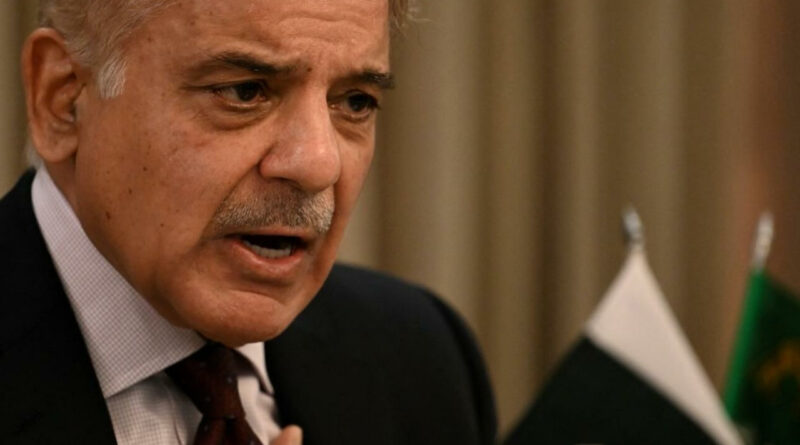 When less is more

An informed parliament and the ballot box, not security agencies, should fix the meaning of patriotism in Pakistan, argues Pervez Hoodbhoy

After the PTI-army ‘same-page’ relationship turned into a raging and ugly divorce, one expected some reluctance from Shahbaz Sharif’s PML-N government with regard to contracting yet another dubious civil-military cohabitation arrangement.

Instead, in early June, the prime minister upped the military’s role in national affairs by another notch. Henceforth all potential candidates for government posts, including civil service officers awaiting promotions, must have their credentials check-marked by the ISI. To be screened are Supreme Court judges, top-level civil servants, university professors, and many others.

Nabbing a mischievous Kulbhushan Jadhav from here or there is relatively easy – an Israeli-made Pegasus system can do wonders. But evaluating the patriotism of those who were born and live within Pakistan – and consider themselves loyal but free citizens – is complicated.

Certainly no intelligence agency is empowered to invent its own definition of patriotism. Instead it must follow the Constitution as interpreted by parliament and the judiciary. But in practice, one question leads to the next.

Is an ‘anti-Pakistan element’ someone acting against the people of Pakistan or, instead, someone opposed to a particular state policy? The visible usurpation of resources by the country’s ultra-rich and ultra-powerful elite has blurred the boundaries separating national interests from personal or organisational interests. That thieves run Pakistan is now a thoroughly mundane, boring, universal accusation. Nevertheless, journalists or insiders exposing the theft of public resources are branded unpatriotic instead of being celebrated as exemplary.

Still more problematic is the identification of individuals charged with being ‘anti-Pakistani’ because they oppose certain postures of the state. Pakistan’s political parties regularly accuse each other of being traitorous and puppets of foreign masters. On matters of religiously inspired militancy we have internal splits within the military, judiciary, and between politicians. How is some poor mid-level intelligence officer, whether uniformed or civilian, to know what is patriotic and what is not? This lies way above his pay grade.

Some examples show just how horribly complicated it can get:

Example: In a string of speeches, ex-PM Imran Khan claims the Islamic Republic of Pakistan will shatter into three pieces unless the military establishment – which catapulted him into power – reverses its new-found neutrality and places him back on top. He hints that the army’s rank and file should disobey its top leadership and has asked families of military personnel to join his ‘million-man’ rallies. Some call it sedition. Should Khan – together with his minions and toadies – be given a clean chit? Or, instead, be declared a traitor?

Example: It was recommended in December 2019 through court papers submitted by the UK’s National Crime Agency that Shahbaz Sharif be investigated for money-laundering, fraud and corrupt practices. Three years later, the NCA decided not to prosecute. This made the PML-N crow victory. But the PTI says that withdrawal of the case does not constitute exoneration. It plausibly points to other parts of Mr Sharif’s considerable wealth outside Pakistan. Until those allegations have been cleared, should the current primeminister be certified as a patriot?

Example: The security establishment is tasked with safeguarding the life and property of Pakistanis but some insiders are allied with terrorist groups. The case of Ehsanullah Ehsan – who oversaw the horrific slaughter of hundreds of civilians and soldiers – is noteworthy. Have our intelligence agencies successfully ferreted out those from within who allowed this captured terrorist to escape to Turkey from a top security prison facility? Do the agencies have the capacity to police themselves? Or prove that only true patriots fill their ranks?

Example: The Baloch belong to a multi-ethnic state but have long claimed mistreatment by a Punjab-dominated centre. This led to four insurgencies in which thousands died. Some Baloch resentment is based on facts, the rest is imagined. As for thePashtun Tahafuz Movement(PTM), the tribals of Fata who asked for humane treatment and protested against discrimination were deemed traitors, and stomped upon. In ascertaining the patriotism of Pakistan’s ‘peripheral’ nationalities, is it wise to use an intelligence agency that is widely perceived as being staffed mostly by Punjabis? Will this help or hinder the creation of a Pakistani national identity?

Bangladesh openly prefers a strong country over a strong army

Seventy-five years from Pakistan’s creation, except for within Punjab, there is a widespread feeling that Pakistanis have not gelled together as a nation. That thousands have gone missing is a stain on the national conscience. While Imran Khan’s antics are generating unprecedented polarisation, fault lines are everywhere – religious, ethnic, and political. As in the TLP’s march on the capital, extreme violence has been normalised.

In contrast, although Bangladeshi groupings are far from friendly with each other, they are much less violent. There, a national consensus exists on larger goals. Bangladesh could therefore concentrate on manufacturing, trade, and greater opportunities for its citizens. As thick clouds of doom and gloom envelop Pakistan, its former ‘colony’ exudes a sense of positivity and optimism about its future.

This is so because Bangladesh is not a security-obsessed state. It openly prefers a strong country over a strong army. People there don’t have their patriotism challenged at every corner by security agencies. After some hiccups during the first four to five years, less military interference in daily affairs translated into greater national cohesiveness and a greater sense of well-being for its citizens.

There are important lessons here for Pakistan. We cannot afford to keep the bulk of our national energies focused on checkmating India and liberating Kashmir. This has allowed the security state to dominate our lives. Human development and economic growth have been pushed into the margins.

The ISI is a much vaunted and efficient organisation. However, it is not trained or equipped to help Pakistan attain prosperity and international competitiveness. To burden it with new tasks is unfair and Prime Minister Shahbaz Sharif should undo his orders. The ballot box – with votes cast responsibly and counted fairly – remains the best bet for Pakistan’s future.