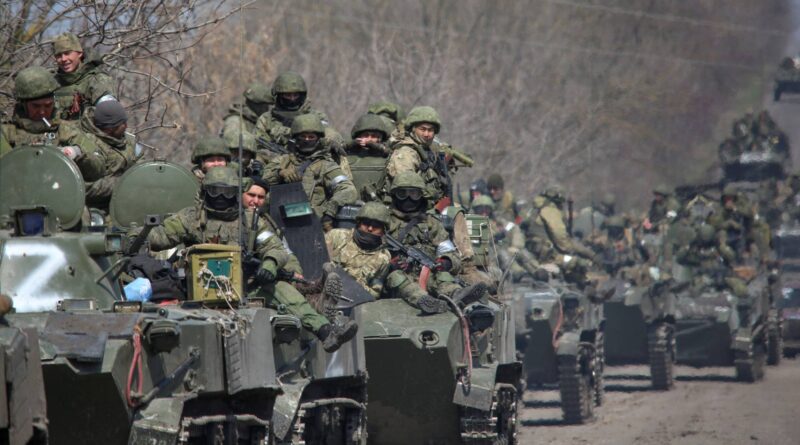 Finance that fuels war machinery is being increasingly manipulated by politics. The complicated, yet well-armoured interdependence between politics and economics makes one reflect upon the absurdity of war in such an interconnected global market. Yet we find that a nation state’s desire for power and status can leap beyond reason and push a well-functioning global financial system into chaos. This is precisely why the idea of sanctions against unlawful annexation has gained currency. The ‘unprovoked’ invasion of Ukraine by Moscow has caused severe turmoil for the post-pandemic global economy, still in recovery.

The major supply chain crisis caused by the sudden halting of the economy and the massive dip in demand had just begun to see signs of upliftment. Moscow’s war against Kyiv has jolted the West out of its slumber and pushed its political buttons. The flag bearers of democracy/liberalism falling within the ambit of NATO’s protection wasted no time in vowing to support Ukraine against this act of blatant harassment and inhumanity.

The EU has been criticised for being divided in its condemnation of the war and its inability to curtail its dependence on the Ural blend. Europe has been the largest export destination for Russian crude and petroleum – 2.2 million barrels per day (bpd) of crude in 2021, including 0.7 million bpd via pipeline, as well as 1.2 million bpd of refined oil products, as per International Energy Agency figures. Germany and the Netherlands accounted for the largest Russian oil imports. However, the nations which depended most on these imports for their economic well-being are the ones on the southern route of the Druzhba pipeline: Slovakia, Lithuania, Hungary, the Czech Republic and Poland. While more prosperous nations like Germany have voluntarily agreed to phase out their Russian export dependence, the southern route nations are still reluctant and unsure of their capacity to replace such high volumes of Russian imports.

Despite the disagreement, the sixth round of sanctions on June 3 witnessed the EU taking the bold step of weaning itself off its largest oil and crude exporter. The package banned all sea-borne imports of Russian crude oil, as of December 5 2022, and petroleum product imports as of February 5 2023. A compromise was reached to exempt pipeline imports (via the Druzhba pipeline). barring the importing countries from reselling the crude and petroleum thus obtained. In addition, European marine insurers will deny insurance to tankers carrying Russian oil anywhere in the world. The aim behind the move is to choke the Russian economy and halt its enormous military capacity. But it is speculated that the move could disturb the balance of the neatly woven global market, with repercussions spilling across continents.

Impact of the embargo

So far, European military and political support for Ukraine is seen as inadequate in comparison to the euros that poured into Moscow from the oil and gas trade. Political pressure will be rendered futile if the aggressor continues to have deep pockets for ammunition and reinforcements. To that end, the embargo seems like a step in the right direction. However, it has been carefully designed with a window of six to eight months in order to allow the EU to diversify its imports away from Moscow. Brussels can rely on the Middle East, West Africa and the United States for future oil imports. Despite this, replacing the vast volume of Russian exports will be no easy task. The refiners will require time to adjust to the changing supply chains. Countries on the southern route of the Druzhba pipeline have sought longer periods to phase out Russian imports, given their inability to deal with the immediate hike in the cost of essentials.

The timeline provided has eliminated the distrust around Russian oil, which might even result in stable prices for Moscow’s exports. Now that the chances of oil cargoes being halted midway have been ruled out, the demand for the Ural oil variety is likely to increase in the short term. This means that while Moscow stands to lose its vast European market in the long term, it will probably gain in the six-to-eight-month window, as most European countries rush to stock up inventories. A rise in oil prices will also enhance its income from oil exports to Asia.

In the longer run, absorbing the entirety of 3 million barrels per day of oil products exported to Europe will be a Herculean task for Moscow. Even before the sanctions, Russia had tried to make up for the decrease in European exports by selling to its Asian markets, especially China and India.  Although these are huge markets with a large consumer base, logistical costs are huge. Asian ports are further away than European one, and the increase in turnaround time, shipping and other costs will have to be borne by Russian traders.

The latest sanctions package banned all sea-borne imports of Russian crude oil, as of December 5 2022

Practicality of an insurance ban

Russian vessels will need new insurers, considering the current marine insurance and reinsurance market is dominated by Europeans. Over 90% of international vessels are insured by European insurers, especially Lloyds of London. With Brussels refusing to insure Russian cargo (and London likely to follow suit), all tankers will simply refuse to carry uninsured Russian oil and uninsured vessels will not be allowed at ports, substantially decreasing Russia’s oil trade. At the outset, this seems like a reasonable next step in the chain of sanctions but hindering the sale of Russian oil holistically will have significant repercussions for the global economy.

While reducing Russian profit margins might be able to reduce its military expenditure, curtailing the sale of Russian oil to other markets in the East will only lead to massive rises in oil prices. With most countries, including the US, already grappling with inflation, this will only lead to political and economic unrest. Ship owning countries like Malta, Cyprus and Greece have raised concerns regarding the ban on European flagged vessels carrying Russian oil and cargo. They own the vast majority of such vessels. This particular move may be short-sighted as changing the registration of a shipping vessel to a flag of convenience is relatively easy and would lead to monetary losses for the ship-owning nations of Europe.

Sanctions show Europe’s unanimous solidarity for the Ukrainian cause and are bound to impact the Russian oil industry in the long run. It needs to be remembered, however,  that Iranian sanctions are still in place and, with another oil-producing country now being hit, the world may be staring at an impending energy crisis. A wounded global economy is strapped with an already high oil production capacity and very little surplus to cope with a wide fuel shortage. Unlike the previous Iranian energy crisis, when the OPEC+ countries ramped up production, the current increase in production by OPEC (minus Russia) will take more than a year.

As the sanctions stand, it remains to be seen how long Europe takes to phase out Russian oil, while 400 million euros per day keep pouring in for Moscow’s gas. It is clear that the gas has escaped sanctions due to lack of a substitute. Hence Russian exports might just survive the embargo, if the country’s leaders are able to pull the right levers delicately in due time. As Europe braces itself, the energy future of the rest of the world hangs in the balance. While the US is lobbying with Middle Eastern oil genies to ramp up production, Asia is importing Russian oil to enhance its reserves. As each nation operates in its own best interests, the real impact of the embargo on the war will only be determined after the given time period of six to eight months elapses. If the war continues to rage till that time, the entire sanctions agenda will stand defeated in the face of massive loss.

Tanya Vatsa, a law graduate from National Law University, Lucknow and an incoming LLM candidate at the University of Edinburgh, is a former assistant advocate. She is currently a geopolitical analyst with The Synergia Foundation, an India-based think tank. Her writing on international relations has been published by the Diplomatist, International Policy Digest and The Kootneeti