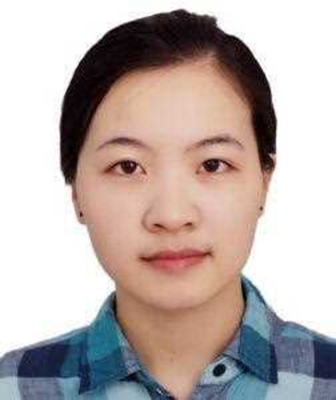 Tech theft and IP piracy by China are problems facing the technological powerhouses of the West. Richard Gregson  considers the repercussions

Scientific-technological innovation is the engine of progress. But it is a long, arduous and expensive path. Companies, institutions and laboratories spend billions on research and development before a product, process or service can be sold in the market. The West, largely an open society, has historically led this revolution, and is credited with most of the modern-day technologies. Naturally, developing countries have lagged behind, being dependent on cutting-edge technologies developed in the West. Humankind as a whole has benefited, and most countries generally abide by internationallyaccepted intellectual property and copyright regimes, with some infringements here and there.

Communist China, however, is an extraordinary exception.

Beginning its journey as a producer of cheap, low-quality counterfeits towards the end of the last century, China has grown into a global behemoth of copyright piracy and technology theft. Over the years, the Chinese Communist Party (CCP) regime has perfected its techniques of stealing intellectual property that has been painstaking developed by Western companies, institutions and labs at enormous cost. MI5 Director General Ken McCallum and FBI Director Christopher Wray recently warned against the growing threat posed by extensive Chinese IP and copyright espionage networks that have been infiltrating companies and higher educational institutions across the world. The intelligence chiefs made these unprecedented public statements, speaking to a group of business and academic leaders, invited to Thames House, MI5’s London headquarters, on July 6.

IP theft by the Chinese has become so rampant that the US often ends up buying its own and other countries’ inventions from Chinese infringers, says a report-update of the Commission on the Theft of American Intellectual Property, an independent and bipartisan initiative of leading Americans from the private sector, public service in national security and foreign affairs, academia, and politics. China (including Hong Kong) accounts for 87 per cent of counterfeit goods seized coming into the United States, the report adds.

Not only does the CCP carry out large-scale cyber espionage to help Chinese companies, it also protects the culprits charged with tech espionage and violation of international laws on patents and copyright. The other method adopted by the CCP is to coerce foreign companies operating in China to share trade secrets and IP rights with local partners, to which companies often succumb in order to retain their business in China. The US is estimated to lose anywhere between $225 billion and $600 billion every year in stolen trade secrets, pirated software and counterfeiting by the Chinese.

Such tech theft has a national security angle too. Pursuing its designs for global domination, the Chinese have come up with a new strategy of Military-Civil Fusion (MCF), thus tearing down the barriers between civilian and military research. Chinese students are facilitated by the CCP and its state organs to infiltrate Western universities, private companies and other institutions as a part of their global tech espionage network. Former US Secretary of State Michael Pompeo told a conference of Silicon Valley innovators that almost all of the FBI’s 1,000 open investigations into intellectual property theft were linked to China. ‘Under Chinese law, Chinese companies and researchers must – I repeat, must – under penalty of law, share technology with the Chinese military,’he added.

Of the 189 scientists investigated by the NIH for violation of funding norms, 93% had a China connection

Through the MCF, the CCP seeks to mobilise every company and individual by co-opting, incentivising and even forcing them to steal the results of the latest scientific research being conducted abroad for the technological modernisation of the People’s Liberation Army (PLA). The Chinese also grab tech secrets by co-opting overseas Chinese, buying up foreign scientists and even by sending PLA officers abroad with forged civilian identities to work in foreign companies or join Western universities as students. Yanqing Ye, a People’s Liberation Army lieutenant, was caught sending documents to China while studying at Boston University’s departments of physics, chemistry and biomedical engineering. Ye, who hid her military affiliation in her visa application, faces charges of spying for a foreign power.

The pharmaceutical industry has been a favourite target of the CCP. US law enforcers seized two Chinese hackers targeting high-tech companies involved in developing vaccines and treatment for COVID-19 in eight countries: the US, Australia, Germany, Japan, Spain, South Korea, Sweden and the UK.

The CCP’s Thousand Talents Plan recruitment programme is another set-up to lure in Chinese researchers to steal tech secrets. Hongjin Tan, a Chinese citizen and legal US resident, who worked for an American petroleum company, succeeded in passing on $1 billion worth of trade secrets to his handlers in China. Pleading guilty to the crime, Tan told the investigators that he had been recruited under the Thousand Talents Plan recruitment programme to ‘digest’ and ‘absorb’ technology and transmit the stolen information to China. He was sentenced to 24 months in prison.

Hao Zhang, another Chinese engineer, who took a job at the US semiconductor firm Skyworks from 2005 to May 2009, was pronounced guilty by a US court for accessing his employer’s computers for industry secrets, and using his friendship with his former classmate Wei Pang, who worked at US chip giant Avago, now known as Broadcom, to steal patent-protected technical details related to Surface Acoustic Wave (SAW) and Bulk Acoustic Wave (BAW) filters, as well as Film Bulk Acoustic Resonators (FBAR), which are used in cellphones and civilian and military wireless equipment to reduce interference and to boost performance. Arrested in 2015 when he flew to Los Angeles for a conference, Zhang was accused of conspiring with a colleague from the University of Southern California to steal and sell American secrets to the Chinese government and military through a shell company in the Cayman Islands.

Russia, too, has been wary of the Chinese stealing its military aircraft and anti-aircraft missile technology

A curious case is that of a Harvard University professor, Charles Lieber, who, under the CCP’s Thousand Talents Planprogramme, was offered $50,000 per month as salary and a hefty grant of $1.5 million to establish a research lab at the Wuhan University of Technology. Lieber accepted these funds from the Chinese government without disclosing the informationto his university and the US Department of Defense. He was found guilty of breaching both the university’s policy and the law of the land. Interestingly, of the 189 scientists investigated by the US National Institutes of Health (NIH) for violation of funding norms, 93 per cent had a China connection.

ASML Holding NV, a Dutch manufacturer, which has a monopoly on the equipment that is crucial to the manufacture of the world’s most advanced semiconductors, had sued a defunct Silicon Valley firm, Xtal Inc., for intellectual property theft. The Beijing-based Dongfang and Xtal were created a month apart in 2014 by a former ASML engineer, Zongchang Yu, ASML’s attorney told the court. The two companies worked in close cooperation to illegally obtain critical technology and transfer it to China. ASNL has charged Yu with stealing all 2 million lines of the source code of a software critical to ASML lithography equipment, which is used to shrink and then print patterns of transistors onto silicon wafers that are sliced into chips for different use. ASML controls nearly 90 per cent of the $17.1 billion global market for these high-precision lithography machines.  The stolen software, known as optical proximity correction (OPC), is an important part of the chip-making process. Without OPC, ASNL lithography machines cannot accurately print the microscopic circuits. Dongfang’s Yu is a hero of sorts in Beijing. Now China is desperately trying to manufacture the sophisticated chips indigenously.

The C919, a new narrow-body passenger jet being touted as China’s rival to Boeing’s 737 Max and Airbus SE’s A320neo, recently completed its first test flight. However,Crowdstrike, an infosec security company, says the plane, built by the Commercial Aircraft Corporation of China (COMAC), could have benefited from international hacking operations of a CCP-sponsored group of cyber spies, dubbed by Western intelligence as Turbine Panda because it targets aero-engine technology. Xu Yanjun, a Chinese agent associated with Turbine Panda, was arrested last year after agents lured him to Belgium, ostensibly to meet a GE Aviation executive willing to share tech secrets. Xu is reported to have had a ‘prolific’ network in Britain, too.

Although it is difficult to assess that the CJ-1000AXengine is an exact copy of the LEAP-X technology, Crowdstrike says it is highly likely that the Chinese gleaned a lot of information through cyber espionage.LEAP-X is an entirely new turbofan engine for narrow-body aircraft developed byCFM International, a joint venture of GE and SAFRAN Group. Russia, too, has been wary of the Chinese stealing its military aircraft and anti-aircraft missile technology. One of the Chinese anti-aircraft systems is alleged to be a copy of the Russian S-300, a precursor of the lethal S-400.

Agriculture is another sector where the CCP has been targeting GM seed technology. Earlier this year, Xiang Haitao, a Chinese national, pleaded guilty to the theft of an algorithm called the Nutrient Optimizer, developed by Monsanto. Other cases of Chinese scientists indulging in agri-tech thefts have also come to light, and we can go on citing cases of IP pilferage by the Chinese in different sectors.

Given the Chinese arrogance, however, there is much more awareness globally about the unacceptable Chinese technology robbery being carried out in unabashed violation of the rule of law. Sooner rather than later, Western powers are likely take up the issue of economic crimes committed by the Chinese and adopt firm measures to safeguard IP rights and copyrights so that companies don’t feel cheated when they lose their IP and patents developed by some of the world’s best talents and at huge costs – for the benefit of their shareholders and humanity at large.