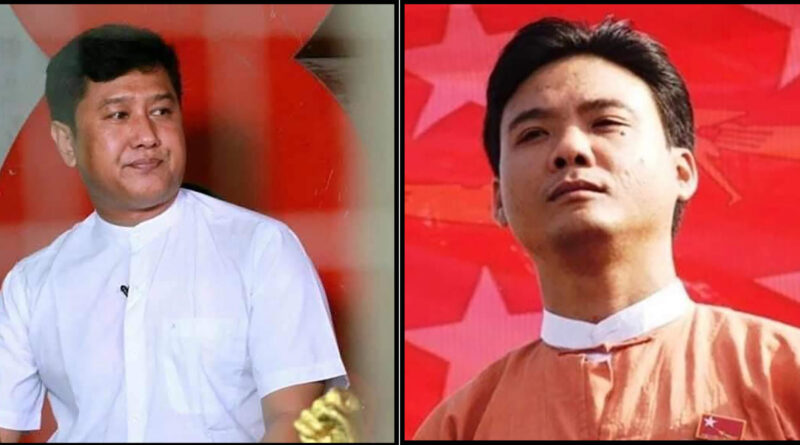 Myanmar’s junta has executed four pro-democracy campaigners, the latest sign that the military is at war with its own people. Nicholas Nugent reports on a nation increasingly cut off from the world

In what is believed to be the first use of capital punishment in almost 35 years, the Burmese army – the Tatmadaw – has put to death four democracy activists. Those executed include Kyaw Min Yu, known as Ko Jimmy, a former student activist involved in an uprising against military rule in 1988, and elected member of parliament Phyo Zeya Thaw. The executions at Yangon’s Insein Prison followed a closed trial from which media and family members were excluded.

Since the Tatmadaw, under Senior General Ming Aung Hlaing, seized power in February 2021, Myanmar has closed itself off, concealing from the world what former UN Rapporteur Yanghee Lee described as ‘an all-out war against the entire population of Myanmar’.

In the foreword to a report by the Assistance Association for Political Prisoners (AAPP) of the Australian National University, Ms Lee wrote of ‘a sustained, widespread and systematic attack on the Myanmar people’ which, she says, amounts to a crime against humanity.

Army leaders have instructed the country’s media that their seizure of power should not be termed a ‘putsch’ and that they should not be described as a ‘junta’. They claim it was a necessary intervention to restore democracy, tainted by what they allege were corrupt practices in the November 2020 election.

The poll led to Nobel Peace Laureate and State Counsellor Aung San Suu Kyi and the National League for Democracy (NLD) party she leads being comfortably re-elected. Following the coup, Ms Suu Kyi and other government members were jailed. So determined are military leaders to prevent her return to power, they have brought charges against her that would keep her locked up for 150 years.

Information seeping out of Myanmar suggests a bitter civil war is underway. On one side is the Tatmadaw, estimated to be 300,000 strong and supported by the country’s police force. On the other is a large number of local militia groups, who collectively call themselves the People’s Defence Force (PDF) and owe allegiance to the National Unity Government (NUG), a rival administration claiming to represent the will of the people.

These militias are made up of Myanmar youth, mainly in their 20s and from the dominant Bamar ethnic group, including former government servants and teachers. In some states they operate in alliance with the so-called ethnic army organisations who wield power near Myanmar’s borders – groups such as the Kachin Independence Army, the Arakan Army and the United Wa State Army, who have been fighting the Tatmadaw for decades.

The PDF has collected money to arm the militias, who are neither as numerous in manpower nor as well armed as the Tatmadaw, but are reported to be having some success at sabotaging military operations.

The AAPP report speaks of arbitrary detentions of alleged protestors and says detainees are often subjected to torture, including physical mutilation and sexual violence in what it calls ‘a widespread and systematic attack targeting [Myanmar’s] civilian population’. It points the finger of blame at Light Infantry Divisions number 44, 66 and 77, which were tasked with targeting protestors who took to the streets after the coup.

Many detainees were forcibly taken from their homes, says the report, encouraging other pro-democracy campaigners to leave, in order to avoid being arrested, and take to the jungle to continue their fight.

AAPP also gives details of people killed by the army across the country. In one incident in April 2021 in the city of Bago, 82 civilians were shot dead by artillery and machine gun fire. AAPP says these crimes are ‘rooted in a culture of impunity that has surrounded the military for decades’. It says the Tatmadaw has returned to practices prevalent during the 50 years it wielded power before Ms Suu Kyi’s National League for Democracy was elected in 2012, under a constitution drafted by the military to ensure they retained ultimate authority.

In Myanmar today it is a crime to campaign for democracy or express criticism of military rule. Independent media has been closed down and state newspapers and television operate under tight military censorship. In March 2021, state news warned protestors ‘to learn from the tragedy of earlier ugly deaths that you can be in danger of getting shot to the head and back’.

Lately, a number of defectors from the army told foreign media they were ordered to enter homes and kill those suspected of taking part in protests or of sabotaging military establishments.

AAPP plans to present evidence to the International Criminal Court that at least nine of the 11 crimes constituting crimes against humanity under the Rome Statute that established the ICC have been committed. Myanmar is already before the court in an earlier case, accused of committing genocide against its Muslim Rohingya minority in 2017. In July the court rejected the military government’s attempt to strike out that action.

Also aiming to hold Myanmar’s military leaders to account for their actions is the Myanmar Accountability Project. Its director, Chris Gunness, told Asian Affairs that while the Tatmadaw claims to be providing stability, holding the country together, since the coup it has become a source of instability.

‘Mass arson attacks, forced displacement, routine massacres and torture have taken Myanmar to a new level of atrocity, crimes for which we are determined to hold the Tatmadaw personally, criminally accountable,’ he says.

Gunness condemned the killing of Ko Jimmy, saying ‘this barbarity has transformed a national hero into a martyr who will haunt the regime until its dying day’.

The current UN Rapporteur on Human Rights in Myanmar, Tom Andrews, has claimed that 2000 civilians have been killed and 14,000 arrested since the military took power. Mr Andrews, who was not allowed to visit Myanmar itself, told journalists in neighbouring Malaysia: ‘No one has been spared the impact of the military.’ The UN estimates that as many as 700,000 citizens of Myanmar have been displaced since the ‘take-over’.

Internationally, Myanmar under military rule has been cast into pariah status. The country’s seat at the UN is occupied by the previous government’s representative and the regional economic alliance, ASEAN, of which Myanmar is a member, refused to invite General Min Aung Hlaing to its summit in the absence of any serious intent to return the country to civilian rule.

Indeed, there are no signs the military plans to surrender control. On the contrary, their preoccupation seems to be to prevent Ms Suu Kyi returning to power.

As attention turns to other conflicts, most notably the Russian invasion of Ukraine, there is a risk that the worsening man-made humanitarian crisis in Myanmar will be forgotten as the country becomes ever more isolated.

Nicholas Nugent reported from Burma for the BBC during an earlier anti-military uprising. He is co-author of Culture Smart! Myanmar