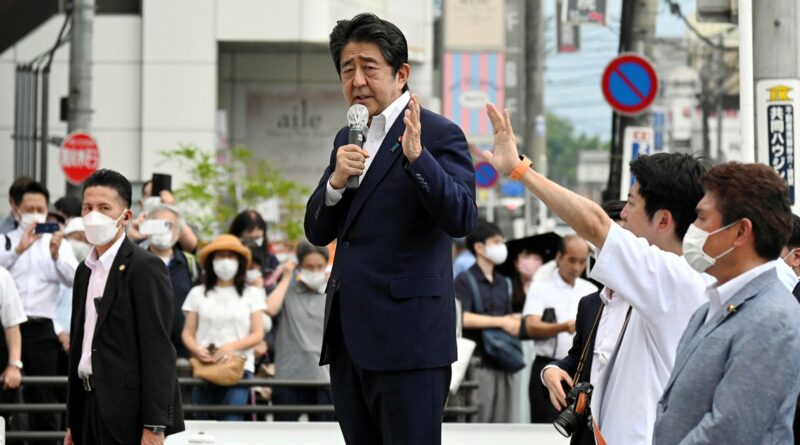 Could cult hold clue to killing?

When the shocking news broke that Shinzo Abe had been shot dead in Japan’s Nara Prefecture on July 8 while delivering a campaign speech, the first question that sprang to mind was: ‘Is this something to do with North Korea?’

The regime in Pyongyang has prior form for ruthlessly disposing of its enemies. One example is the 2017 murder, using nerve agent, of the exiled Kim Jong-nam at Kuala Lumpur airport. The victim was the half-brother of current North Korean leader Kin Jong-un, who was widely believed to have ordered the hit.

However, there is no recent occasion when the North Koreans have set their sights on a foreign enemy. Nor does the method – a homemade firearm – seem to fit their modus operandi.

Moreover, 41-year-old Tetsuya Yamagami, who was arrested immediately after Mr Abe’s assassination, is a Japanese national with no apparent links to North Korea.

So, why did he do it? The consensus in the international press is that the killing has something to do with a religious cult. While this is plausible, we need to exercise caution regarding the source of this information.

Much of what has emerged so far has come via briefings to journalists from anonymous figures within the police, who claim that they are relaying things said by Yamagami during interviews conducted since his arrest.

Other ‘evidence’ is supplied by reporters from Japan’s sophisticated and extremely intrusive media. Their key discovery is that Yamagami’s family was linked to the Unification Church, whose members are commonly known as ‘the Moonies’.

The president of the Japanese branch of the Unification Church, Tomihiro Tanaka, dealt with the media at a heated news conference three days after Mr Abe’s assassination.

He began by expressing sincere condolences and praying that the soul of Shinzo Abe finds peace. ‘This barbaric act should never have occurred and we are deeply offended by it,’ he said. ‘As a religious leader, I take very seriously the fact that such a grave event has taken place.’

At the press conference, Mr Tanaka told reporters: ‘I will state the facts to the best of our knowledge. First, the suspect Tetsuya Yamagami is not a follower of our group, nor is there any record of him having been a follower in the past. Second, the suspect’s mother is a follower of our church, and she has attended church events as often as once a month.’

He then faced questions concerning a theory that the church had caused financial hardship for Yamagami’s mother by pressing her for monetary contributions. Mr Tanaka said he could not comment on this because the police are investigating the matter. But he did insist that donationsto his church are always offered on a voluntary basis.

A few days after that press conference, the Kyodo news agency quoted ‘investigative sources’ which claimed that Yamagami had harboured thoughts of killing the leader of the Unification Church, Hak Ja Han Moon, who is the widow of its founder.

The Unification Church established branches in Japan in the late 1950s

However, according to the sources, it was decided that this was not possible because she has not been coming to Japan from South Korea since the Covid outbreak.

These sources also revealed that Yamagami claimed to have carried a knife and loitered around various locations, including an area where the Unification Church was holding a meeting.

Yet even if Tetsuya Yamagami did hold a grudge against the Unification Church, why would it lead him to shoot Shinzo Abe?

That question can only be fully answered by the suspect himself. However, since the murder, information about the links between Japan’s former Prime Minister and the Moonies has come to light.

The founder of the Unification Church, Sun Myung Moon, was born in North Korea in 1920, and as a young man was sent to a concentration camp for five years, on allegations of spying. He escaped when guards liberated the prison in 1950, during the Korean War.

The church established branches in Japan in the 1950s, when it found common cause with right-wing Japanese politicians – including Mr Abe’s maternal grandfather Nobusuke Kishi, a former Prime Minister – over their shared animosity for Communism.

As recently as 2021, Mr Abe lauded the organisation for its ‘focus and emphasis on family values’

Over the following decades, support for the church swelled and, according to the New York Times, Japanese followers generated billions of dollars in income for the organisation. Its adherents overlapped with like-minded members of Mr Abe’s political party, the conservative Liberal Democratic Party, or LDP.

Followers of Mr Moon seem to treat his words as gospel and have created websites recording his views. They say that in 1981 he claimed: ‘I am well versed in Communist theory. So, they can’t fool me with their deception. For the past 15 years I have been working with the Liberal Democrats in Japan to counter the Communist theory. Since things are changing as I have predicted, the Japanese have become more eager to consult me on these matters. Normally, the Japanese would not consult Reverend Moon, a Korean, on anything.’

While the LDP does not appear to be an active supporter of the Unification Church, it seems politicians hoped they could win votes by praising its conservative outlook. As recently as 2021, Mr Abe lauded the organisation for its ‘focus and emphasis on family values’.

But had he, I wonder, considered some of the more extremist comments on social issues voiced by the Reverend Moon?

‘We must realise that the hippies and yuppies, corruption, drugs, and so on are all part of Communist world strategies. In particular, free sex, homosexuality, the lesbian movement and other such phenomena destroy human rights and dignity,’ he thundered in a sermon quoted online.

There are certainly people in Japan who were vocally critical of Mr Abe’s connections with the Unification Church. For example, a lawyer’s association that has mounted a decades-long campaign against the group’s activities sent an open letter to Mr Abe, warning him that ‘cooperating with and supporting these events is absolutely not a good idea’.

It is possible that a person with a grudge against the church – such as Tetsuya Yamagami – could have read these reports, which were circulated on social media. They could have further fuelled an already existing inclination towards violence. All of this will be on the minds of the police, prosecutors and lawyers responding to the assassination of Shinzo Abe.

Yet will any explanation that Tetsuya Yamagami offers for his crime ever really provide an adequate answer to the burning question of why a greatly respected one-time leader was shot in broad daylight as he campaigned for political reform, just as he had all his professional life?

Mr Abe’s death is likely to have political repercussions. Perhaps it will enable the current Prime Minister, Fumio Kishida, to take a more independent path, now that his former mentor is no longer there to suggest adherence to past dogma.

Indeed, it is notable that Mr Kishida is already dropping his references to ‘Abenomics’, an economics programme which was designed to revive the ailing economy.

The LDP coalition’s expansion of its Upper House majority in the July election may have been, in part, down to a sympathy vote, but its strong political position gives Mr Kishida additional room for manoeuvre, including on the fraught issue of constitutional reform.

Shinzo Abe leaves behind him an impressive legacy. It is now down to his proteges to decide how they see Japan’s place in the world.