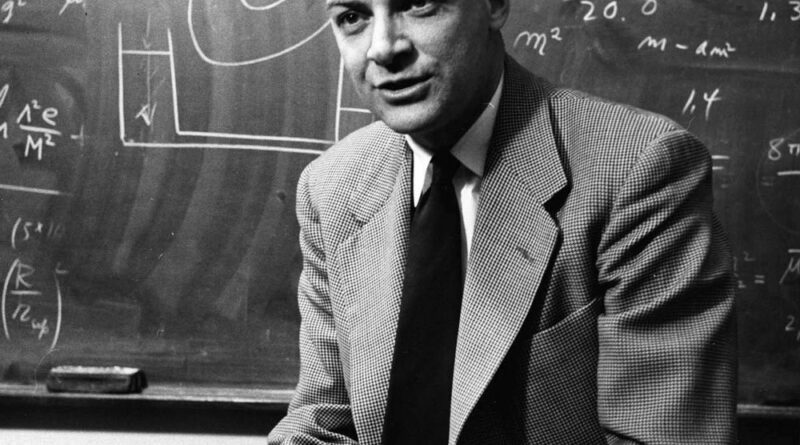 It is brain power that makes the tiny state of Israel a technological giant before which every Arab country must bow, writes Pervez Hoodbhoy

Is it some international conspiracy – or perhaps a secret weapon – that allows Israel to lord over the Mid­­dle East? How did a country of nine million – between one-half and one-third of Karachi’s population – manage to subdue 400 million Arabs? A country bui­lt on stolen land and the ruins of destroyed Pal­estinian villages is visibly chuckling away as every Arab government, egged on by the khadim-i-haramain sharifain, lines up to recognise it. Economically fragile Pakistan is being lured into following suit.

Conspiracy theorists have long imagined Israel as America’s overgrown watchdog, beefed up and armed to protect American interests in the Middle East. But only a fool can believe that today. Every American president, senator and congressman shamefacedly admits it’s the Israeli tail that wags the American dog. Academics who chide Israel’s annexation policies are labelled anti-Semitic, moving targets without a future. The Israeli-US nexus is there for all to see but, contrary to what is usually thought, it exists for benefiting Israel, not America.

It was not always this way. European Jews fleeing Hitler were far less welcome than Muslims are in today’s America. That Jewish refugees posed a serious threat to national security was argued by government officials in the State Department to the FBI as well as President Franklin Roosevelt himself. One of my scientific heroes, Richard Feynman, was rejected in 1935 by Columbia University for being Jewish. Fortunately, MIT accepted him.

What changed outsiders into insiders was a secret weapon. That weapon was brain power. Regarded as the primary natural resource by Jews inside and outside Israel, it is an obsession for parents who, spoon by spoon, zealously ladle knowledge into their children. The state, too, knows its responsibility: Israel has more museums and libraries per capita than any other country. Children born to Ashkenazi parents are assumed as prime state assets who will start a business, discover some important scientific truth, invent some gadget, create a work of art, or write a book.

In secular Israel, a student’s verbal, mathematical, and scientific aptitude sets his or her chances of success. By the tenth grade of the secular bagut system, smarter students will be learning calculus and differential equations, together with probability, trigonometry and theorem proving. Looking at some past exam papers available on the internet, I wondered how Pakistani university professors with PhDs would fare in Israeli level-5 school exams. Would our national scientific heroes manage a pass? Unsurprisingly, by the time they reach university, Israeli students have bettered their American counterparts academically.

In the 1880s, Zionism’s founders placed their faith solidly in education

There is a definite historical context to seeking this excellence. For thousands of years, European anti-Semitism made it impossible for Jews to own land or farms, forcing them to seek livelihoods in trading, finance, medicine, science and mathematics. To compete, parents actively tutored their children in these skills. In the 1880s, Zionism’s founders placed their faith solidly in education born out of secular Renaissance and Enlightenment thought.

But if this is the story of secular Israel, there is also a different Israel with a different story. Ultra-orthodox Haredi Jews were once a tiny minority in Israel’s mostly secular society. But their high birth rate has made them grow to about 10 per cent of the population. Recognisable by their distinctive dress and manners, the Haredim are literally those who ‘tremble before God’

For Haredis, secularism and secular education are anathema. Like Pakistan, Israel too has a single national curriculum with a hefty chunk earmarked for nation-building (read, indoctrination). In the Israeli context, the ideological part seeks to justify dispossession of the Palestinian population. Expectedly, the ‘Jewish madrassah’ system accepts this part but rejects the secular part – that is, the one designed to create the modern mind.

The difference in achievement levels between regular and Haredi schools is widening. While all schools teach Hebrew (the holy language), secular schools stress mastery over English while ‘madrassahs’ emphasise Hebrew. According to a Jerusalem Post article, Haredi schools (as well as Arab-Israeli schools) are poor performers with learning outcomes beneath nine of the 10 Muslim countries that participated in the most recent PISA exam. A report says 50per cent of Israel’s students are getting a ‘third-world education’.

The drop in overall standards is causing smarter Israelis to lose sleep. They fear that, as happened in Beirut, over time a less fertile, more educated elite sector of society will be overrun by a more fertile, less-educated religious population. When that happens, Israel will lose its historical advantage. Ironically, Jewish identity created Israel but Jewish orthodoxy is spearheading Israel’s decline.

There is only one Muslim country that Israel truly fears – Iran. Although its oil resources are modest, its human resources are considerable.

The revolution of 1979 diminished the quality of Iranian education and caused many of Iran’s best professors to flee. But unlike Afghanistan’s mullahs, the mullahs of Iran were smart enough to keep education going. Although coexistence is uncomfortable, science and religion are mostly allowed to go their own separate ways. Therefore, in spite of suffocating embargos, Iran continues to achieve in nuclear, space, heavy engineering, biotechnology, and the theoretical sciences. Israel trembles.

Spurred by their bitter animosity towards Iran, Arab countries have apparently understood the need of the times and are slowly turning around. Starting this year, religious ideology has been de-emphasised and new subjects are being introduced in Saudi schools. These include digital skills, English for elementary grades, social studies, self-defence and critical thinking. Of course, a change of curriculum means little unless accompanied by a change of outlook. Still, it does look like a beginning.

Israel has shown the effectiveness of its secret weapon; it has also exposed the vulnerability of opponents who don’t have it. There are lessons here for Pakistan and a strong reason to wrest control away from Jamaat-i-Islami ideologues that, from the time of Ziaul Haq onward, have throttled and suffocated our education. The heights were reached under Imran Khan’s Single National Curriculum which yoked ordinary schools to madrassahs. But even with Khan’s departure, ideological poisons continue to circulate in the national bloodstream. Until flushed away, Pakistan’s intellectual and material decline will accelerate.

The writer is an Islamabad-based physicist and author