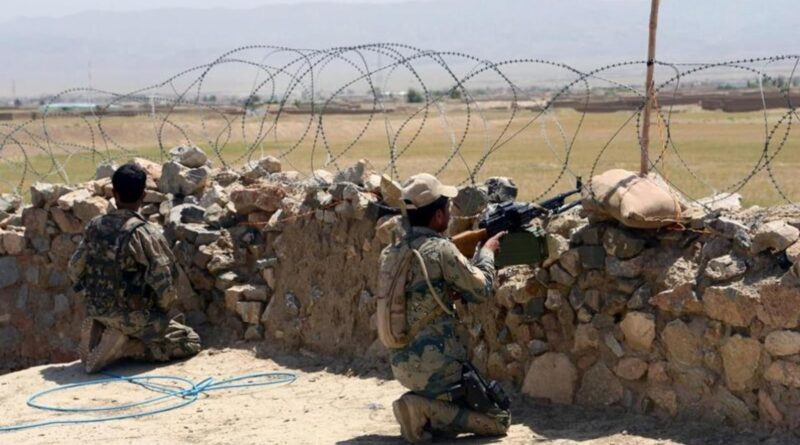 India’s resumption of formal ties with Taliban-ruled Afghanistan has more to do with strategic interests than recognition of the regime. But, warns Sudha Ramachandran, Delhi must tread carefully

Almost a year after it shut down its embassy and consulates in Afghanistan, India has returned to Kabul. On June 23, it re-established a diplomatic presence in the Afghan capital by deploying a ‘technical team’ to reopen its Kabul embassy.

India’s Ministry of External Affairs said in a statement that a ‘technical team’had been deployed in Kabul ‘to closely monitor and coordinate the efforts of various stakeholders for the effective delivery of humanitarian assistance and in continuation of our engagement with the Afghan people’.

Interestingly, the statement began by pointing out that ‘India has a historical and civilisational relationship with the Afghan people’. By placing its dispatch of the ‘technical team’ to Kabul within the context of its ‘relationship with the Afghan people’, India quietly clarified that its move is aimed at the populace of Afghanistan and does not amount to any recognition of the Taliban regime.

The reopening of its embassy in Kabul came three weeks after a high-level delegation of Indian officialsmet the Taliban’s acting Foreign Minister Amir Khan Muttaqi in Kabul. India had downplayed that visit, claiming its aim was ‘to oversee the delivery operations of our humanitarian assistance to Afghanistan’.The Afghan side subsequently revealed that establishment of diplomatic relations was discussed at the meeting.

India’s rapprochement with the Taliban marks a significant shift in its relationship with the group. Its relations with the first Taliban regime (1996-2001) were hostile and New Delhi did not have a diplomatic presence in Kabul. During this period, India, in fact, backed the Northern Alliance against the Taliban.

Between 2002 and 2021, India strongly supported the Hamid Karzai and Ashraf Ghani governments. It did not send troops to fight the Taliban but provided massive aid towards strengthening the Afghan state and the economy. It provided training to civilian and military officials, initiated livelihood projects and extended scholarships for Afghan students to study in India.

Unlike other governments, it failed to build contacts with Taliban leaders, suspicious over the latter’s continuing ties with Pakistan.  When the Taliban stormed Kabul, New Delhi was without friends in the new regime. Security concerns forced it to shutter its embassy and evacuate its nationals. Almost overnight, its footprint in Afghanistan shrank.

In the following months, security analysts questioned the wisdom of India exiting Afghanistan. Back in 1996, when the Taliban first marched into Kabul, India had little to lose. It had sat out the various rounds of civil wars in Afghanistan and had not invested in the country.

In 1996, when the Taliban first marched into Kabul, India had little to lose

But this time around, India’s situation in Afghanistan was very different. It had sunk billions of dollars in development aid into the country, built infrastructure projects and invested in the education and training of the younger generation.

More importantly, India today is a country with large ambitions. It is eyeing markets and resources in the Central Asian Republics. Accessing these will not be possible if New Delhi does not have, if not friendly relations, at least a working relationship with the regime in Kabul. Its investment in Iran’s deep sea port at Chabahar will be worth its while if India’s trade with Central Asia via Afghanistan kicks off.

Additionally, New Delhi has concerns over anti-India terror outfits like the Lashkar-e-Taiba and the Jaish-e-Mohammed getting sanctuary and support from the Taliban regime.

Indian policy makers would have calculated that engaging the Taliban regime was necessary to protect India’s security interests at home and strategic and economic interests abroad. To not engage the regime would leave space open that Pakistan would fill and exploit.

In the past, Indian security analysts used to argue that the Taliban’s dependence on the ISI for support and sanctuary had made it a Pakistani proxy. However, recent developments have changed that perception somewhat. Relations between the Taliban regime and the Pakistan government have frayed over Islamabad’s fencing of the disputed border, the Durand Line, and the Taliban’s extension of sanctuary to Pakistan Taliban militants. This has prompted India to rethink its long-standing reluctance to engage the Taliban.

As for the Taliban, deepening ties with India will provide it with more leverage in dealing with Pakistan.

The Taliban regime is unlikely to defy Pakistan to please Delhi

In recent months, the Taliban has signalled interest in deepening the relationship with India. Its acting Defence Minister Mullah Mohammad Yaqoob told an Indian television news channel that the Taliban ‘don’t have an issue’ with sending Afghan army personnel to India for military training.

Should that materialise, it would mark a giant leap in India-Taliban relations.

India’s rapprochement with the Taliban is a pragmatic move on the part of New Delhi. However, it needs to tread cautiously. The Taliban may have assured India that it will not allow anti-India terror groups to operate on Afghan soil, but will it walk its talk? Its dependence on the ISI may have fallen now that it is in power in Kabul. Yet, given its international isolation, the Taliban regime is hardly in a position to defy the few friends it has. Consequently, it is unlikely to defy Pakistan to please Delhi.

Importantly, the regime continues to be dominated by the hardliners among whom India has few allies. Sirajuddin Haqqani continues to call the shots in the regime and there are no signs that his ties with the ISI have weakened.

As India manoeuvres its way forward in dealing with the Taliban regime, it must remain cautious.